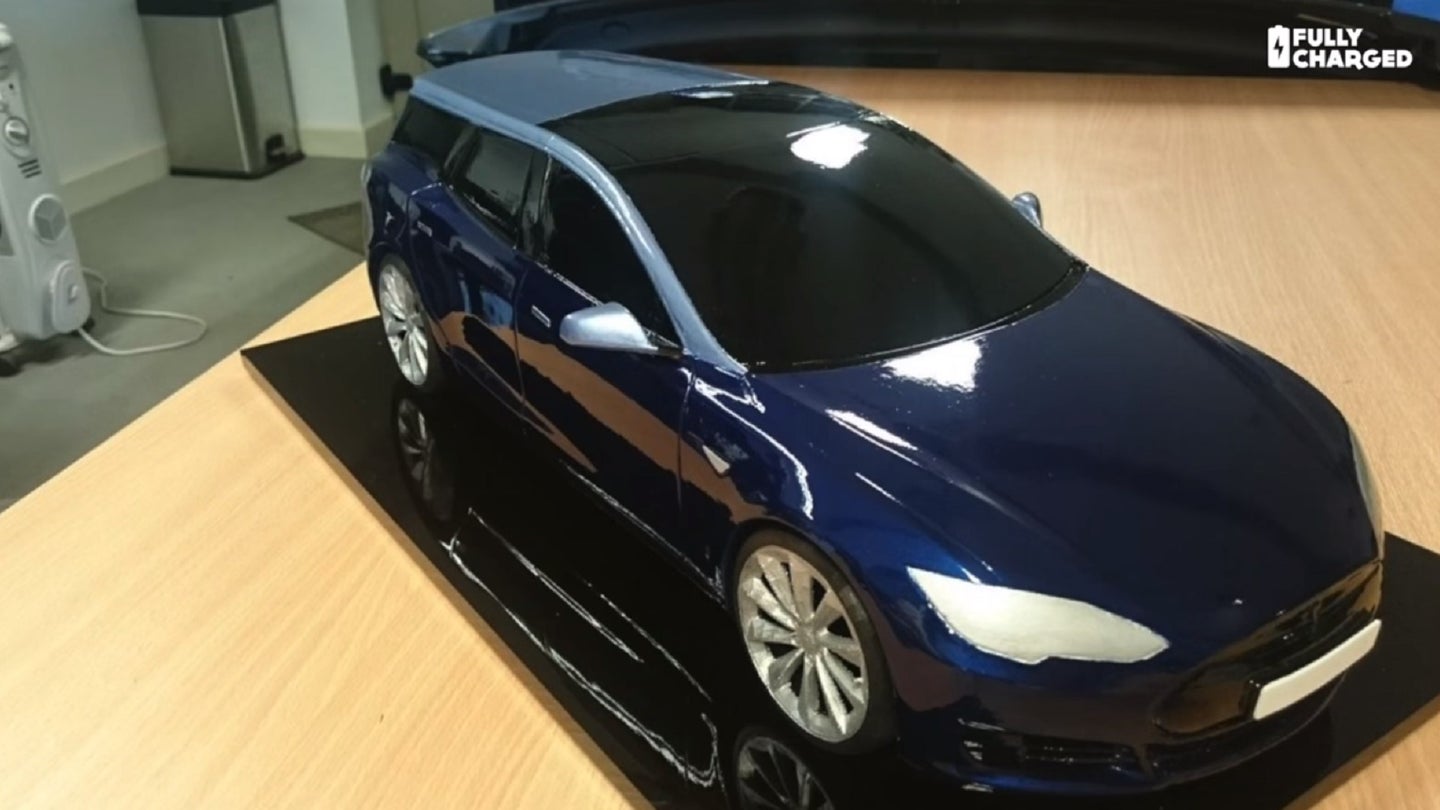 Wagons rule. Unfortunately, they were all but replaced by the minivan, which itself has been all but replaced by the crossover/SUV. Now, few wagons remain available in the U.S. They're more popular in Europe, but even there none of them are electric. Electrek reports that one Tesla Model S owner in the U.K. is such a wagon enthusiast that he is having his car converted from a swoopy sedan into a custom wagon.

This isn't some cheap hack job. The anonymous Model S owner commissioned some former engineers for Jaguar, Lotus, and McLaren to design and build the custom long roof. So far they have created a model of the wagon conversion. They have also built a mold for the composite roof extension, which the engineers believe will make their wagon version lighter than the original car. The Smyth Performance Ute also saves weight in the process of its conversion, so this is a very plausible claim.

The car is currently at the shop and has been cut, according to Fully Charged. The completed wagon should be ready by the end of the year. If successful, this group of engineers is considering a very limited run of up to 25 of these conversions for anyone else who wants to turn their Tesla Model S into a wagon. There is no word on how much this would cost, but we would expect it would not be cheap.

This may seem like a rather extreme way to make more room for your dogs in your Tesla, which is reportedly why this car's owner is going through all this trouble. Most people would simply opt for a Model X SUV to get more room. But wagons are awesome, and who are we to argue with anyone who wants to bring more wagons into the world?