Gigafactory 1 is producing more batteries for electric cars than any other manufacturer, and it's not even fully built. 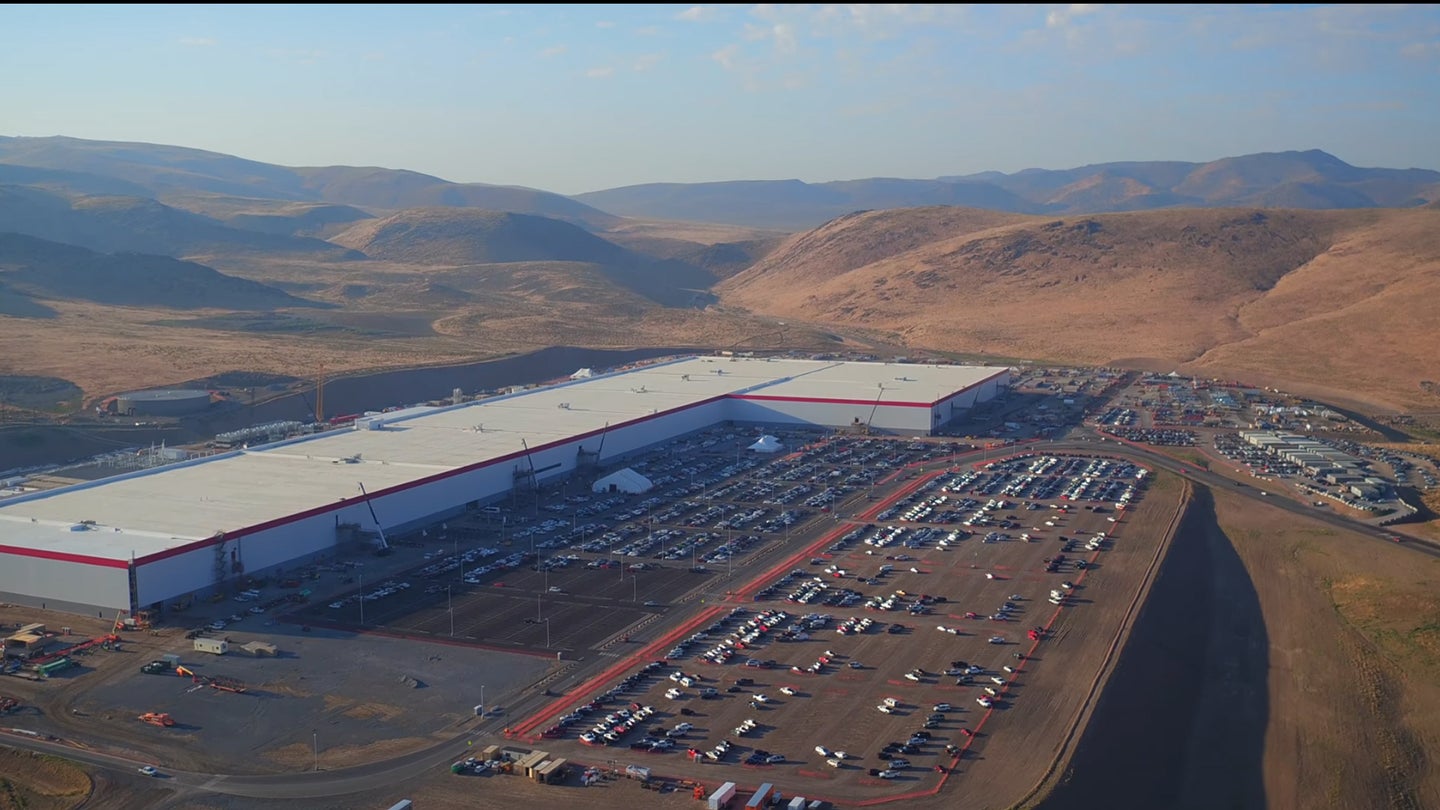 When you think of an electric car, what vehicle comes to mind? Five years ago, answer may have been the Toyota Prius or Honda Insight, but today, the pièce de résistance of the battery powered car world is Tesla. Being the one of the best selling electric car manufacturers isn't always just cut and dry—you need the production to back that up. This is where Tesla's Gigafactory comes in, an overly ambitious project which is now responsible for producing the most electric car batteries in the entire world.

The Nevada-based plant is set to become the largest building by overall square-foot area. Currently, only around 30 percent of the building is finished, occupying 1.9 million square feet per level. In its footprint, Tesla will bring more capacity for stored energy that we currently have a use for. Though still under construction, Tesla currently manufacturers a great deal of its batteries within the confines of its walls—including the batteries used for Tesla's Powerpack and Powerwall, as well as Tesla's newest addition to its fleet: the Model 3.

In a conference call with Goldman Sachs yesterday, Tesla CEO Elon Musk confirmed that Tesla is currently producing more battery capacity in its unfinished factory than any one single plant elsewhere in the world, according to Electrek. This huge accomplishment is occurring in only one of its proposed plants, meaning that as the company grows and continues to build additional Gigafactories, it will produce even more storage solutions to increase the limit exponentially.

Currently, Tesla is producing its new 2170 battery cell in the Gigafactory. This cell will be used in the Model 3 as an alternative to the 18650 cells found in the Model S and Model X. Musk has previously stated that the shotgun shell sized is not only the best (most efficient?), but is also the cheapest cell to be produced, undercutting the competition. As of now, the cost to produce the 2170 cells are slightly higher, but as production and demand for the Model 3 grows, the cost will be greatly reduced.

It is unclear if Tesla plans to utilize its batteries just for itself, or if it plans to scale its capacity to also become an OEM supplier of batteries. Regardless of future plans, Tesla has already accomplished affordable and efficient production of lithium ion based storage, something which may be short-lived. Tesla might want to begin looking into taking a page from the books of Toyota and Fisker to begin research on a graphene-based solid state battery.