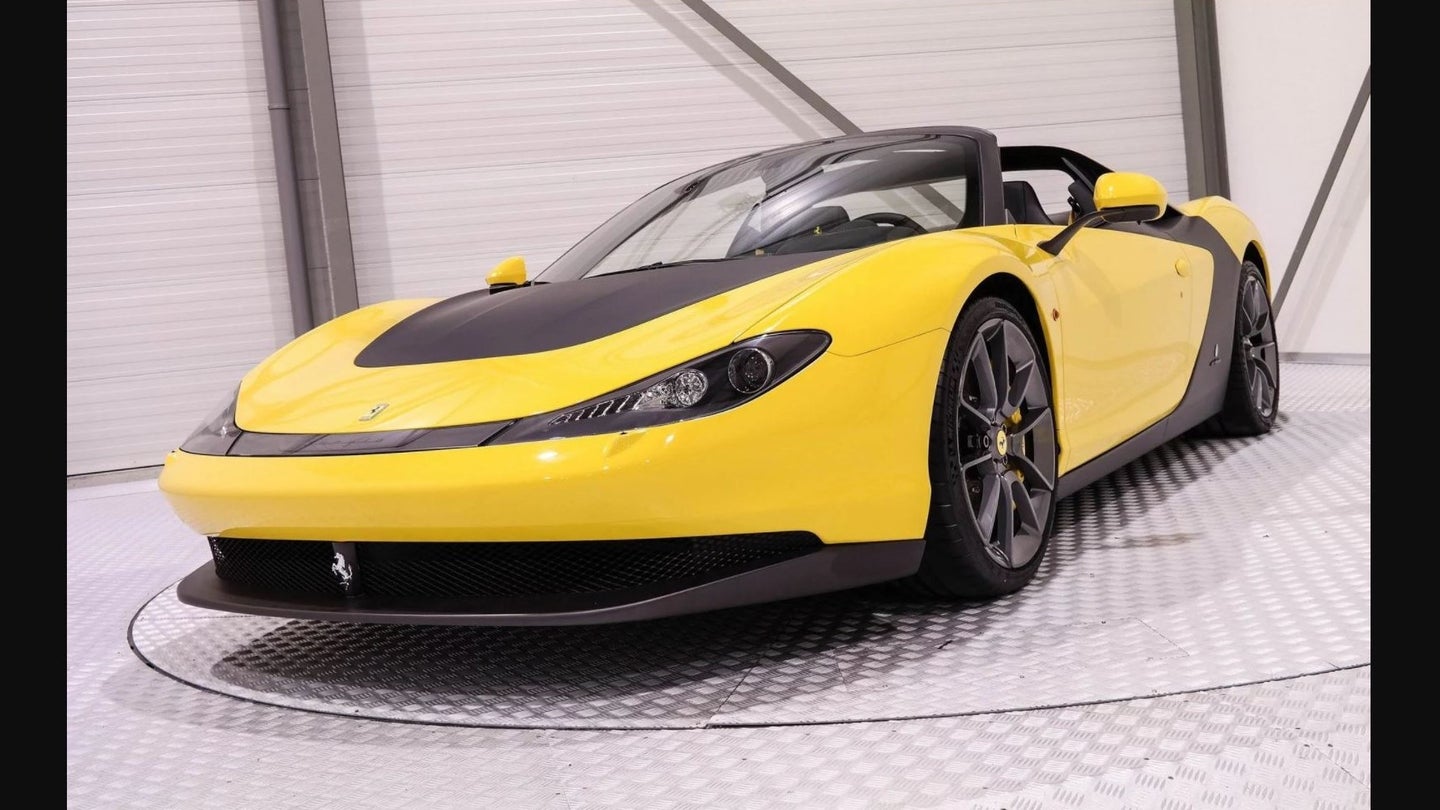 Get out your checkbook. An extremely exclusive 2015 Ferrari Sergio is for sale in the Netherlands on James Edition for about $5.06 million (converted from €4.3 million).

If you’ve never heard of the Ferrari Sergio, we don’t blame you. Only six of these gorgeous roadsters were built. It’s based on the Pininfarina Sergio concept which was built in honor of Sergio Pininfarina who passed away a year before it was debuted in 2013. Sergio Pininfarina was integral to the Pininfarina company working mostly with Ferraris. He’s the guy who convinced Enzo Ferrari to start building mid-engine road cars and the rest is history.

Appropriately, this Ferrari Sergio is based on the mid-engine 458 Special with a naturally aspirated 4.5-liter V8. The Pininfarina Sergio concept this Ferrari is based on was also shared a platform with the 458 which made it possible to bring a version of it to production. The concept was a modern “barchetta” which means it had an open body with no windshield like an old-school race car. It even had two matching helmets for the occupants.

Other than those pesky things a car needs to be street legal like mirrors and a windshield, the production Ferrari Sergio isn’t too different than the concept. This one, in particular, is has a striking yellow and black paint scheme and was originally delivered to a customer in Switzerland. If you wanted one when it was new, you couldn’t just stroll into a dealer and buy one. It was available for purchase by invitation only.

These originally sold for about $3 million so they’ve experienced quite an appreciation in value. Three of the six were sold in the U.S., so it’s possible you’ll be able to get your hands on a USDM example at some point. But if you need a Ferrari Sergio right now, this might be your last chance to buy one for a while.