Here's the History of the First Hot Hatch: the Volkswagen Golf GTI

Behind all good cars, there's an even better story. 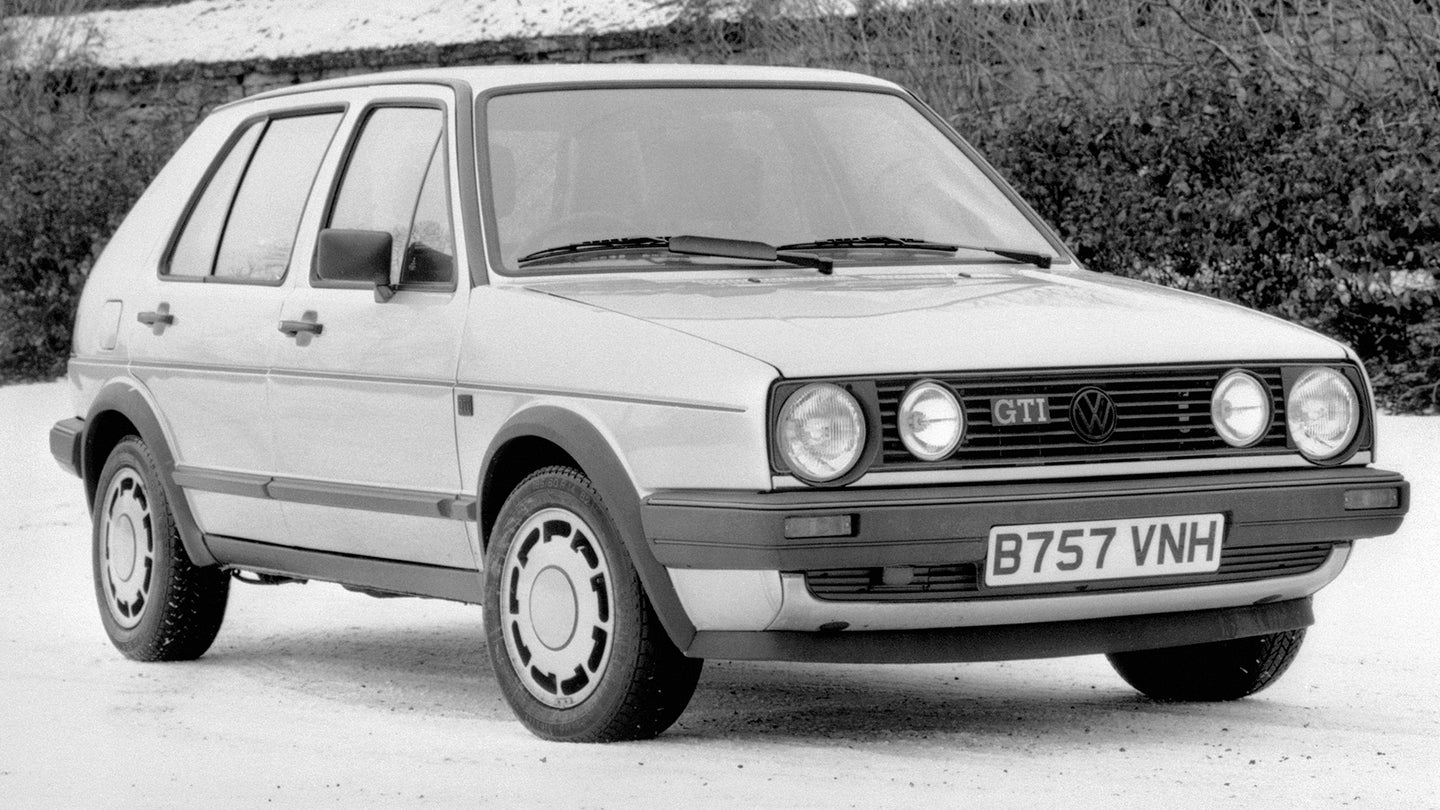 Volkswagen was born in the 1930's in hopes of becoming the "people's car". After years of development Volkswagen released an affordable replacement for the Beetle, aimed at being a long range commuter that you can fit the entire family in. If being sensible wasn't enough, the Germans decided to make a performance variant that turned into the fun-loving hatch that we know today. This video by Donut Media is one of the videos in their "Up to Speed" series that covers the history of an iconic car. No different than their coverage of the Nissan Skyline, the Golf GTI's long winded history is easily summarized into the reasoning of just why it became the father of the hot hatch.

After the nearly forty-year run of the Beetle, Volkswagen introduced the Golf in 1974. It's goal was to be a family commuter, maintain Volkswagen's reliability for long-range trips, and be affordable enough for the general public to buy it. Not only did they meet those goals, but it was enough to convince the company to build a performance variant of it (amid some internal controversy. Two years later, in 1976, the Volkswagen Golf GTI was born.

This is about the time where other manufacturers got on board. In Europe, Peugeot decided to release a "GTI" version of their popular 205 hatchback. Renault did the same with its 5 GT Turbo, so did Vauxhall with the Astra, and eventually Ford even joined in with the Escort XR3i. So the 1980's hot hatch race began. Though Europe was most popular with the hot-hatches in the 1980s, their spillage made their way to the United States by influence on modern-day performance hatches like the Fiat 500 Abarth, Mini Cooper S, Nissan Juke-R, Subaru WRX and STI hatches, as well as the Ford Focus ST and RS models.

Volkswagen continued to release performance variants of GTI in later model years. From 1993 until 1999, Volkswagen sold its MK3 Golf GTI with a narrow angle "VR6" 6-cylinder 12-value motor in addition to its economy Golf line. In 1999, Volkswagen split its model-year production by offering the MK4 GTI. Later in that generation, the 12-valve VR6 was swapped for a more powerful 24-valve engine, and a new performance variant equipped with a 3.2-liter VR6 and all-wheel-drive was birthed: the R32. In 2006, Volkswagen released its MK5 generation in the United States. It offered one basic gasoline-powered engine which it shared with many other current-generation models, the 2.0 liter inline-four FSI. This was also the first year where VW offered an automatic dual-clutch gearbox, known as the DSG, For model-year 2008, Volkswagen released the R32 variant for the MK5, offering an additional 50 horsepower out of a traditional 3.2 liter VR6 and all-wheel-drive. Mixed reviews were sent by enthusiasts when only the automatic DSG transmission was made available.

In 2009, Volkswagen of America brought forward the TSI into its MK6 GTI platform. A more robust engine, though the same displacement, was used in combination with a smaller turbocharger to produce an additional 10 horsepower over the MK5. 2012 brought the Golf R to the scene, dropping the "32" from its designated nomenclature to indicate that it no longer offered 3.2 liters of displacement, or the infamous VR6. Instead, Volkswagen brought back the FSI with a larger turbocharger (producing 46 more horsepower than the MK6 GTI), manual transmission, and the option for two additional doors. 2015 brought forward the MK7 GTI - 227 horsepower for its base GTI, and 296 horsepower for the Golf R, which VW will sell with some aftermarket goodies from the factory.

The Golf GTI has had its run at being one of the most influential hatchbacks of all times. Though becoming more "disconnected" from the road, as it ages, driving one feels timeless. Whether it was cruising along a curvy road in your MK2 or enjoying the modern feel of your MK7, the roots of the Volkswagen brand still feel firmly planted.