Mercedes celebrates it's 50th with facelifts to its exotic grand tourers to better resemble the AMG GT R. 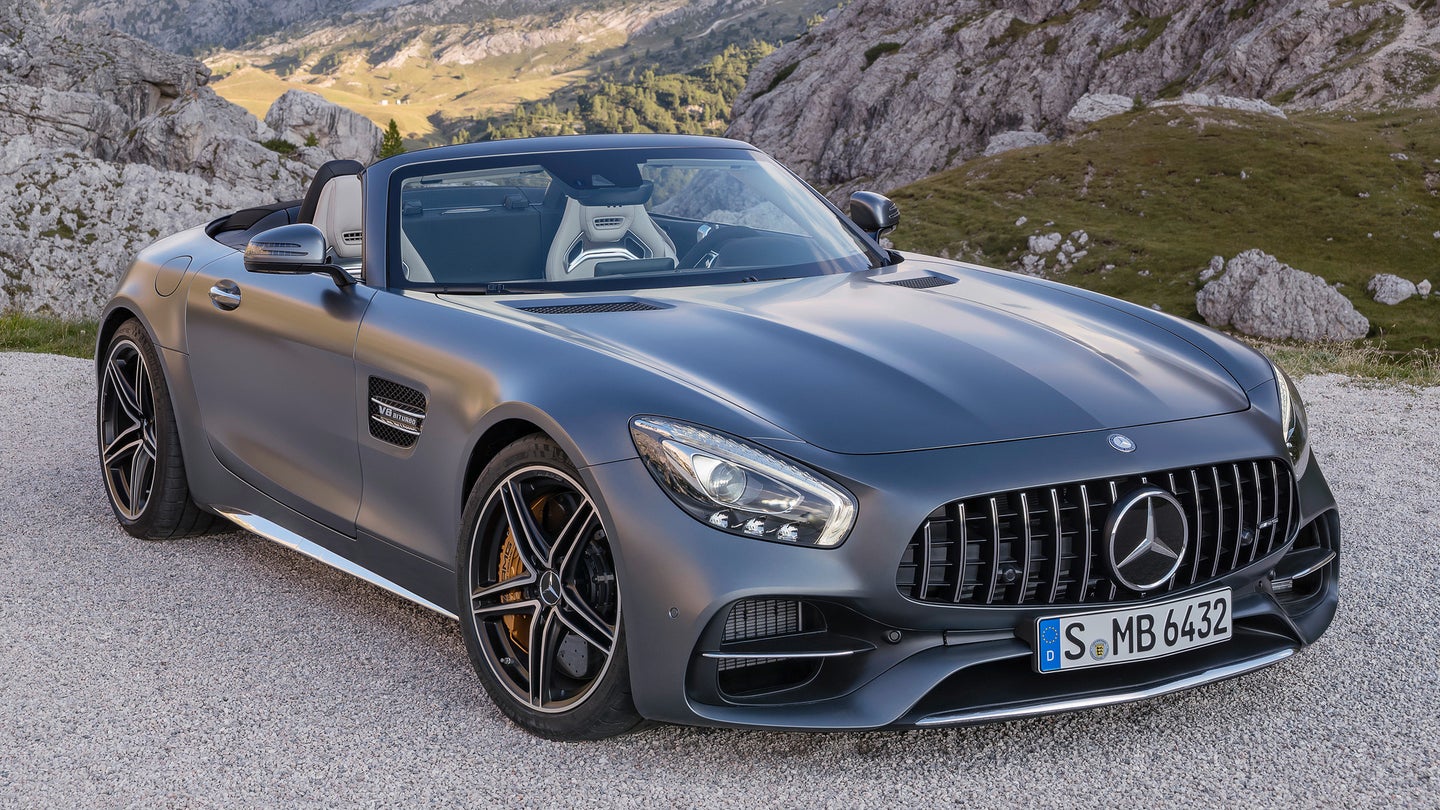 Daimler's performance branch Mercedes-AMG is having a year-long party to celebrate its semicentennial birthday. AMG already treated fans with a concert and special editions of many of its performance-tuned models, but the festivities don't end there. Since the car's debut in 2014,  Mercedes has built an entire family for its venerable AMG GT class, and now every member is getting an update. Although AMG lovers still don't have any information about the rumored GT Four sedan, now we have plenty to talk about with the GT's already-impressive lineup. With two new roadsters added to the family, the GT is truly becoming Mercedes' halo car.

Mercedes-Benz USA announced Friday that the full AMG GT lineup will get new performance upgrades and technology. To start, every AMG GT has been face lifted with the GT R's prominent Panamericana grille and bigger air intakes. All GTs also feature the AMG GT R's AIRPANEL active aero system as well as new sport suspension taken straight from AMG's race cars. AMG is also retuning its signature 4.0-liter V8 Biturbo for more power and torque so the GT and GT S should receive a bump to 469 and 515 horsepower, respectively.

The entry-level AMG GT twins now have more optional equipment and packages for owners to make their luxury grand tourers truly theirs. Taken from the GT R, the AMG Interior Night package wraps most of the interior in high-gloss black, except for the included AMG Performance steering wheel and new stainless-steel, illuminated door sills. The AMG Exterior Carbon Fiber package does exactly what the box says, covering the front splitter, rear diffuser, side skirts, and mirror housings in the stuff.

The AMG GT C now receives a limited-slip differential, as well as the Edition 50 package when it launches this fall. This package, limited to 50 new GT Cs,  celebrates Mercedes-AMG's 50th anniversary of course, including subtle but exclusive visual characteristics and a new Graphite Grey Magno exterior color.

Finally, all AMG GTs are now available with AMG Track Pace, a smartphone app that can transform your phone into a track computer.