When the Shop Won’t Patch Your Tire, Patch It Anyway

They said it couldn’t be done. I proved them wrong. 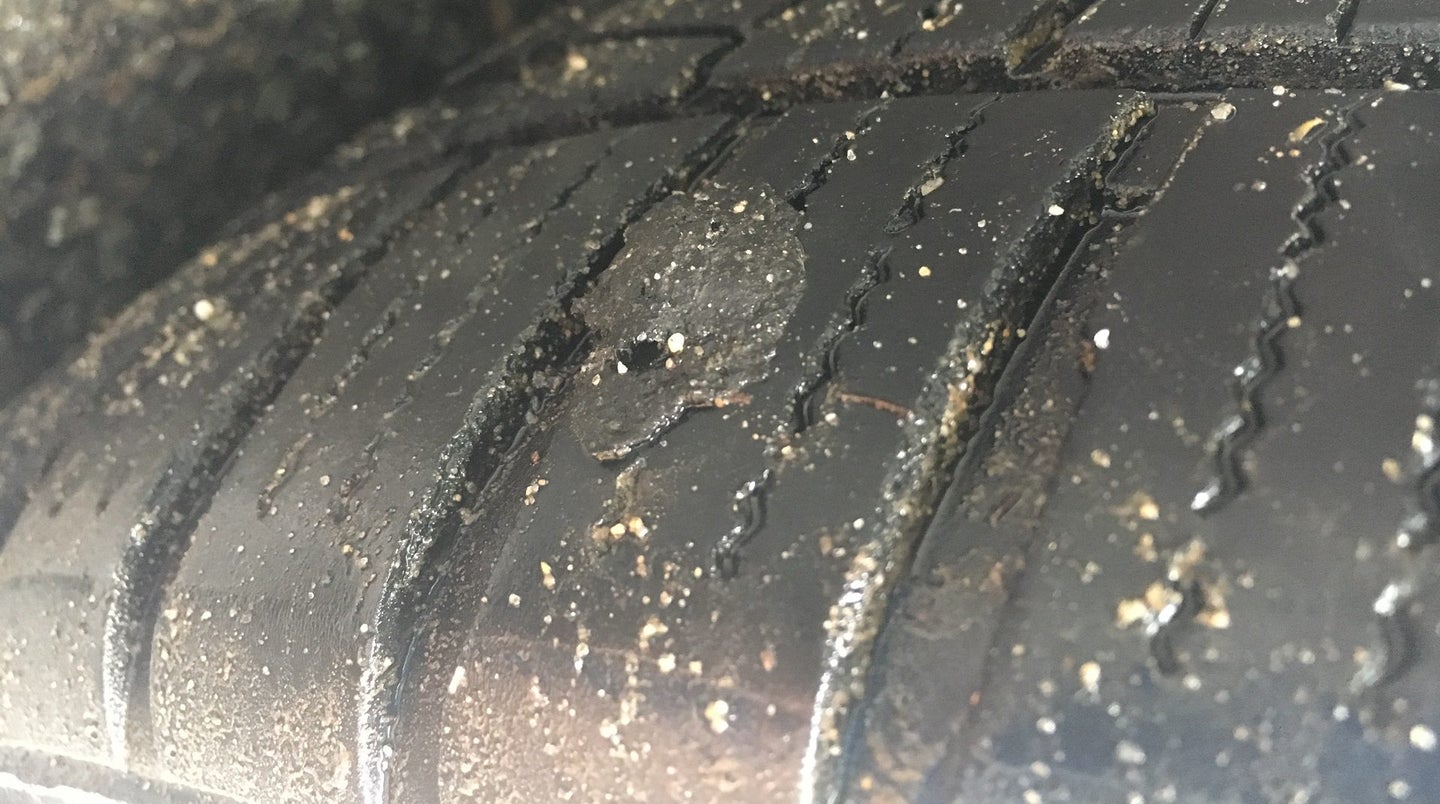 For the second time this summer, we found a screw embedded in one of my wife's tires. A flurry of new house construction has led to debris on our road on a regular basis, not to mention getting run off the road regularly by speeding construction vehicles. She took it to our nearby tire shop who patched it the last time this happened. This time they refused, claiming that the hole was too close to the sidewall. While it was in the outer row of tread, it didn't seem that close to the sidewall to me. I would never try to patch a sidewall puncture, but I offered to try my new patch kit on her tire. She agreed.

I got the patch kit for my motorcycle, which doesn't have a spare tire like a car. I'd never used it, but it seemed pretty simple. After removing the wheel from the car, I pulled out the offending screw. Then I used a punch/file tool to open the hole to the correct size and rough up the edges a bit. The patch itself is a six-inch long string of goop. This goes through a special needle, then gets punched into the hole as far as it will go. The patch remains when you pull out the tool and seals the hole. Refill the tire with air and you're good to go, in theory.

I was thankful for the outlet in the back of my wife's Ford Flex, making it very easy to re-inflate the tire. Once it got some pressure into it I poured some water on the patched area and checked for air bubbles that would indicate a leak. There were no bubbles, so when it reached the recommended pressure I put the wheel back on and torqued the lug nuts to spec. The pressure held steady with the weight of the car on it. So I took it for a test drive on the twisty road we live on, applying loads at various angles and speeds as I went. The pressure was still steady when I got back. With no previous experience patching tires, I had done what the shop said they couldn't.

The shop's concern was probably liability more than anything. They likely didn't want to patch a tire that they couldn't guarantee would hold air indefinitely. I don't know how long my patch will hold, but you get what you pay for. It at least buys us some time to look into a replacement rather than it being an immediate emergency.

On this episode of DIY Lab, Spinelli fixes an annoying electrical problem with the Jag, with some help.