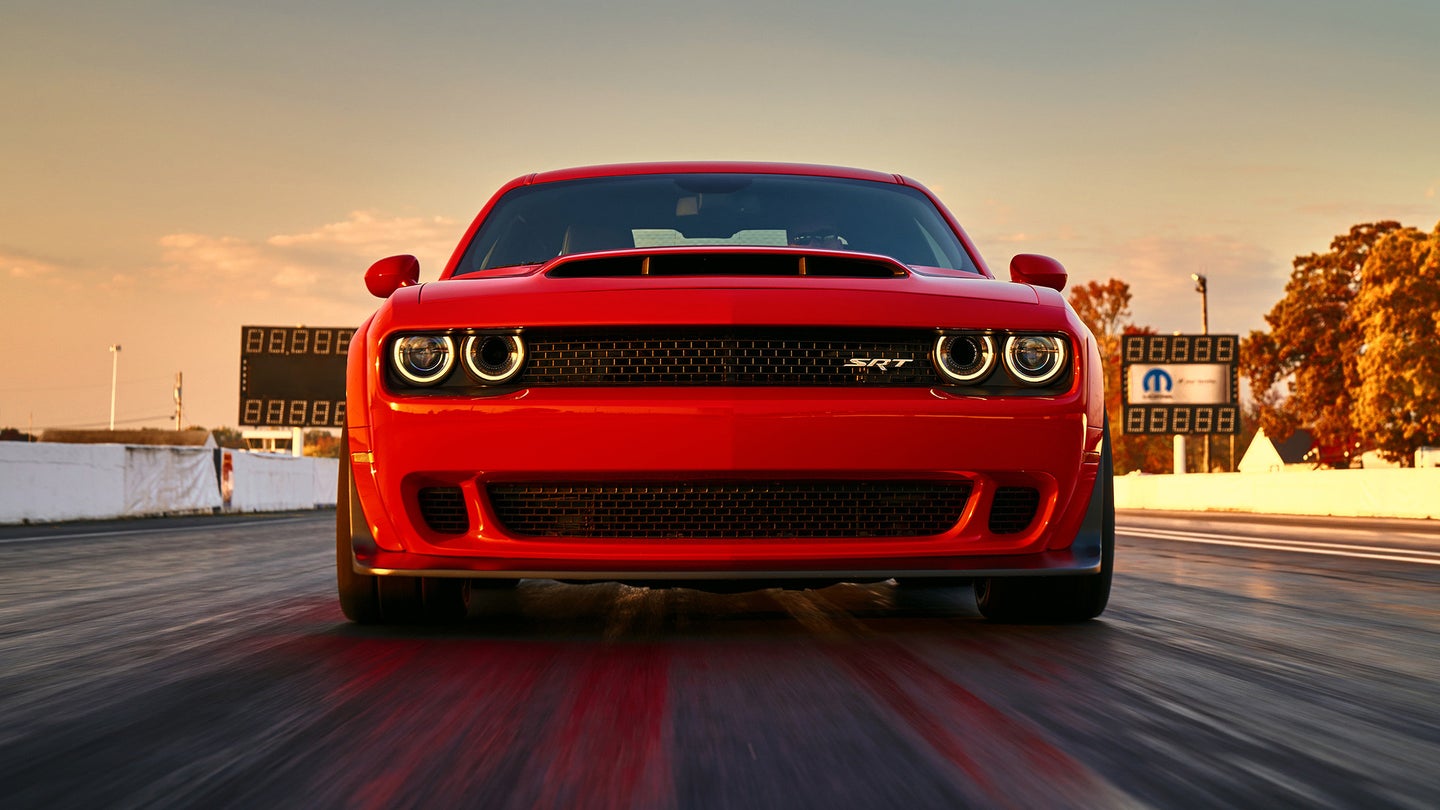 Dodge created plenty of hype for the launch (pun intended) of its Challenger SRT Demon drag star, enough to set the car world on fire for the hellacious brute. The brand was able to surround the car with a sort of stigma that often lacks when it comes to new vehicle releases, pulling it off with a certain panache that only a few could. But recent news has broke that Dodge's parent company, Fiat Chrysler, has filed for a trademark on the name "Angel." So what does that mean?

The United States Patent and Trademark Office released this information, claiming the trademark request fell under the category of "Motor vehicles, namely, passenger automobiles, their structural parts, trim, and badges."

Will this be the softer, road-friendly version of the Demon? Or will it be a hybrid-performance model that FCA CEO Sergio Marchionne has promised us? It's hard to tell at this point. With the name being the exact polar opposite of Dodge's recently released muscle car, it's all left to speculation.

There have been no hints dropped by the manufacturer, and if we're honest, we don't know how soon FCA plans on dropping any. Marchionne did mention earlier on that he plans to electrify half of the auto group's fleet by 2022, meaning that this could potentially be part of that initiative.

Until we hear more from the brand or, heaven forbid, some type of leak, then we will be stuck playing the guessing game.

Have any guesses? Let us know what you think in the comments below, or please drop us a line on Facebook as we're interested to see what direction you think FCA will take with this intriguing moniker.