It's one of only three in the United States. 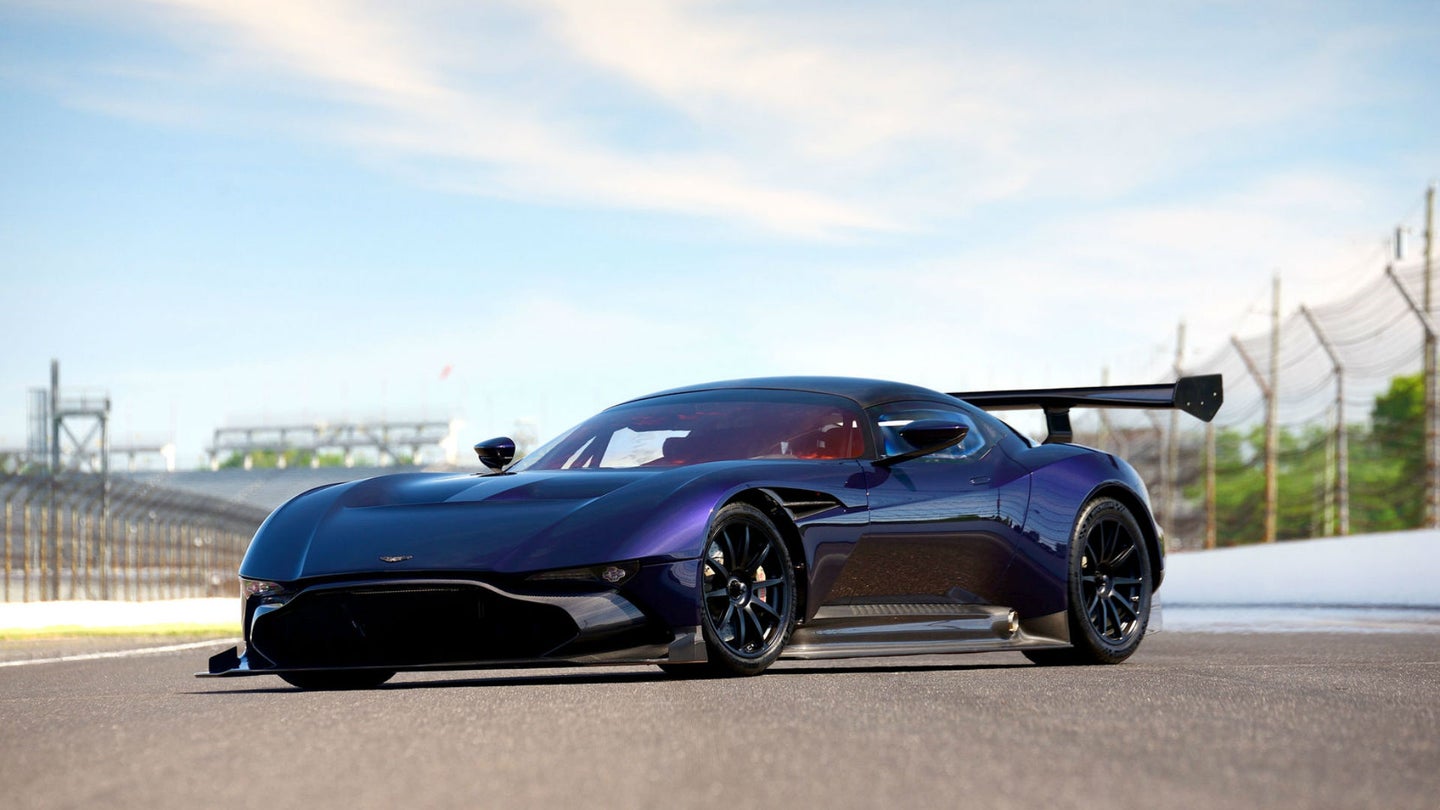 Aston Martin surprised us when it unveiled the glorious V12 Vulcan track king in 2016. Every figure related to the car was astonishing including the 820 horsepower 7.0-liter engine and its multi-million dollar price tag. Only 24 were built, and just three of those came to the United States. One part of that holy trinity is now for sale once again, and even after a year on the market, it demands your attention.

This wonderfully purple machine is being offered by the premium auction service, Mecum, with everything you need included in the sale. It's only traveled 100 miles in its short life, making it an essentially brand new offering that happens to have belonged to a special caretaker. 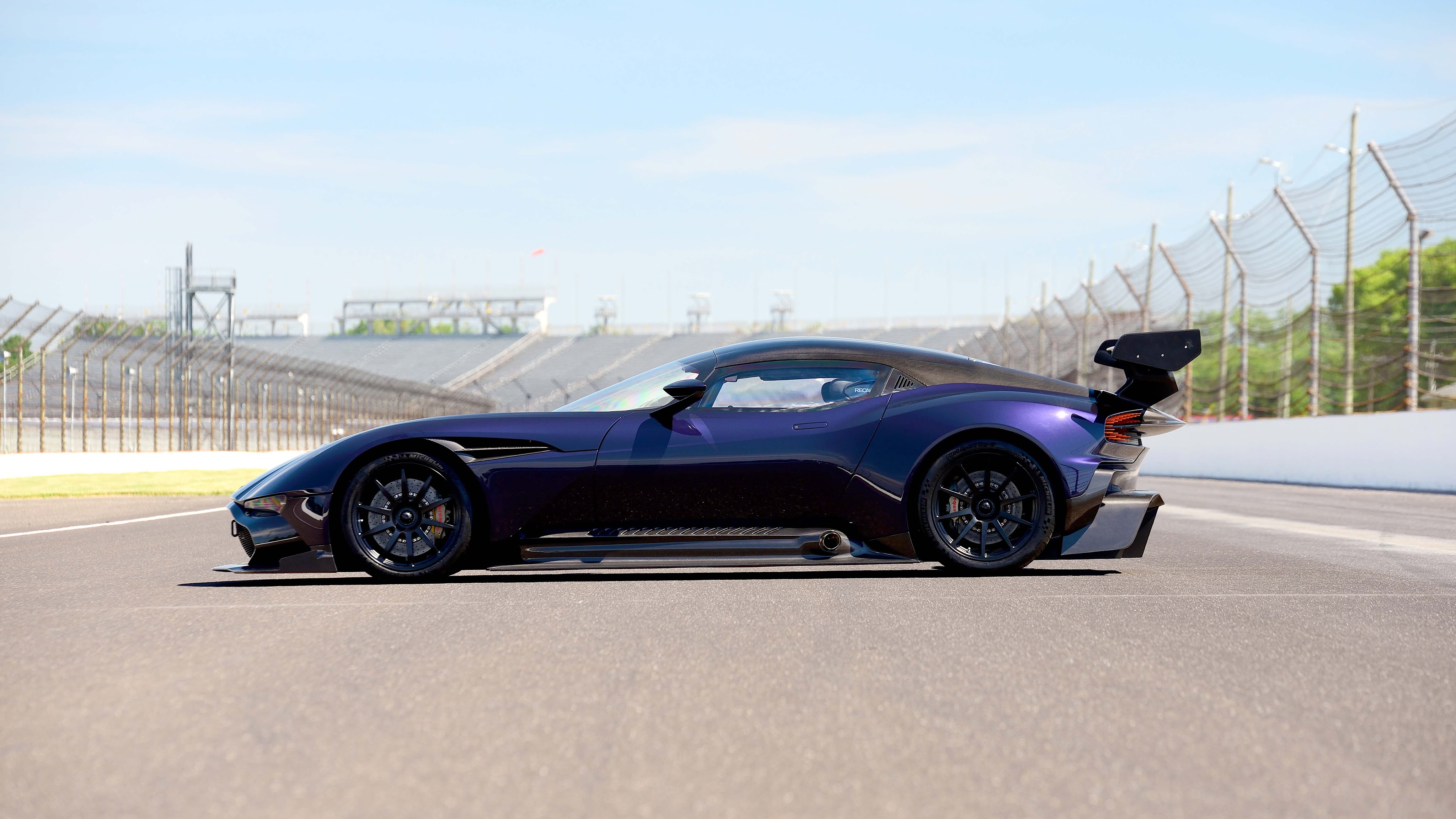 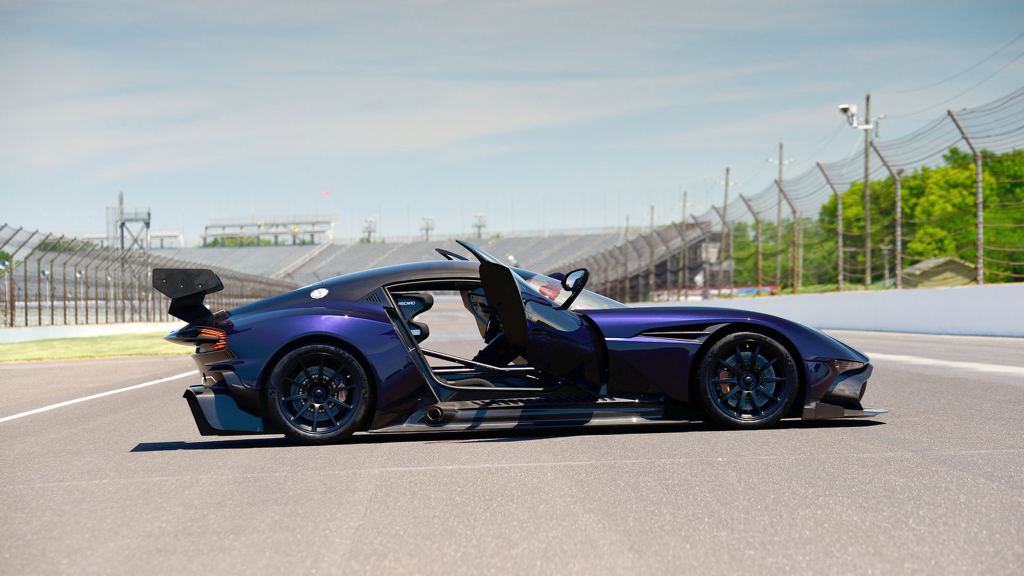 Special bits that make it even more exclusive, if there is such a thing, comprise of Mokume Carbon Accents on the dash and body sides. It's one of only four in the world to have those features, and the allusive paint scheme helps matters, too.

Along with all of these rarities, you get all the goodies that came with the Vulcan from the factory including loads of technology—even more so than the marque's Vantage GT3 racer. It produces more than 3,000 pounds of downforce thanks to that massive rear wing and other aero trickery, and dependent on the driver, it could surely set a few track records. What it isn't, however, is road legal, so don't expect to take it on a day cruise on the Pacific Coast Highway if you happen to pick it up at the upcoming Monterey Car Week.

The Vulcan will be auctioned there, and surprisingly, it's expected to sell for a much lower sum than it did originally. Last time this example was on the block, it went for $3.4 million, a staggering amount. But now, Mecum expects it to go for a $2.3 million minimum—in laymen's terms, that's a lot.

The event runs from August 15-21, so expect to see news breaking during that time.