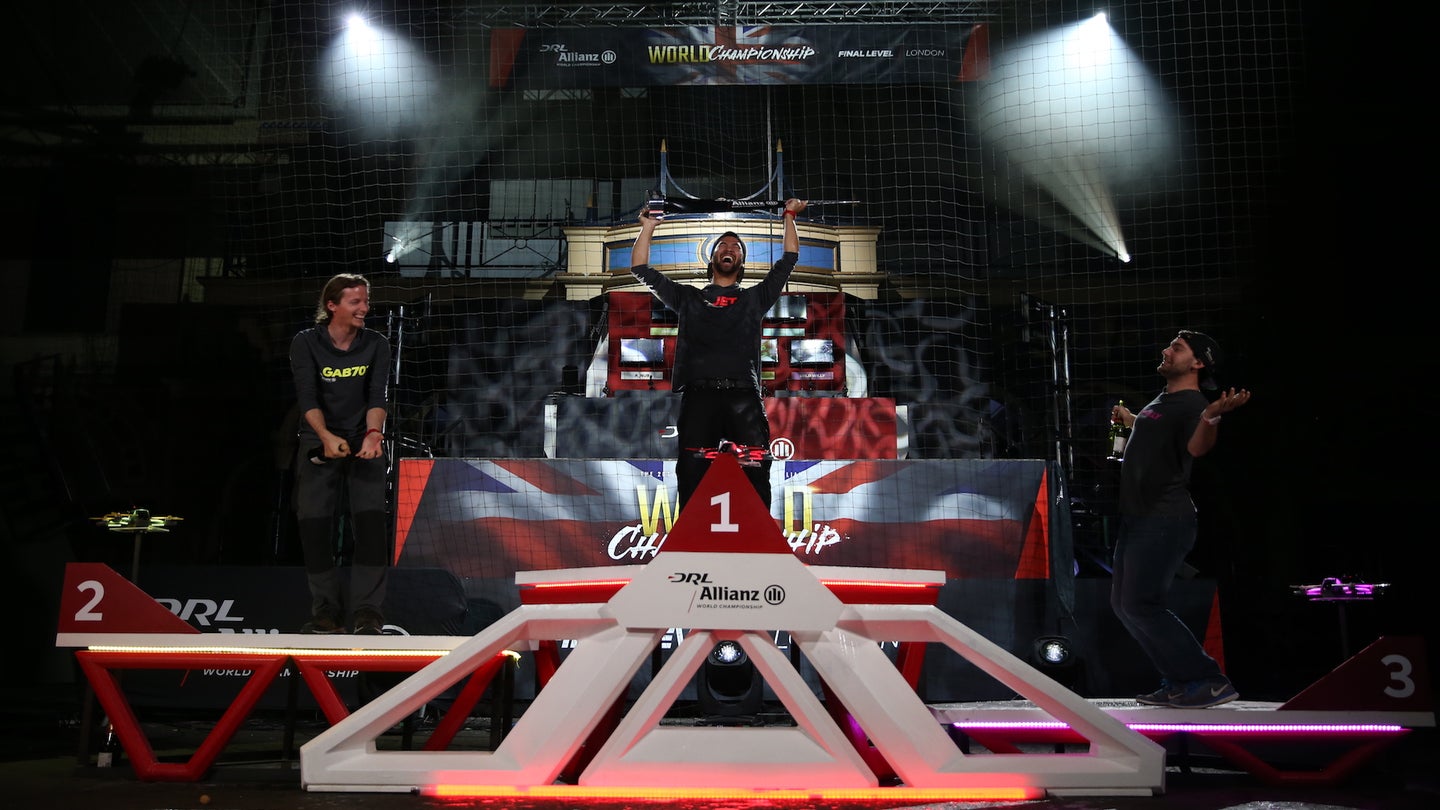 Jordan "Jet" Temkin was been crowned 2017 Drone Racing League (DRL) Allianz World Champion at the championship finale at the Alexandra Palace in London this past Friday. All eight drone pilots have been battling for "World's Greatest Drone Pilot" all season in a 'round robin' format. Having won that title in 2016, 25-year old Temkin has been a favorite to win this year as well. Turns out the pilot from Fort Collins, Colorado hasn't lost his edge, successfully retaining his spot at the top.

Founder and CEO of the DRL, Nicholas Horbaczewski, said that the company is "so proud of Jet, a two-time DRL winner, who consistently navigated hair-pin, razor sharp turns with precision and speed. He has proven himself to be the best drone pilot on the planet, and we can’t wait for him to return for the 2018 Season." Surely, all bets will be on Temkin next season as well, unless a dangerous new challenger rises up in the next twelve months. Anything could happen, after all.

Temkin was piloting a hand-built DRL Racer3 drone (we reported on this past April) at speeds over 80 miles per hour, through what the DRL calls the "FPV Power Loop", which is essentially a number of gates made of light through which pilots need to invert their drones to properly guide them through. Let's take a look at that for a second, shall we?

The world's greatest drone pilot had some things to say himself, about this victory and his passion for the eSport. "Being named the 2017 DRL Allianz World Champion feels surreal, and winning for a second season proves that practice pays off. Winning DRL allows me to continue doing what I love: drone racing all day, every day." Let's take a look at some photos of the champ and his runners-up!

The finale, which aired on Friday, will be shown in more than 75 countries across the world on channels such as ProSieben, Sky, OSN and Disney XD.