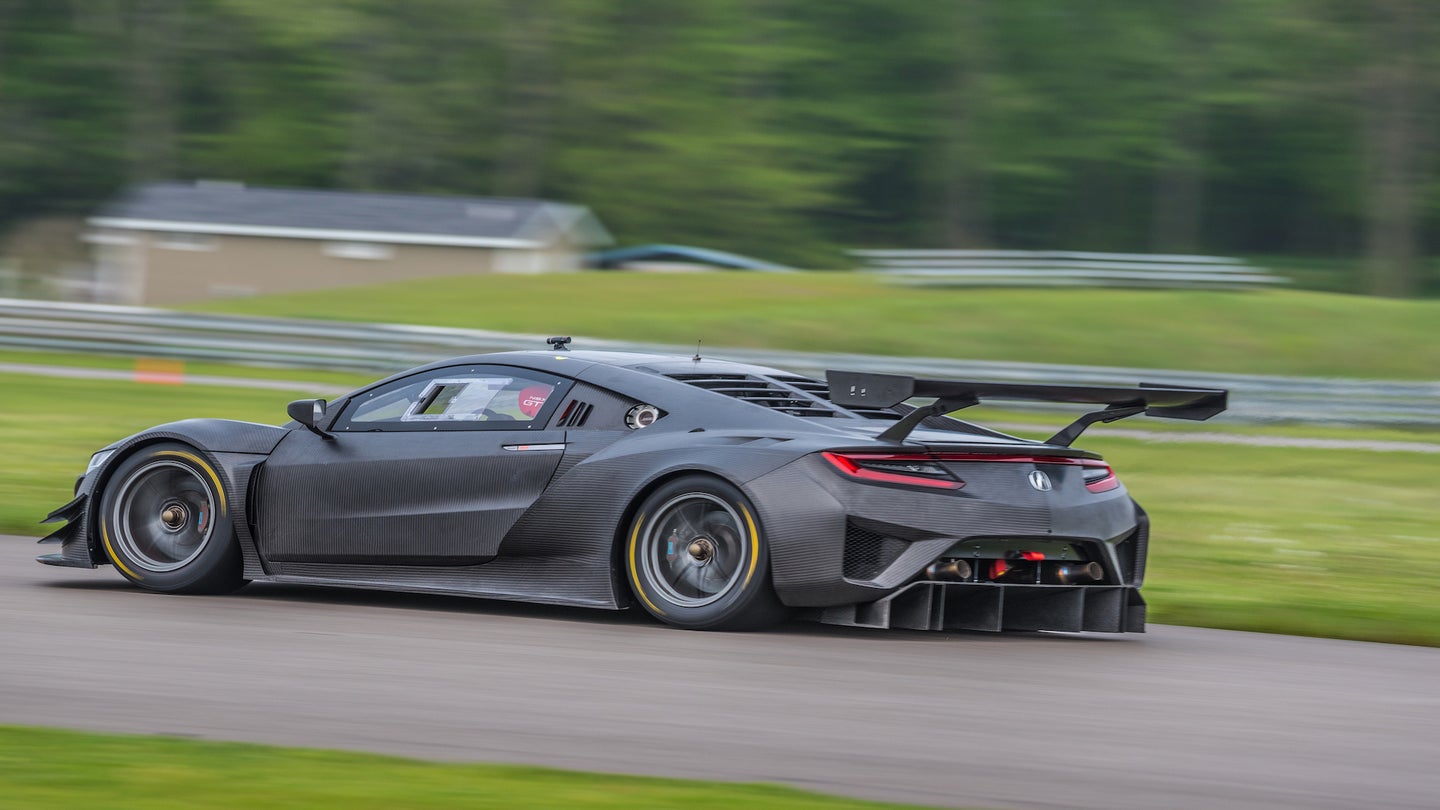 GT3 customer racing is one of the most accessible forms of professional Motorsport. It allows anyone with pockets big enough to afford a car and a team to compete in serious championships like the Pirelli World Challenge. Acura is one of the newest companies to jump on the GT3 bandwagon, as it debuted its NSX GT3 just last year. The NSX impressed in its first season, securing two wins in the IMSA WeatherTech Sportscar Championship. Honda apparently wants to share the glory so now, the NSX GT3 available to purchase for everyone.

Acura announced Thursday that the NSX GT3 is now officially on sale for roughly $540,000 (converted from €465,000). The Honda Performance Department is taking North American orders right now, with MUGEN handling Japanese orders; JAS Motorsport is responsible for all other countries and will start taking orders soon.

The NSX GT3 already sports an impressive resume, having competed in most of North America's premier race tracks and claiming victories initially at the Detroit Street Circuit and then at Watkins Glen. According to Acura, the carbon fiber-clad race car qualifies for a majority of FIA championships, including the Blancpain GT, Pirelli World Challenge, and Intercontinental GT Series.

If you have the cash and need to find a car to scratch the GT3 itch, the NSX GT3 shouldn't be low on your list.