Dominik Farnbacher set the lap with the support of privateers and crowdfunding. 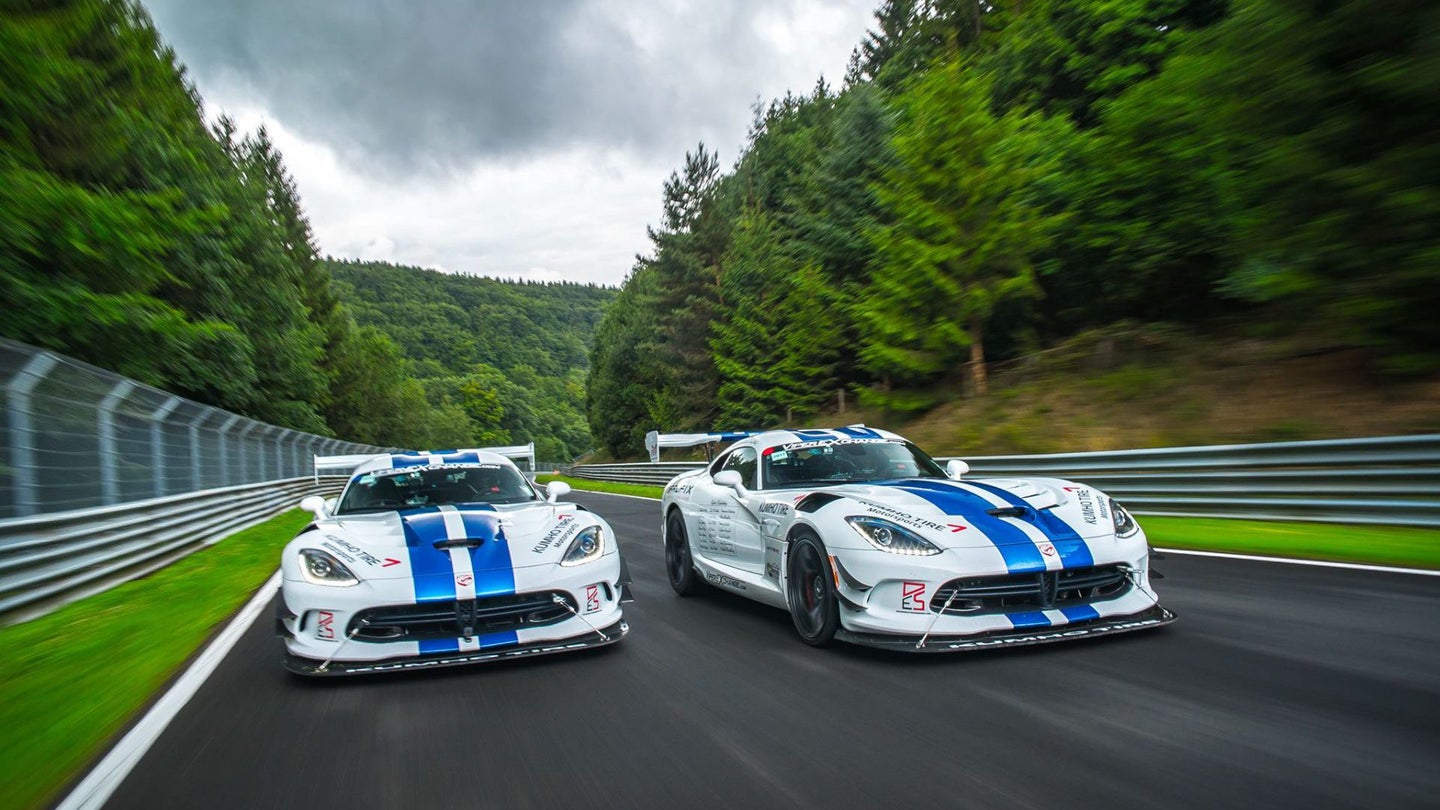 Last week, we saw the efforts of the private, crowdfunded attempt to give the Nurburgring production-car lap record back to the soon-to-be-discontinued Dodge Viper. On Wednesday afternoon, Road & Track announced the first fruits of their labor: a respectably blistering 7:03.45 lap in a bone-stock, off-the-showroom-floor 2017 Dodge Viper ACR.

Sponsored by Kumho and Prefix, the Viper in question was piloted by race car driver and SRT factory hot hand Dominik Farnbacher and represents the first time this generation of Viper has tackled a timed, dry, traffic-free lap at the famed, 12.9-mile German circuit. If you were unaware, Dominik is the same dude who took the previous-gen Viper ACR to Nordschleife lap-record supremacy back in 2011 with a then-fastest-ever time of 7:12.13. (The current record, by the way, belongs to the McLaren P1 LM with a 6:43. Oh, how far we've come.)

Funded by donations from Viper enthusiasts, two brand-new 2017 ACRs were purchased from Texas Viper dealer Viper Exchange (the same dealership supplying donor cars for the VLF Force 1), given GTS-R commemorative liveries, shipped over to Germany, and let loose on the 'Ring. It ran on a factory-fresh set of stock, street-legal Kumho Ecsta V720 rubber supplied directly from the Korean tire sponsor.

While the 7:03 time doesn't break any records, Farnbacher and the team of privateers aren't done yet. Another flying lap is planned sometime later this week.