The Volvo Germany website accidentally put up a pretty official looking photo that's since been deleted. 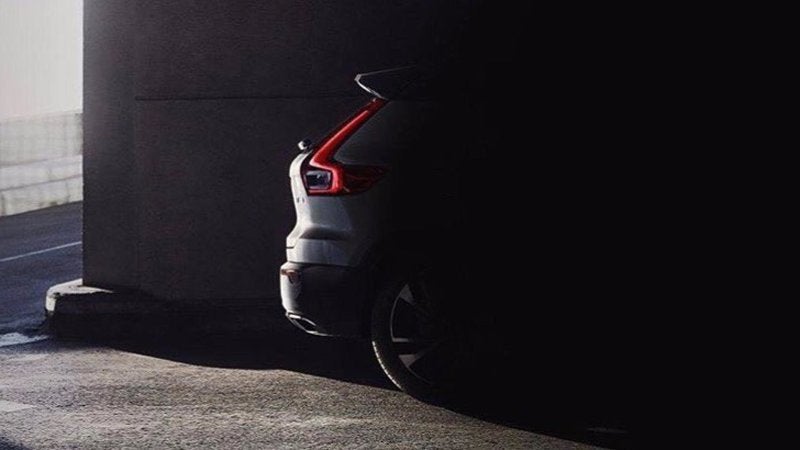 What appears to be an accidental leak from Volvo Germany gives us a peek at the back of the production version of the upcoming XC40 compact crossover. We’ve seen a concept of the future crossover, but the production model is still under wraps. Instagram page volvo.lov has taken some of the mystery out of the XC40.

So, it sounds like the German Volvo Cars website accidentally put up this picture and promptly removed it, but not before someone managed to catch it. Judging by this vague glimpse, the XC40 doesn’t look much different than the bigger XC60. It has the tall, corporate taillights that will make it right at home in the Volvo lineup.

Speaking of which, just last week Volvo came out with a press release about the XC40 that made it sound like it will be marketed towards young hipsters. Volvo design boss Thomas Ingenlath predicted that “XC40 drivers are interested in fashion, design and popular culture, and often live in large, vibrant cities. They want a car that reflects their personality. The XC40 is that car.”

Goofy ad copy aside, we’re expecting the Volvo XC40 to be a nice crossover entry point into the Volvo brand. They’ve always been big on building safe family vehicles and with people going crazy for crossovers these days, it’s important for Volvo to get the XC40 right. With its excellent new offerings over the past few years, we’d be surprised if Volvo missed the mark on this one.