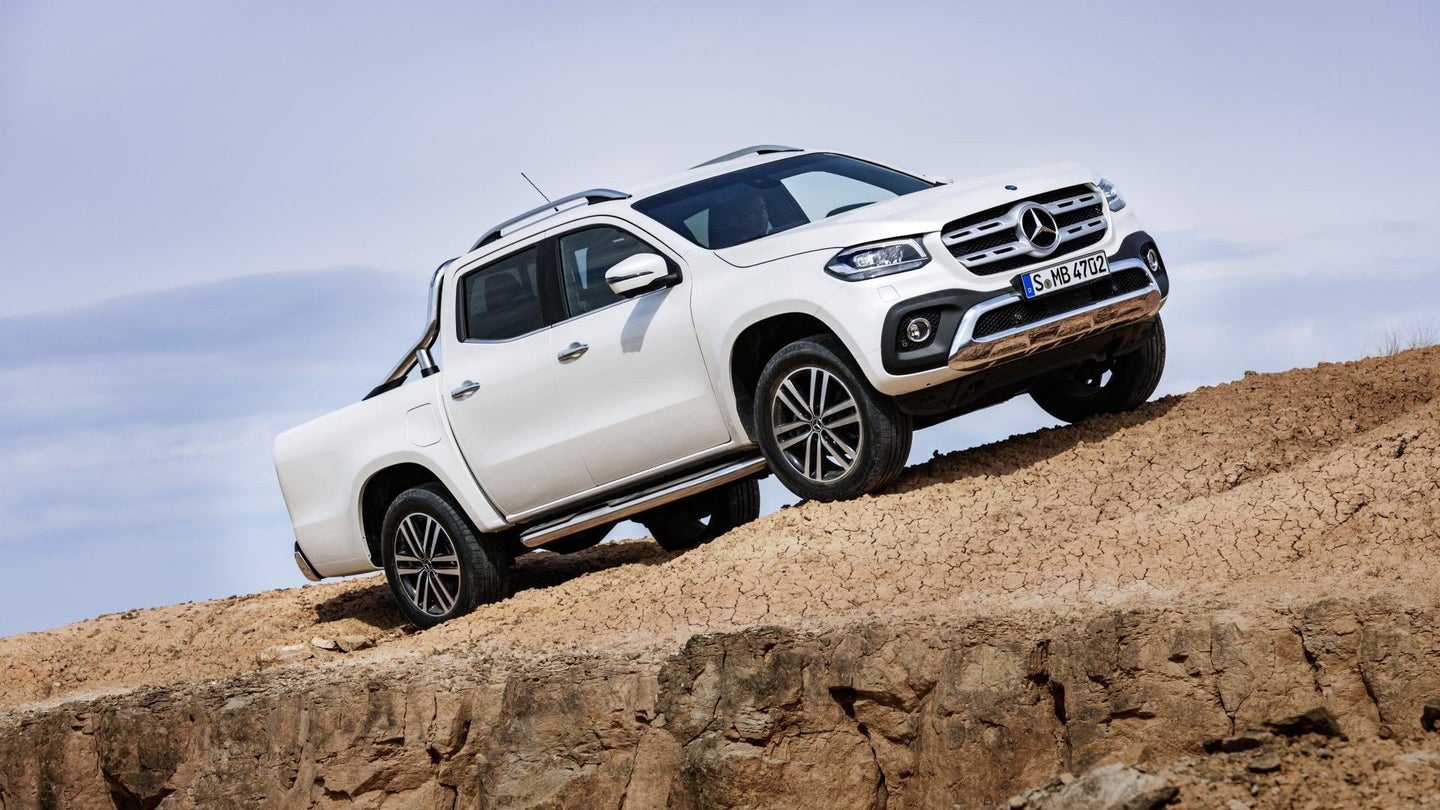 When Mercedes-Benz finally revealed the X-Class mid-size pickup truck last week, our minds swirled over the prospect of the three-pointed truck with one of the firm's burbly V8s thrown under the hood and an AMG badge slapped on its tailgate. To our disappointment, that car probably ain't happening anytime soon.

Speaking to Australia's CarsGuide at the car's debut in South Africa, Mercedes-Benz Vans global head Volker Mornhinweg dismissed the possibility of a V8 powered Mercedes-AMG X-Class. Shame. A Mercedes-Benz Raptor-killer would be quite the welcome addition to the annals of awesome-automobiles-nobody-needs, wouldn't it?

"I think the car is quite impressive already when it comes to styling and so on," Mornhinweg said. "I think the product is not right for V8." In slight contrast, Benz Vans Australia boss Diane Tarr reiterated her colleague's position that it would not be happening now, but left the door open for an AMG pickup sometime in the far-flung future.

"We won't be bringing in an AMG at this point in time but naturally the headquarters colleagues are very away of the AMG status and demand," Tarr said. "Let's not rule anything out. Let’s see how we go." Hopefully, this is more than just a case of "never say never."

As long as we're talking about things that will probably never exist, Mornhinweg said that regular cab and extended cab X-Class variants are definitely not in the cards, citing a disconnect between how those types of trucks are typically used and the X-Class's asking price. "It's always difficult to say never, but so far from our perspective what we see, from our talks with possible customers, the single-cab is more really focused on pure workhorses for construction and the price level is quite low," said the Daimler exec.

On the somewhat brighter side, Mornhinweg has revealed that AMG is looking into releasing a styling package for the mid-size pickup. Look for that car to participate in exactly zero comparison tests with the Ford F-150 Raptor.