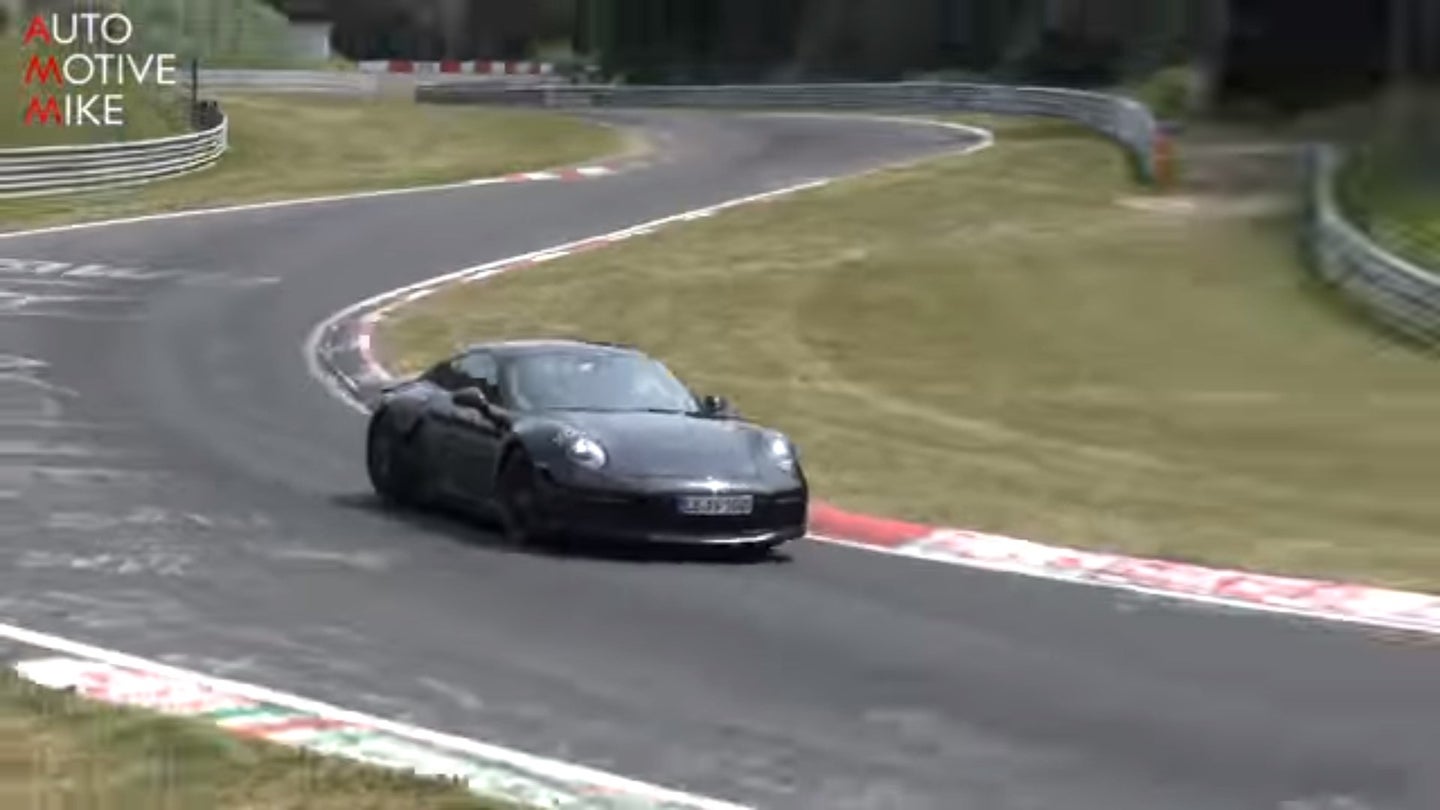 The Porsche 911 is well known and occasionally criticized for never making radical changes to its exterior design. This trend seems to continue with the upcoming 992 version of the most famous Porsche, which YouTube car spotter Automotive Mike captured in action testing at the Nurburgring.

According to the video, the car shown is a Carrera 4S designed for the 2019 model year. Most of the cosmetic changes appear at the rear (the angle most people are likely to be seeing) with what appears to be a new spoiler design. Up front, the headlights look slightly different, but there are no significant changes.

While the outside is little changed from the current model, what lies beneath may be quite different. According to Motor Authority, the 992 may use a new modular platform that could also be used for the next 718 Boxster and Cayman, as well as other sports cars in the Volkswagen Auto Group family such as Audi and Lamborghini. This would mean the platform must be capable of a mid-engine configuration as well as the 911's traditional rear engine. It also raises the possibility of future mid-engine 911s, as well as the addition of a hybrid drivetrain.

But at least for starters, we believe the new 911 will continue to use the same 3.0-liter twin-turbo flat-6 engine as the current model. It would not be surprising for it to receive a small power increase over the current 370 horsepower of the Carrera and the 420 horsepower of the Carrera S. We won't have to wait long to find out specifics, as the first 992s are scheduled to arrive next year.