Nissan's ProPILOT Launches in the US

Nissan wants to make the pain of stop-and-go driving, stop-and-go-away. 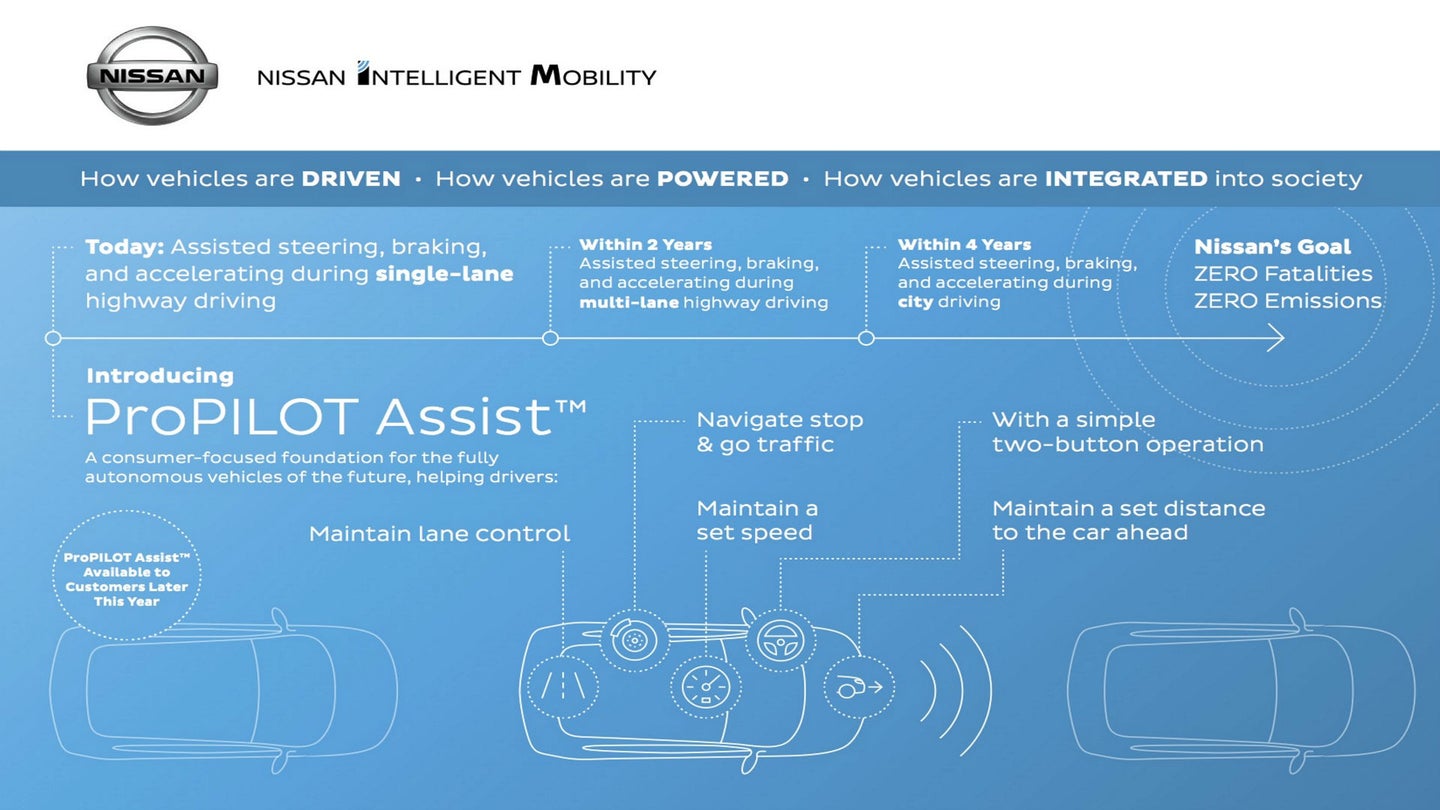 Living in a massive metropolis like New York City or Los Angeles might have its perks, but every major city in the United States is plagued with horrendous traffic. LAWeekly released a study in 2015 showing that Los Angeles had six of the worst freeways for commuting in America, and those numbers seem to have gone up in the past few years. Imagine passing a 75-mph speed limit sign on the 405 while you're crawling along at less than 10. Stop-and-go traffic is the bane of a commuter's existence, but Nissan might finally have the remedy, and its name is ProPILOT.

Nissan ProPILOT Assist is officially launching in the United States, Nissan USA said on Friday. According to Nissan, the semi-autonomous driver's assistance system has undergone over 50,000 miles of testing and refinement to make sure drivers can trust it when they need to. Nissan stresses that although it is considered semi-autonomous, ProPILOT isn't self-driving, so drivers will need to keep their hands on the wheel at all times, as with Tesla's AutoPilot system.

Nissan admits that ProPILOT isn't really an innovative new piece of tech, just a clever conglomeration of existing assist systems that work together to keep the driver safe and centered on the road. It is, essentially, a refined combination of Lane Keep Assist, Adaptive Cruise Control, and other features characteristic of semi-autonomous vehicles. These systems will work together to help drivers maintain speed, brake, and even steer—depending on how visible lane markers are—all without the driver having to move a muscle.

The company hopes that ProPILOT will make driving easier during heavy city and highway stop-and-go traffic, and make commuting home a little less exhausting. The 2018 Nissan LEAF will be the first vehicle to come standard with ProPILOT; other Nissan and Infiniti models will receive it soon after.