If you're in the market for something achingly fast, we have good news for you. 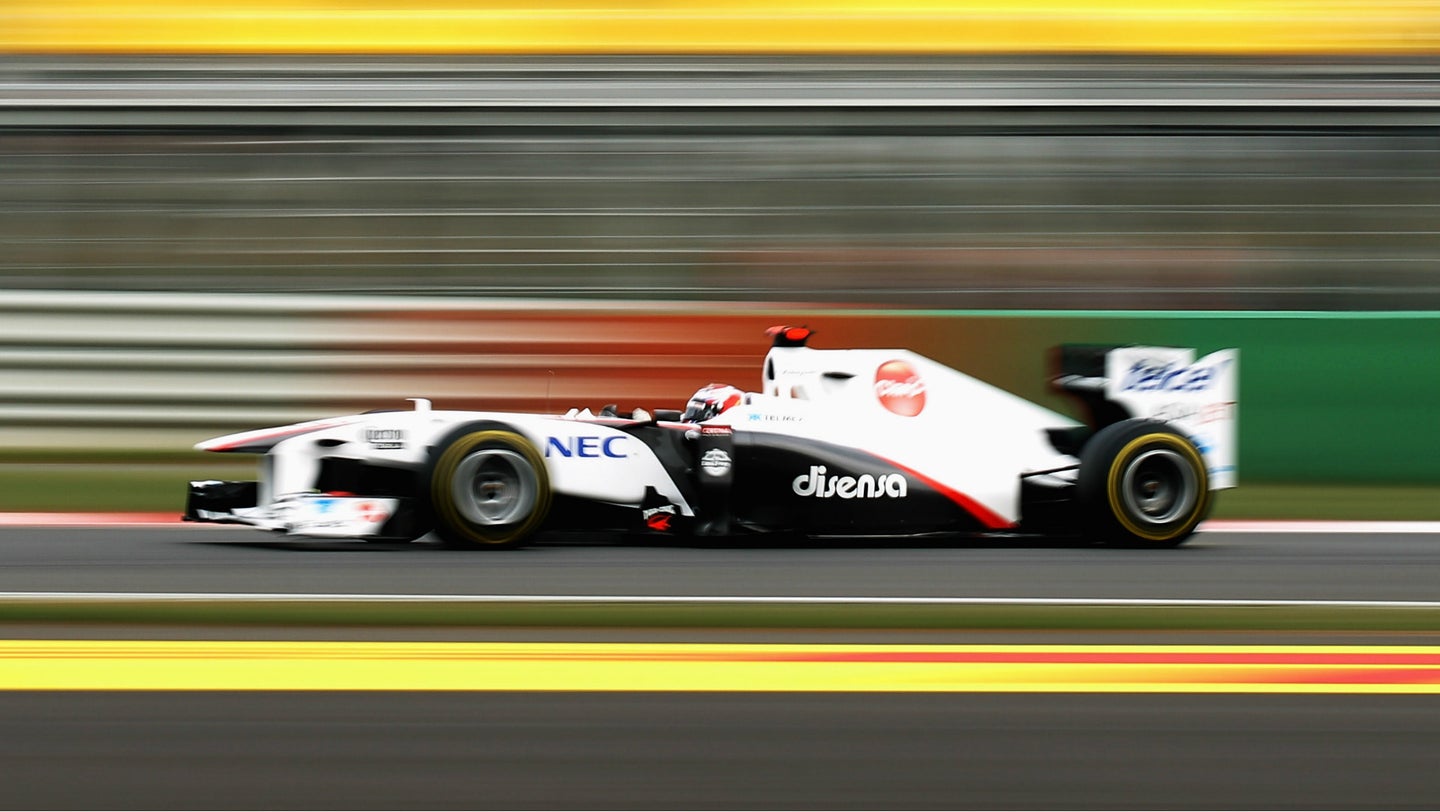 Even selling for a tiny fraction of what they cost to develop and build, used Formula One cars are generally not for those without money. Those with the means for such playthings have a superb selection to choose from at present, though. Earlier this month, Lewis Hamilton's 2013 car, the Mercedes W04, went up for sale. And today, we've found that there's a 2011 Sauber C30 is also up for grabs.

The Sauber C30 was campaigned in the 2011 season by Kamui Kobayashi, Sergio Perez, and Pedro de la Rosa. It achieved a best finish of fifth in the hands of Kobayashi at the Monaco Grand Prix and collected a total of 44 points over the 2011 season—enough for Sauber to finish 7th in the Constructors' Championship. This chassis in particular, C30-04, was used at three race weekends, including Spain, Turkey, and Singapore, and was primarily driven by Perez.

It is advertised as coming with an "impressive spares package," most likely including extra suspension, hydraulic, electric, or brake components. The seller claims there are drivetrain options available but do not list them, though some sleuthing revealed the possibility of Judd or Cosworth engines, as those are the options offered on another of the site's listings.

The selling site, Memento Exclusives, advertises it as the most recent Formula One car up for public sale, so its ad may predate the posting of the W04.

Though this Sauber will not make its owner eligible for the FIA Masters Historic Formula One Championship, it may be an ideal candidate for entry into any of the world's few remaining unlimited races. World Time Attack Challenge? Pikes Peak? Set lap records at every podunk circuit on a continent? The possibilities are endless, provided your wallet is deep enough— no price is listed in the car's ad; it is available on call only. As they say, if you have to ask...