Waymo's Autonomous Cars Know How To Pull Over For Emergency Vehicles 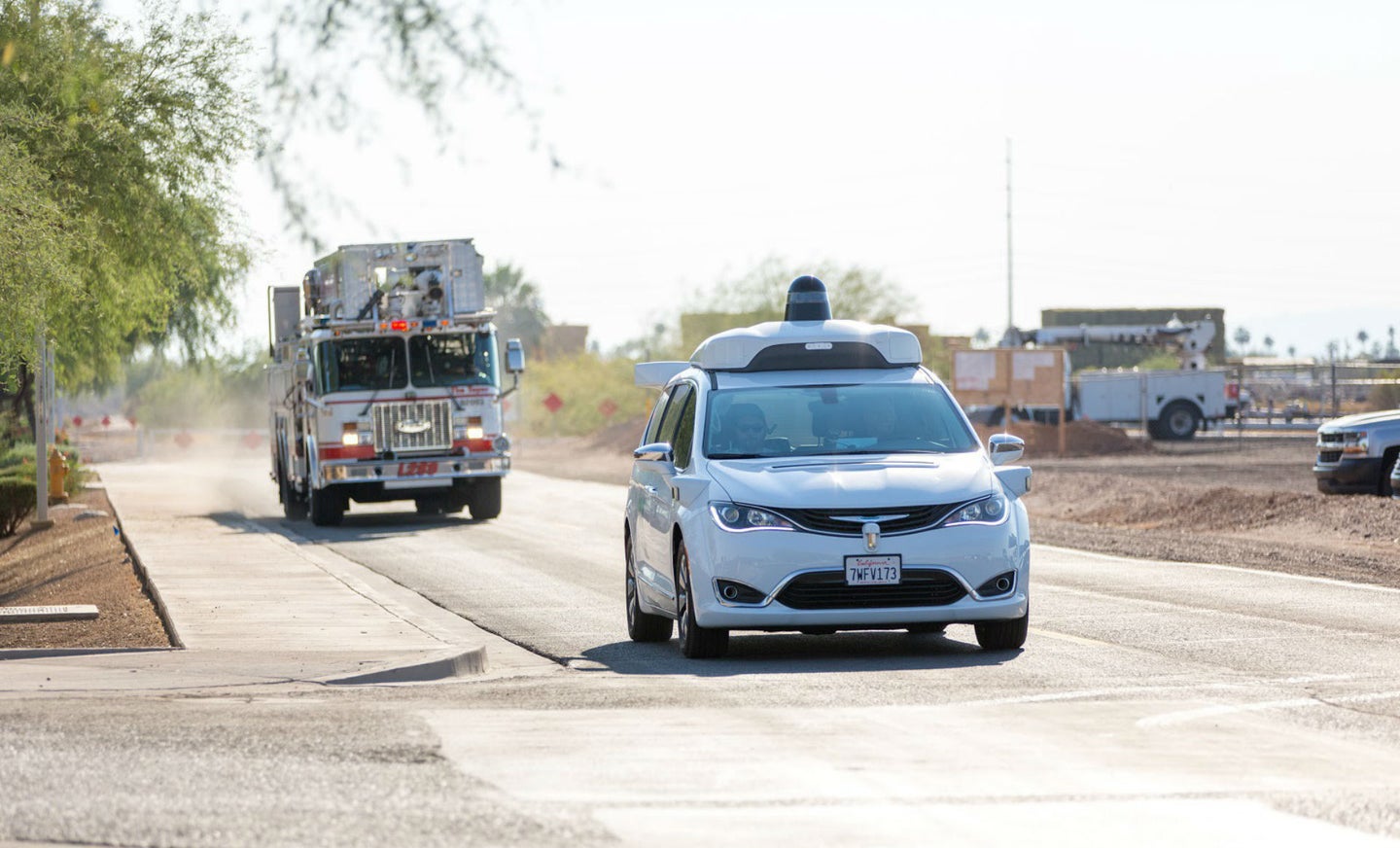 As Waymo's legal feud with Uber begins to simmer, the Alphabet company is looking to get back to business. Its autonomous developments have proven significant to the community, and now, the cars have gained yet another practical capability. While they already have all the fancy stuff like LiDAR and (perhaps) heat seeking missiles, Waymo has taught its self-driving cars to pull over for oncoming emergency vehicles like ambulances and firetrucks, according to a report from Engadget.

These autonomous Chrysler Pacifica Hybrids not only recognize the flashing lights fitted to these autos, but also the sounds that they let out to gain an accurate and surefire response. By being able to detect where the noises are coming from, they will be able to react effectively and make way by pulling over or yielding at an intersection.

A new suite of trick sensors allow the Waymo testers to learn new light patterns and sounds that they haven't seen before. Thanks to this, the system will always be improving itself and provide better responses for everyday driving.

Waymo tested the cars' abilities by holding an "emergency vehicle testing day" where motorcycles, police cars, and others followed and led the test mules through the day and night. The minivans collected large bundles of data from the experiment, storing it away for later so it can be used across the fleet.

"This training is key to reliably detecting and responding to emergency vehicles in Arizona and beyond," Waymo stated on its blog. "By teaching our cars this advanced capability, we're moving closer to bringing truly self-driving technology into the world."