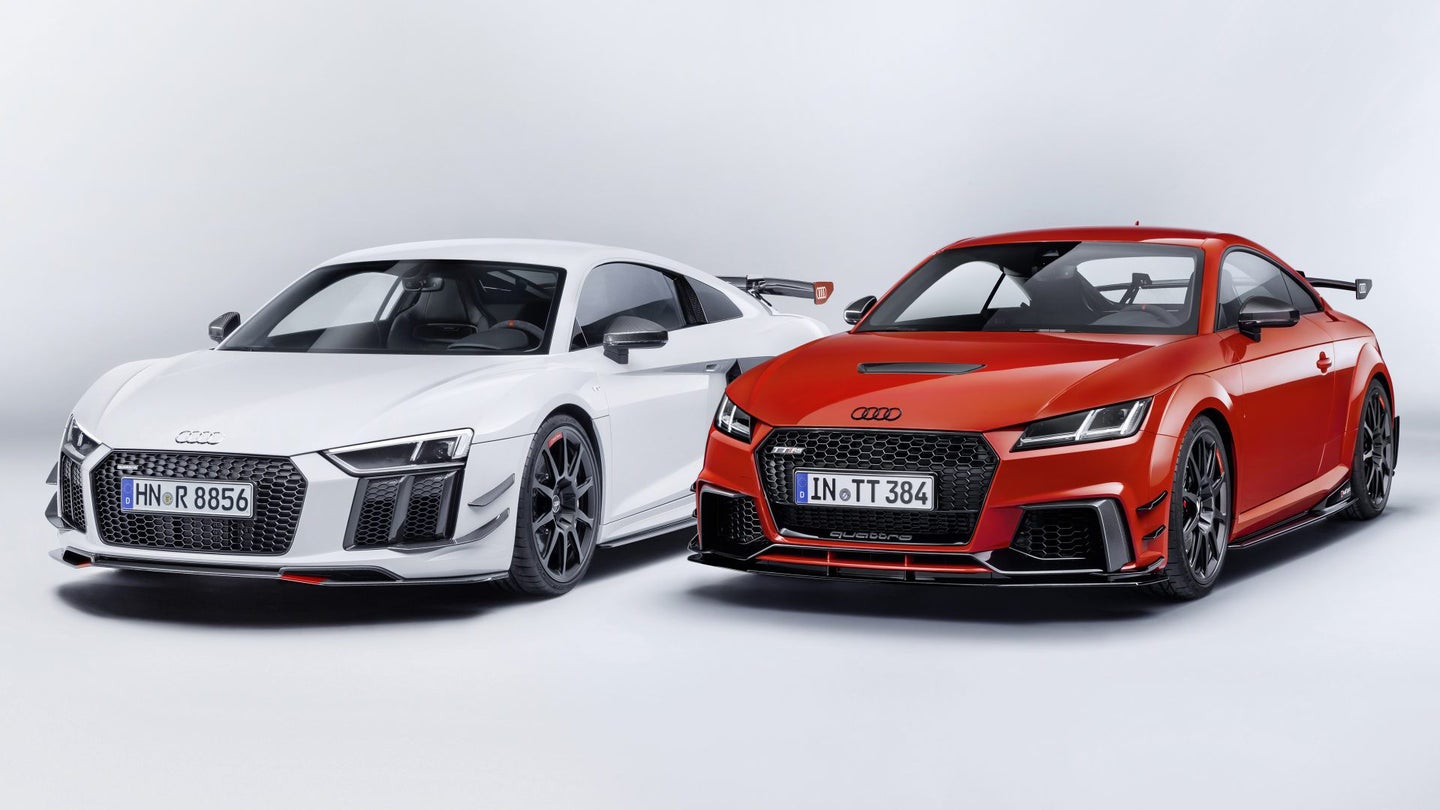 In addition to unveiling the much-hyped A8 at the first ever Audi Summit in Barcelona today, the German automaker has announced a new range of performance add-ons that should make the R8 and TT quattro-coupes look and feel even faster. Specifically, various suspension, braking, exhaust, and aerodynamic components will be available for the two aforementioned two-door Audis (TTS and TT RS included, obviously), with more parts coming to more models across Ingolstadt's range in the coming months and years.

The first add-ons you (and perhaps more importantly, onlookers) will notice are the deluge of carbon vents, canards, splitters, and spoilers on offer. In addition to making your Audi R8 (for better or worse) a little more visually distinctive, the aerodynamic enhancements are apparently responsible for generating twice the amount of downforce compared to the standard car at 93 mph and produces at least 65 percent more downforce than the normal R8 at its top speed of 205 mph. Crucially, all of the aero bits are wind tunnel-developed and feature the Audi Sport logo, so people know it's the real deal and not some crude, four-ringed Pep Boys special.

In terms of unsprung components, two- or three-way coilovers are available along with some athletic looking, motorsport-derived 20-inch rims. Audi's new kicks lose 7.2 kilos of weight on the TT and 8 kilos on the R8. Behind the snazzy wheels, sport brake linings fight fade, have bright red-painted carrying plates, and shave another kilogram off of the curb weight when applied to the R8 due to its titanium construction.

On the inside, Alcantara-wrapped steering wheels are flanked by carbon flappy paddles and a red strip at precisely 12 o'clock, so even slight deviations in the car's alignment are now that much more infuriating. TT owners now have the option of a carbon fiber strut cross brace that exchanges rear seats for a 20 kg weight loss and more torsional rigidity.

The new R8 and TT performance parts will be available at Audi dealers starting later this summer. 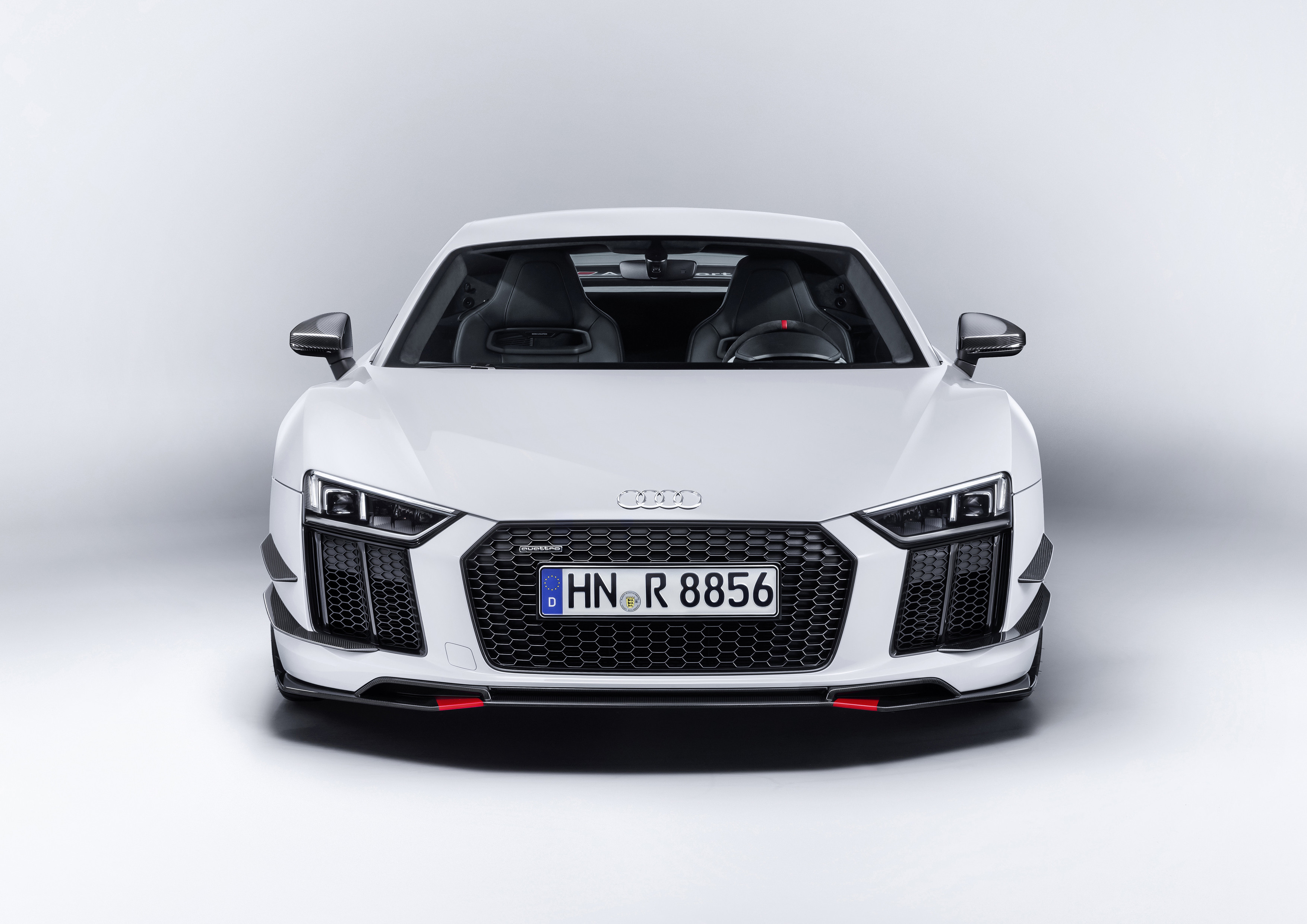 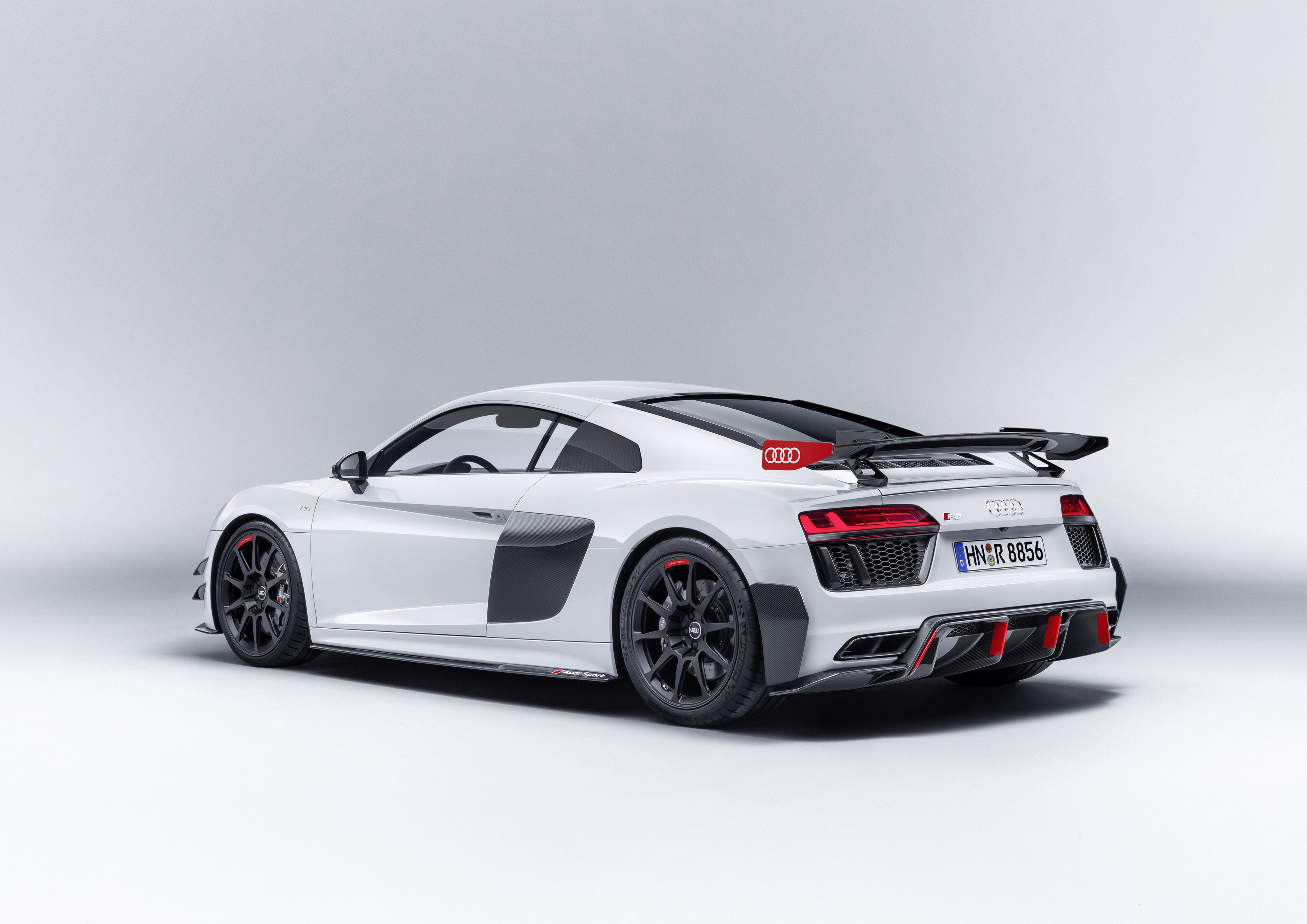 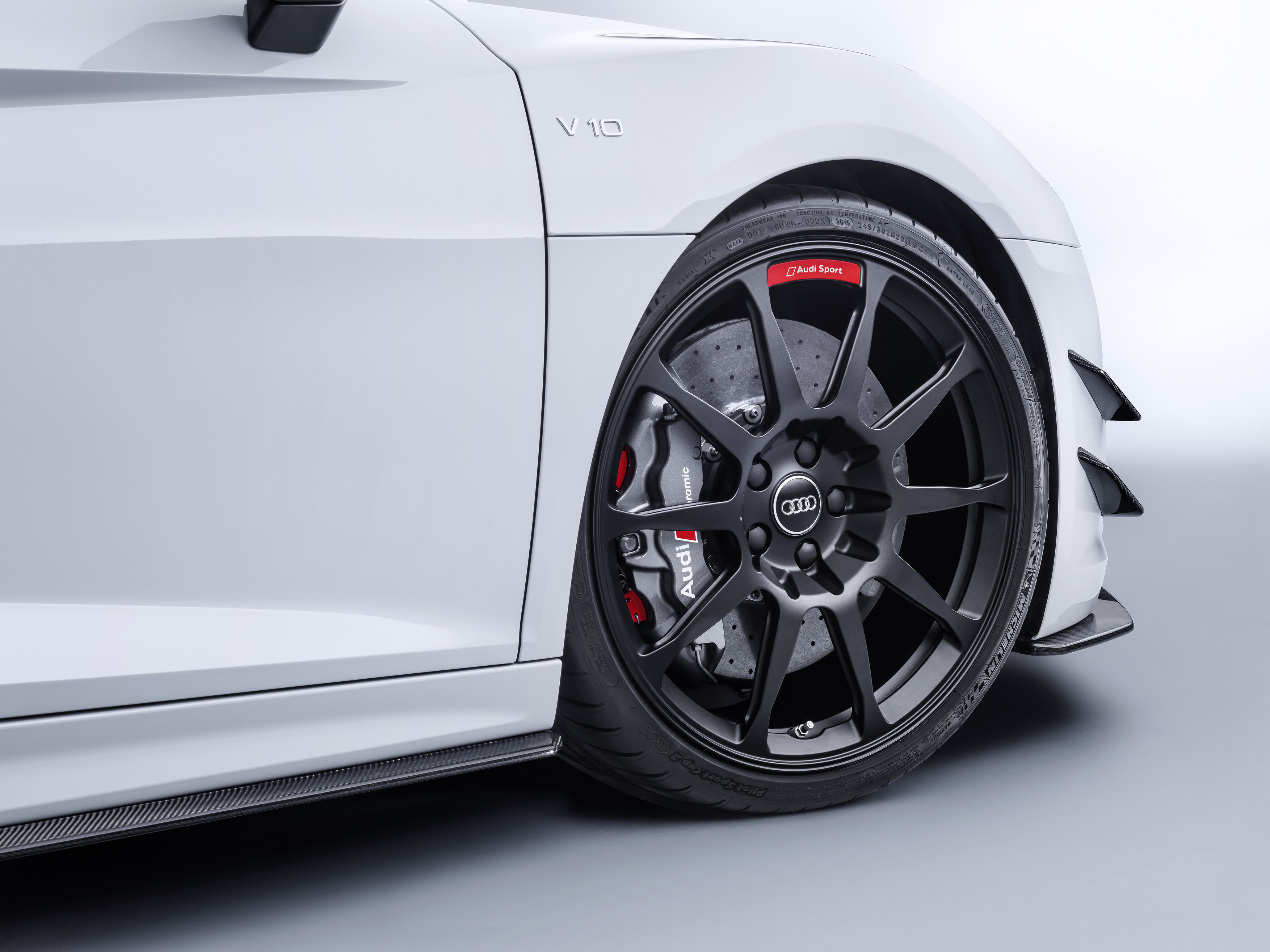 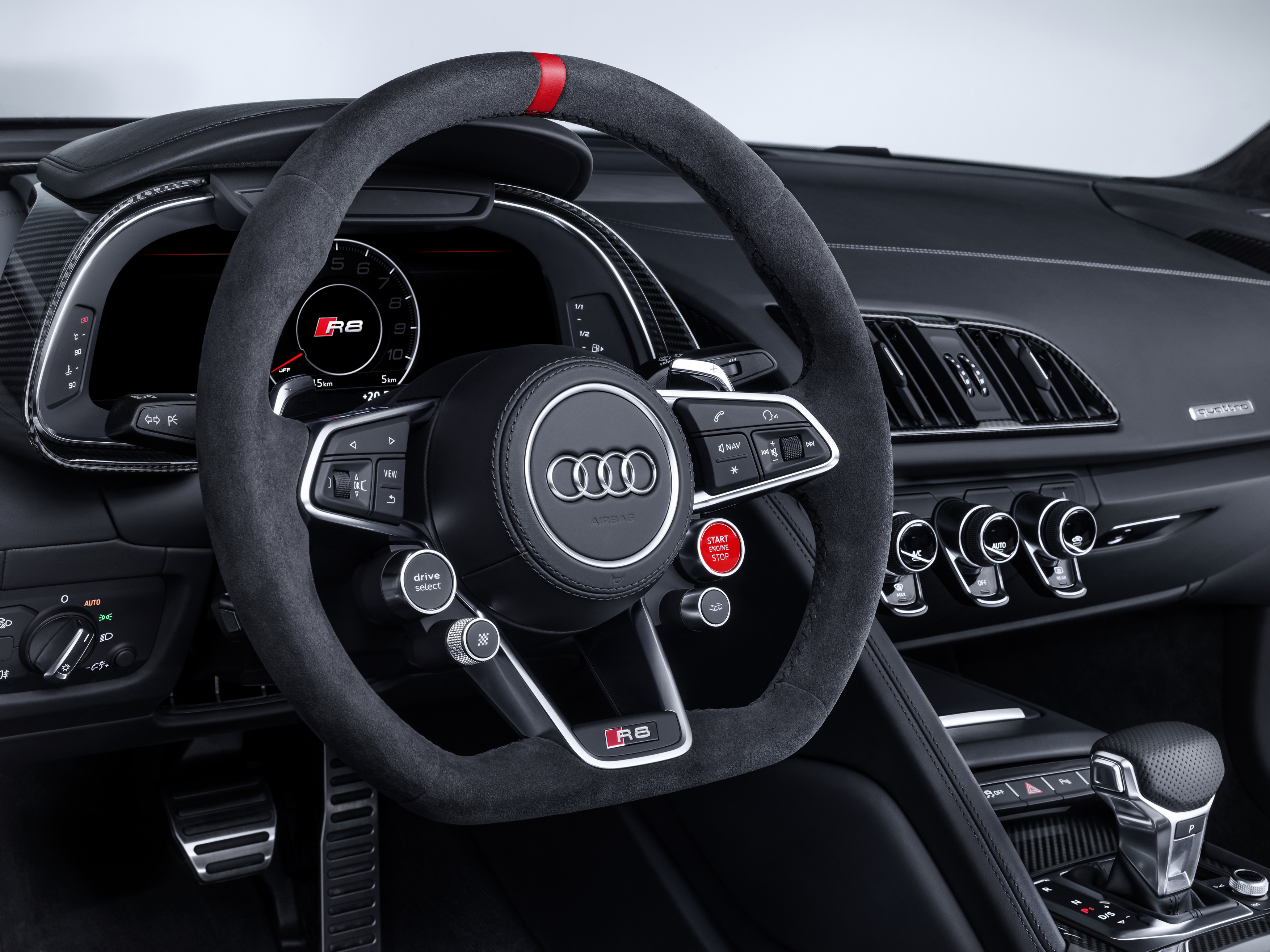 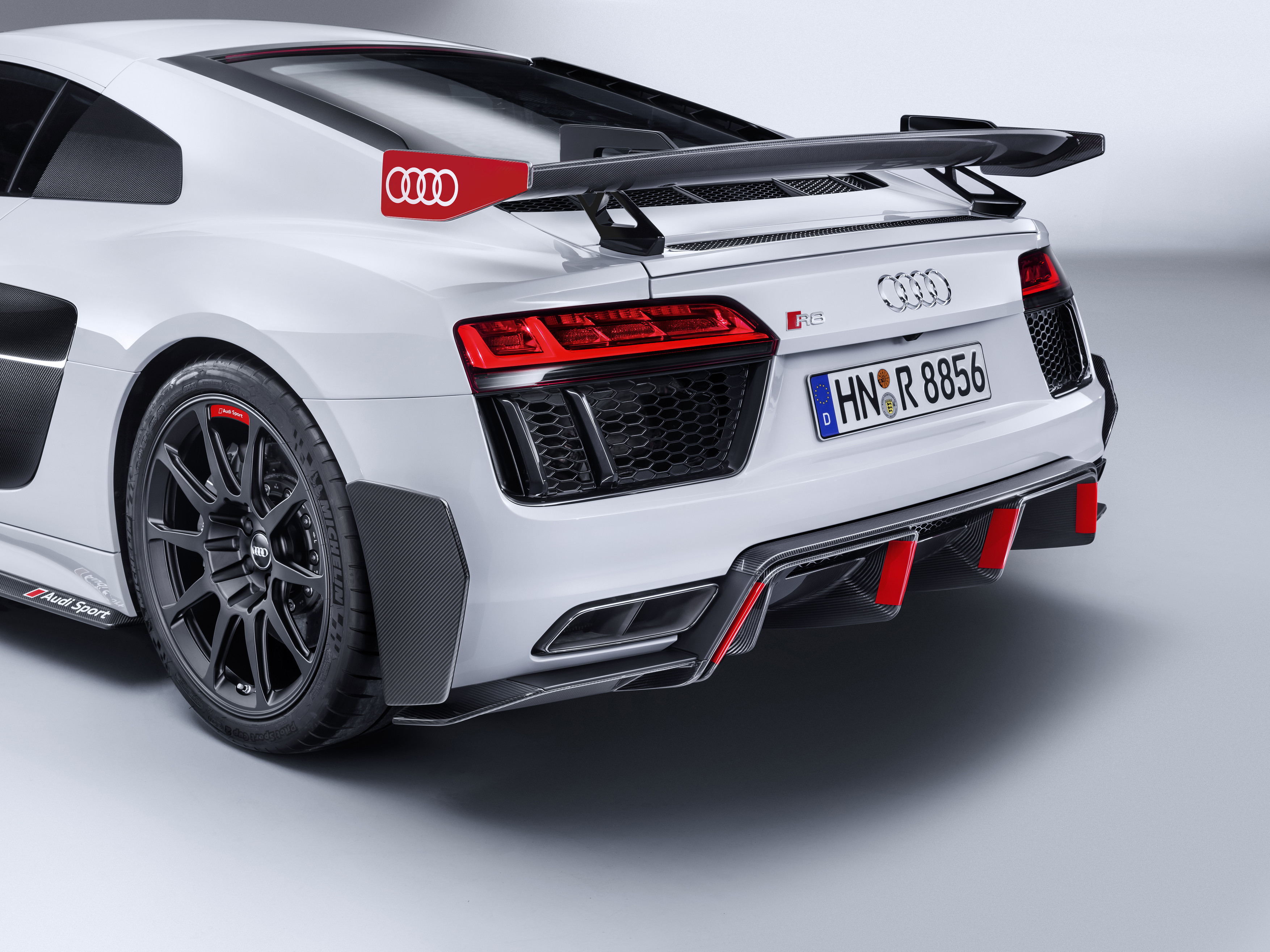 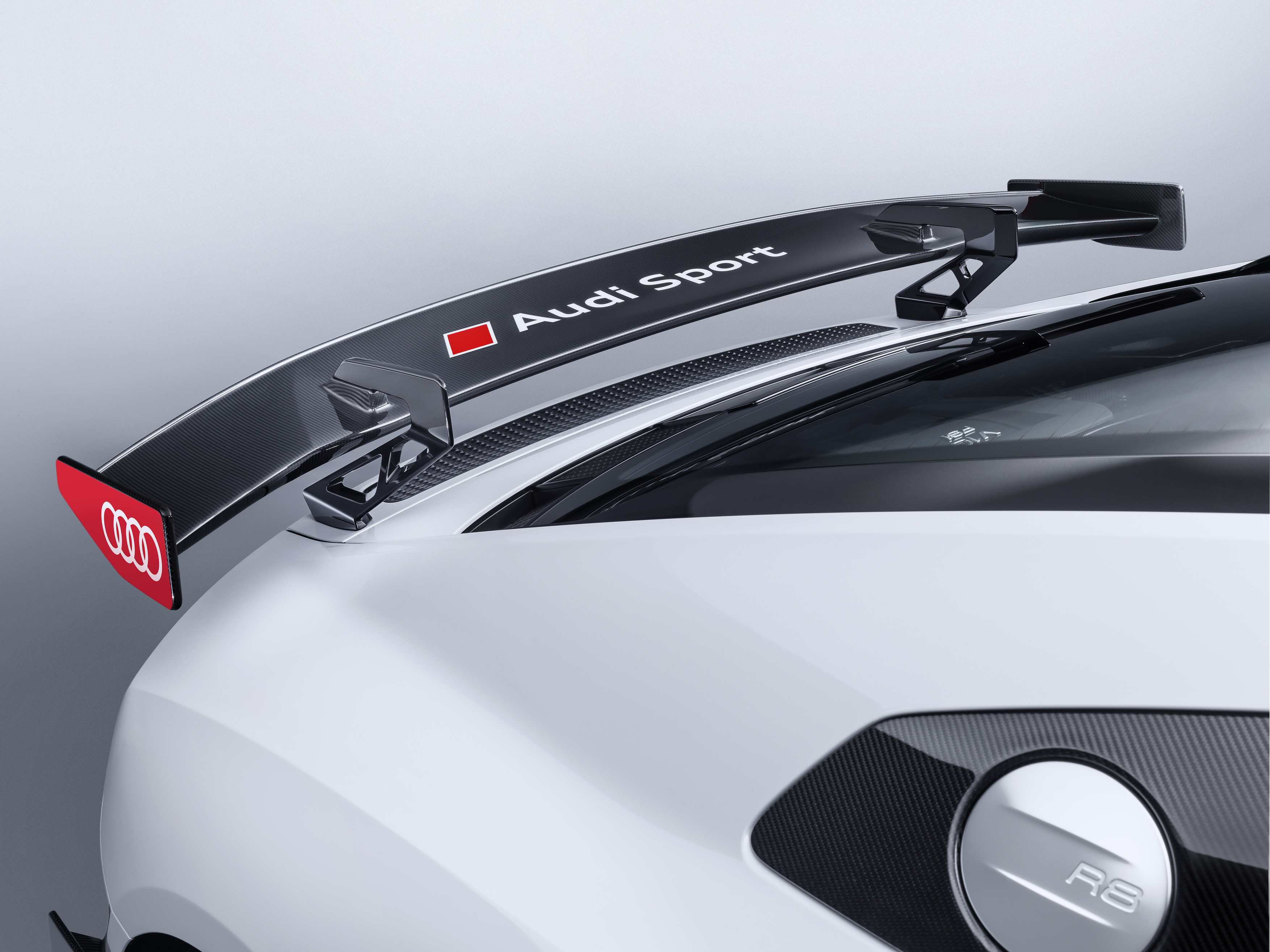 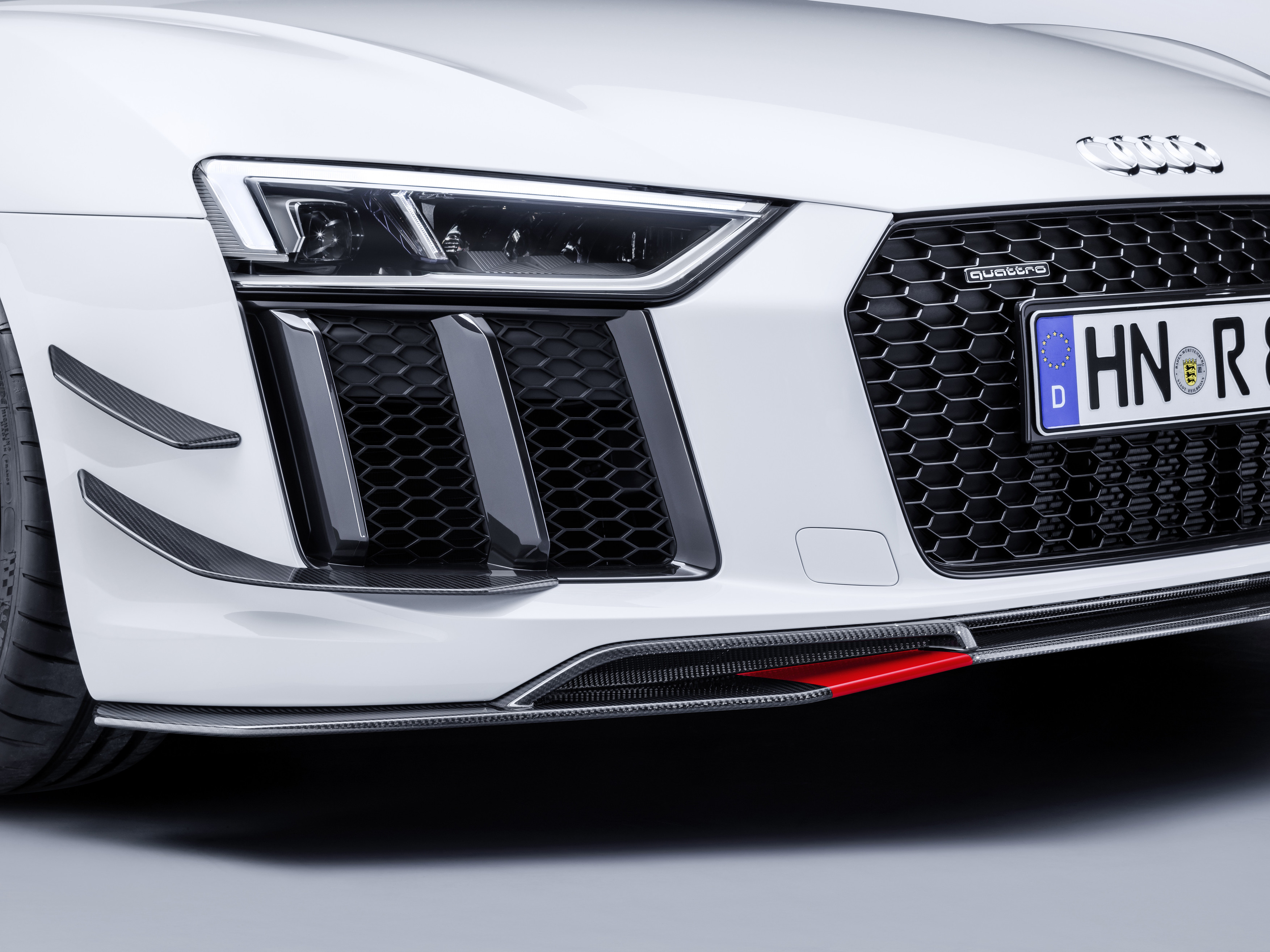 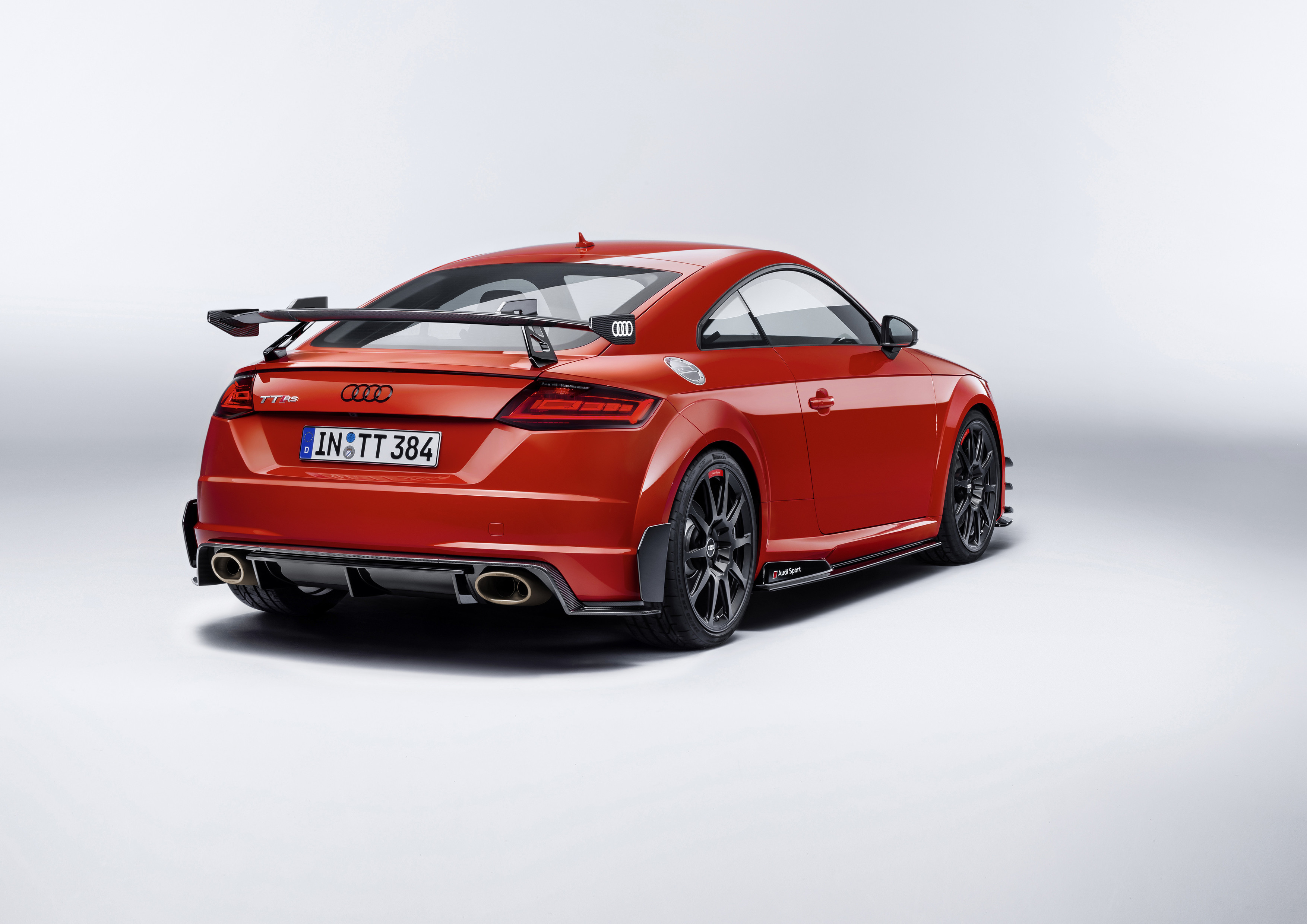 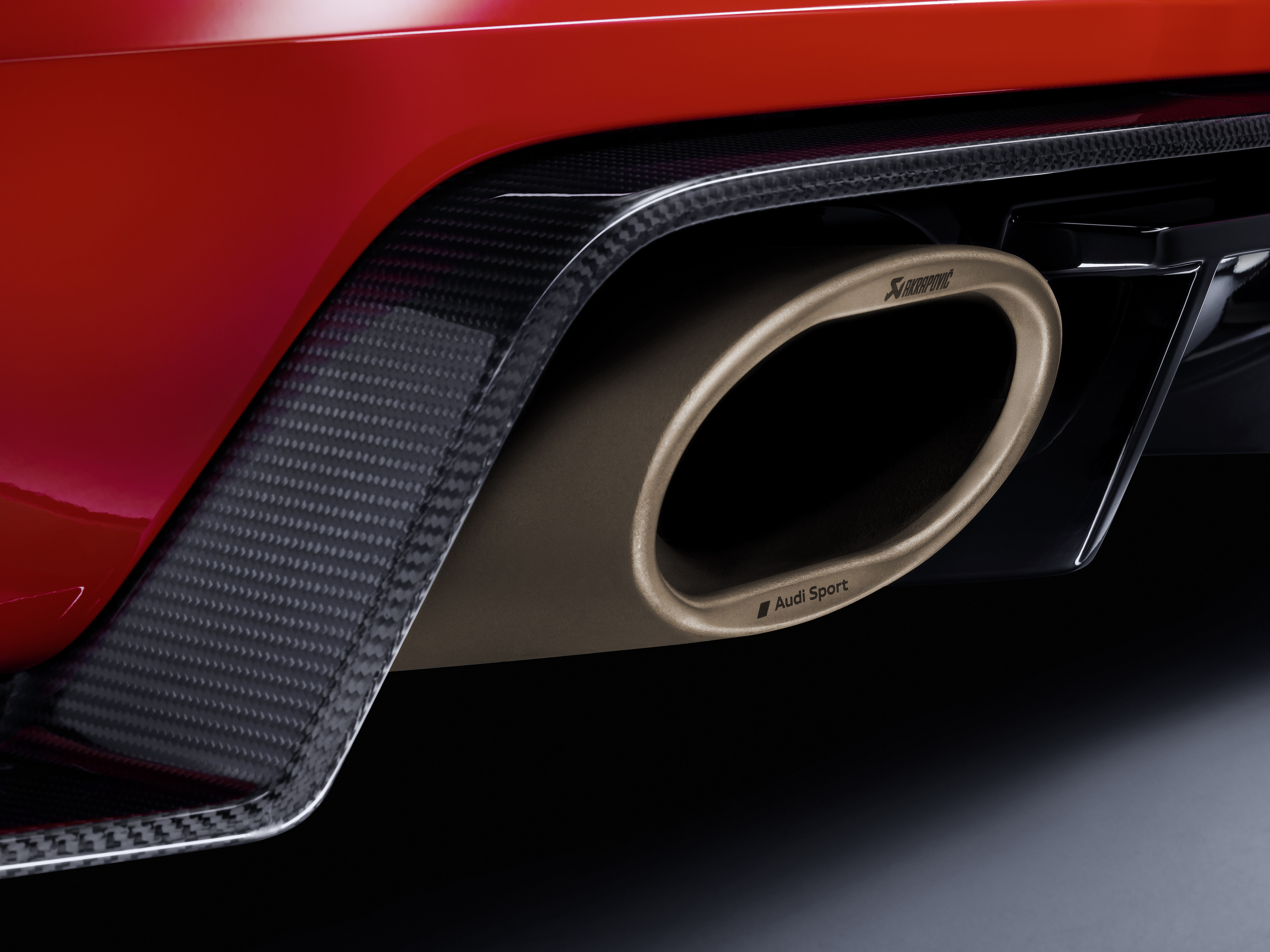 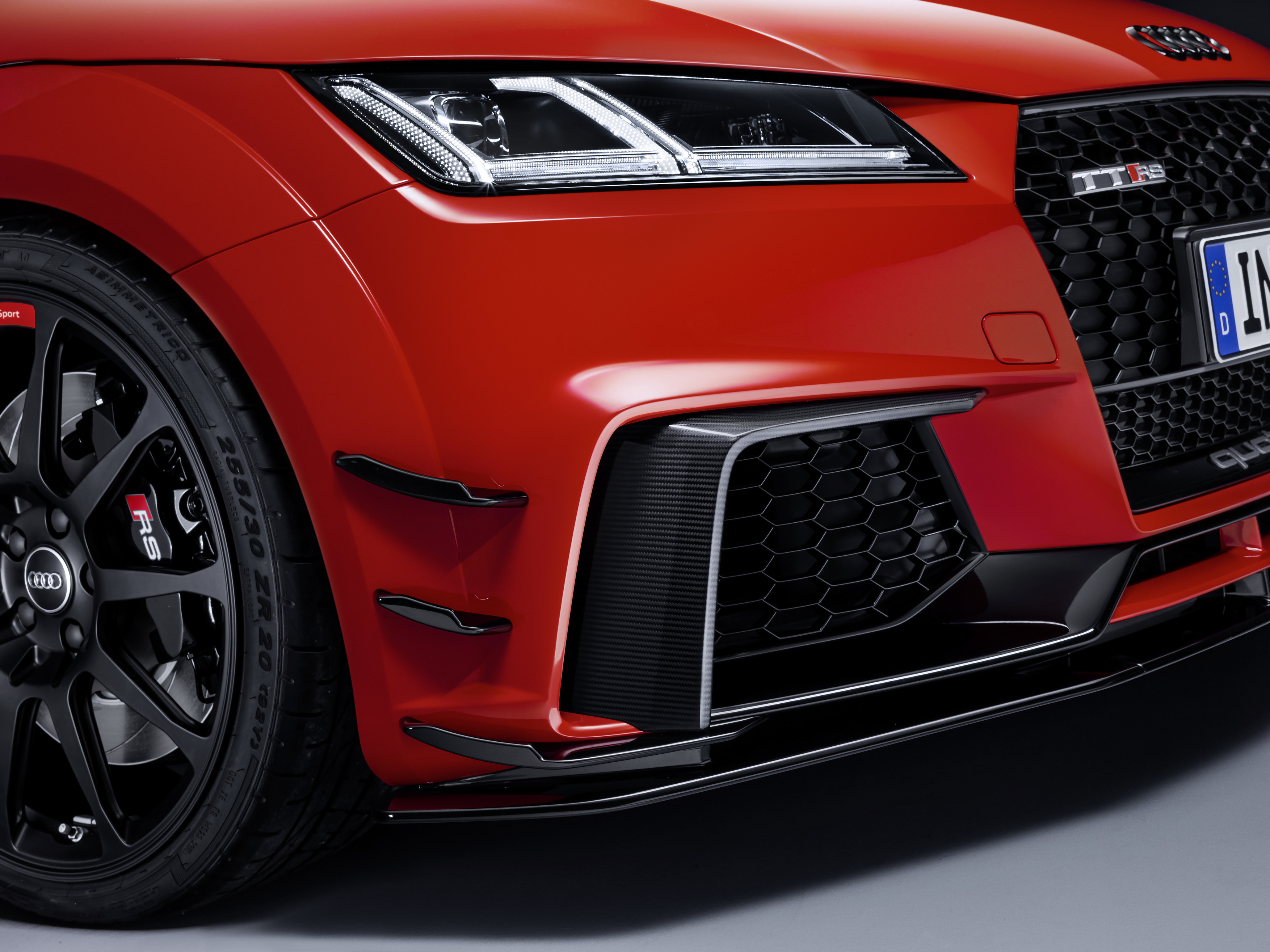 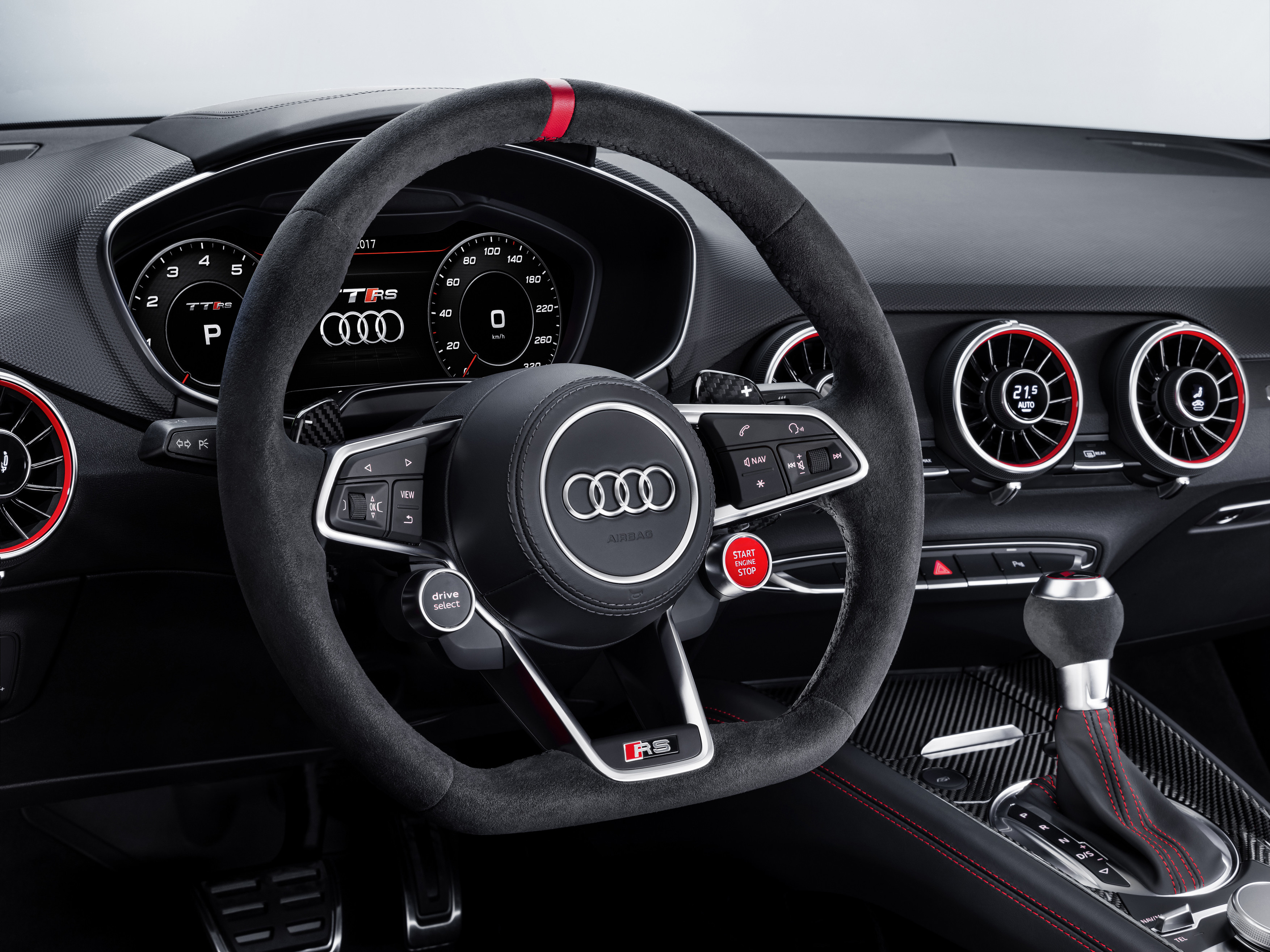 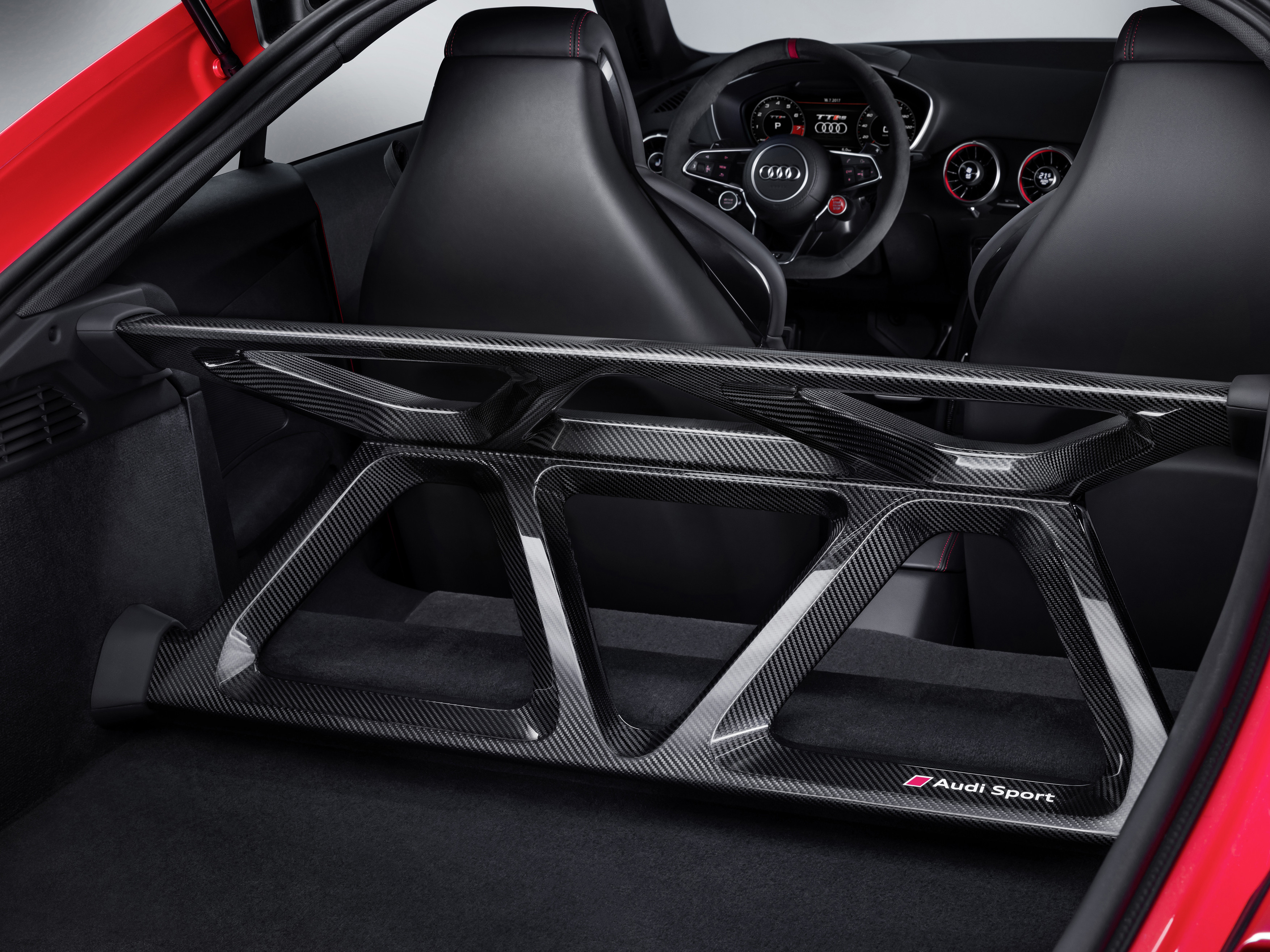