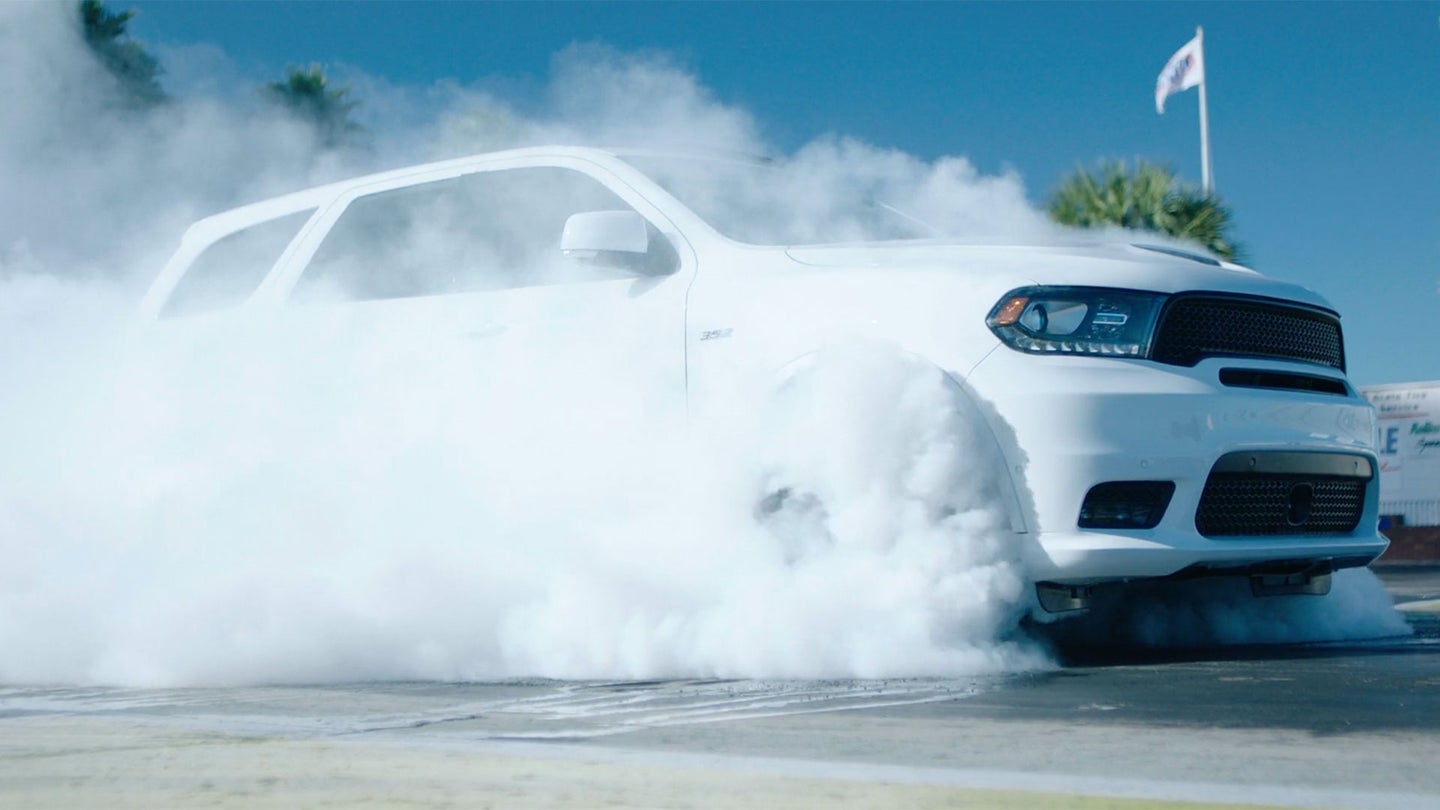 We've already written about the ridiculousness that is the Dodge Durango SRT—a three-row SUV with 475 horsepower. It's ludicrous, and we love it for that. Dodge announced Thursday that this magic bus can be yours for just $62,995. That's less than the similar Jeep Grand Cherokee SRT, which starts at $66,895.

The Durango SRT doesn't skimp out on features, though. You still get the same 6.4-liter Hemi V8 (Dodge would prefer that you call it a 392) and eight-speed automatic transmission as the Grand Cherokee SRT, which will get you down the quarter mile in 12.9 seconds. Dodge did not say how fast the Durango SRT will get through the pick-up line at school, but the aggressive exterior styling makes it look fast even in a parking lot. But unlike the Durango R/T's SRT Appearance Package, the genuine SRT doesn't just look fast. Dodge will prove that to you during a day at the Bob Bondurant School of High Performance Driving, which is included with every Durango SRT purchase.

You won't have to sacrifice creature comforts for the speed, though. You get a special flat-bottom steering wheel with paddle shifters, a T-shaped shifter similar to a classic muscle car, and available Demonic Red Laguna leather seats that are both heated and ventilated in the front and second rows, complete with the SRT logo embroidered on them. Even more features are available inside and out. Check out Dodge's press release for all of the details.

If 475 horsepower still isn't enough for you, there's always the Jeep Grand Cherokee Trackhawk, which has the 707 horsepower 6.2-liter supercharged V8 from the Challenger and Charger Hellcat. Dodge has not announced any plans for a Durango Hellcat, but we're big fans of Hellcating all the things.

Personally, I'm holding out for a Grand Caravan Hellcat.