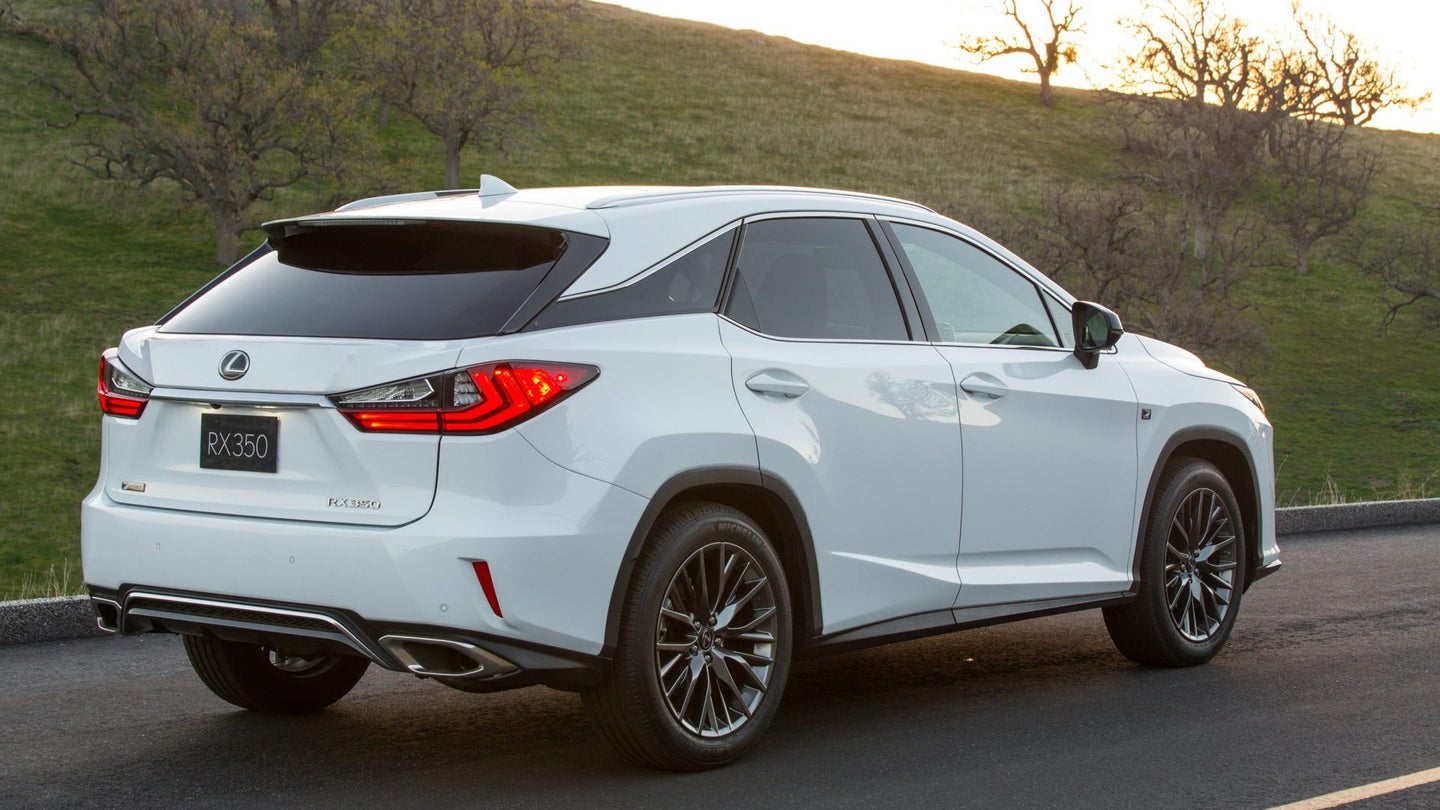 According to a report in Japanese magazine Mag-X, Lexus is planning to unveil a three-row version of their best-selling, mid-size RX SUV at the upcoming Tokyo Motor Show this October.

The three-row RX variants will be denoted with an "L" suffix, registering as the RX 350L and RX 450hL on the Lexus menu. Unlike some other manufacturers, however, the "L" designation will not come with an extended wheelbase. Instead, space for the third row will be created simply with a larger rear overhang. Rather amusingly, Mag-X reports that life in the RX's third row isn't very pleasant, citing hampered legroom and not much of a view, as Lexus has decided to carry over the "floating" D-pillar design with little modification from its two-row application. It seems that, this round, form has taken the precedence over function.

Engine and powertrain options for the bigger RXs are expected to mirror those of its existing stablemates, with the RX 350L coming with a 295-hp, 3.5-liter V6 and the RX 450hL slapping a hybrid electric motor to essentially that same gasoline six-pot, making a combined 308 hp. The Gillette-inspired grille is expected to stay intact as well.

The five-seat Lexus RX 350 starts at $43,120. It's safe to assume that the upcoming long-body versions will demand several thousand more. This year's Tokyo Motor Show runs from October 27th to November 5th.