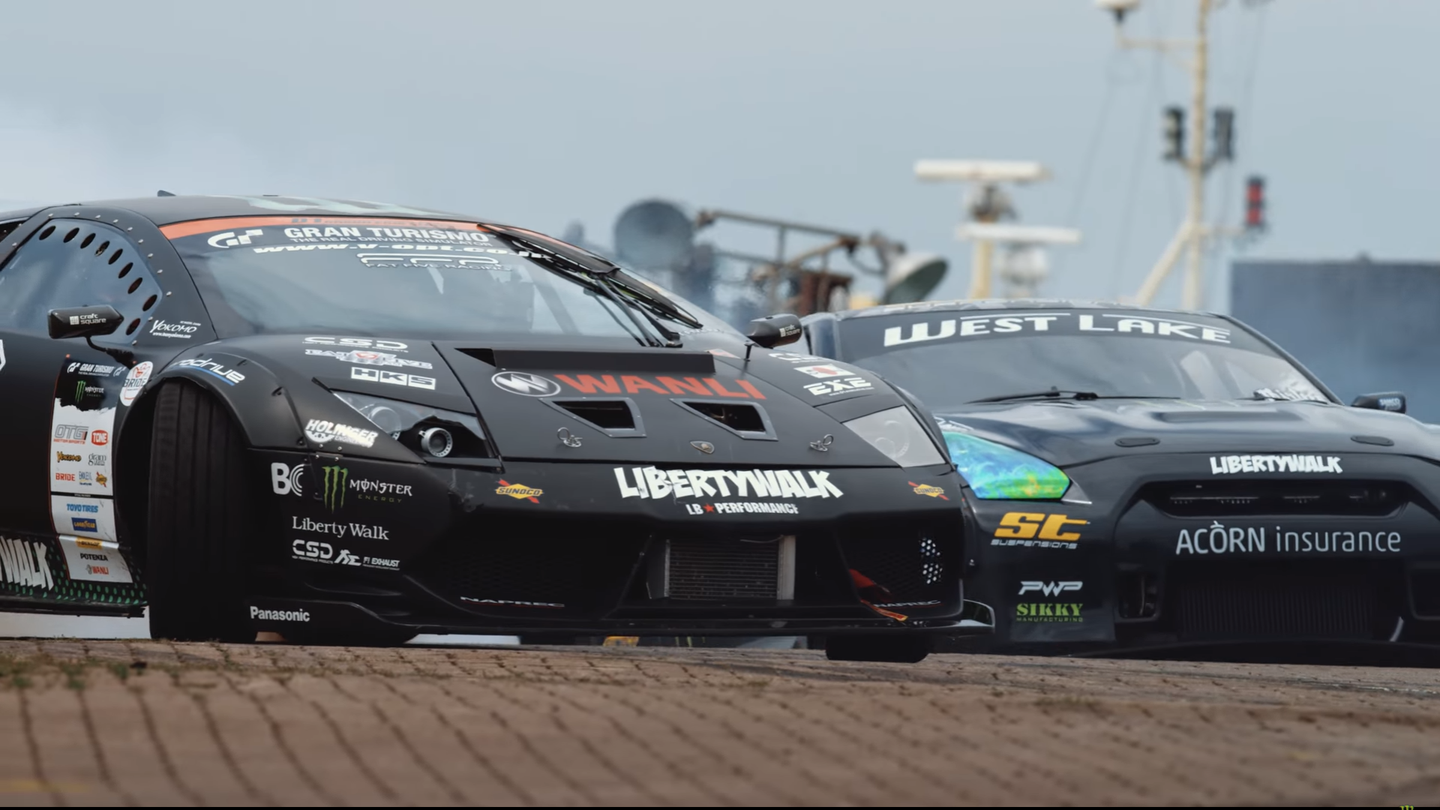 What kind of animal converts a Lamborghini Murcielago into a pro drift car and takes it sideways through an industrial yard? Daigo Saito does, and this time he's joined by fellow Team Monster Energy driver Steve "Baggsy" Biagioni in an R35 GT-R drift car in a fun little East-meets-West tandem.

Shot in Sheerness, England, Monster Energy's #BATTLEDRIFT 2 video mixes The Fast and The Furious: Tokyo Drift with a little Guy Ritchie flair: a boxing ref stepping in between Biagioni and Saito sets the tone: "I want a good clean battle. No sandbagging, no brake-checking."

This goes without saying, and Baggsy and Daigo lay everything out on the shipping dock. The cinematography is super stylized and the driving is obviously top-class, but I'd personally prefer a little less quick jump-cut sequences and more close-ups that really show a little more proximity between the two machines.

Regardless, this is probably the most entertaining drift video you'll watch all Thursday. And don't miss Short Course Pro-2 Truck racing driver Casey Currie, who literally jumps into the party halfway into the video. Check it out below: