This Porsche was no match for the P100D's Ludicrous mode. 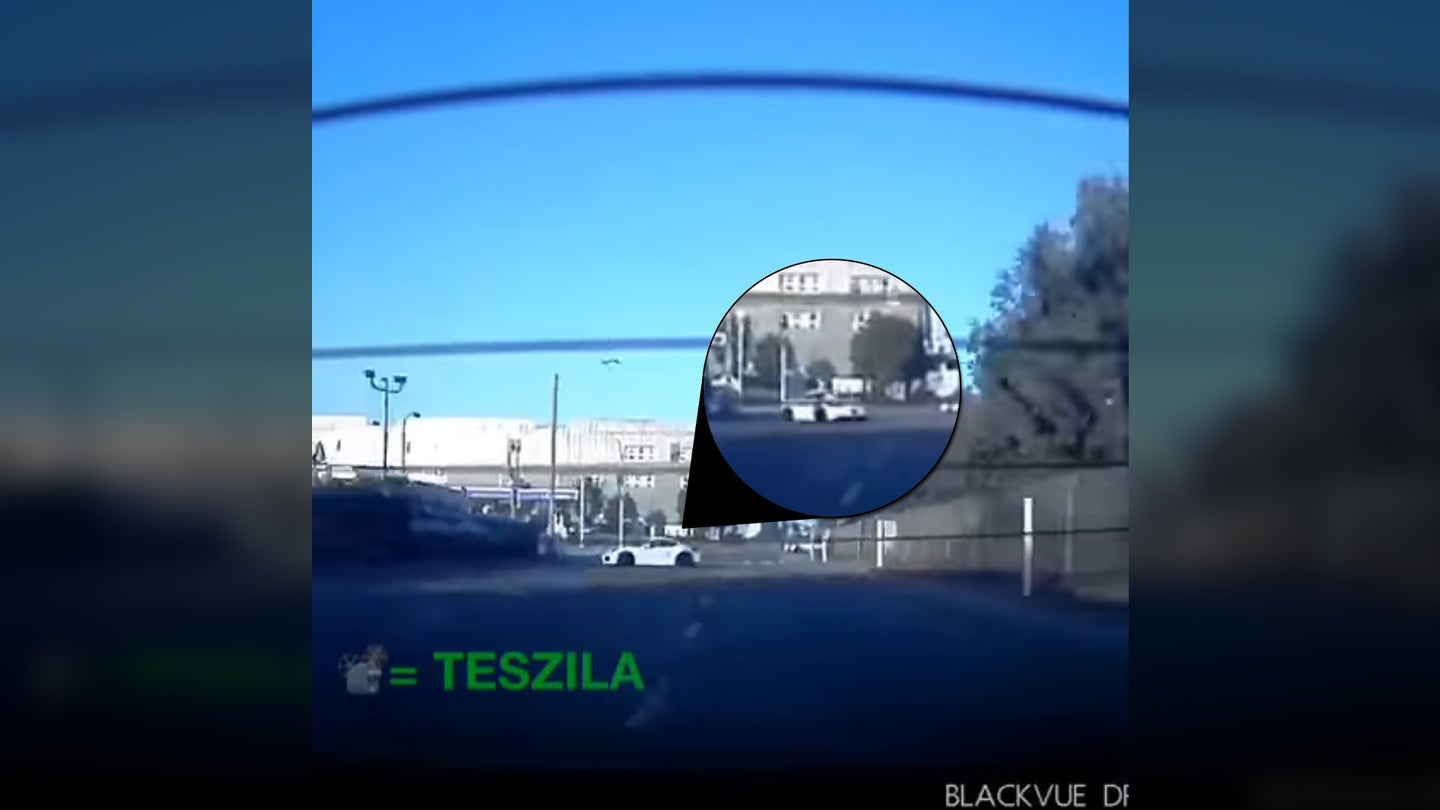 Porsche and Tesla are two brands that attract their own unique cult-like followings. Both automakers create unique, purpose-built cars, but this video shows that not even one of Porsche's most track-friendly models—the Cayman GT4—could hang onto a Model S P90D's bumper on the street.

Instagram user Teszila posted a video of his P90D doing a few pulls in front of the GT4. Each launch from the Tesla showed just how agile the all-wheel-drive electric car can be, and apparently in these circumstances, that meant it could out-handle a GT4. Though the Porsche is in an undeniably capable sports car, the driver behind the wheel couldn't keep it together while following the Tesla.

After the Tesla took a turn and sped off, the Cayman driver realized he or she couldn't hang. The driver lost control of the vehicle mid-corner and spun out, coming to rest next to a curb. Luckily nothing but the Porsche driver's pride was hurt.

The driver's Instagram biography states that he always drives his P90D in Ludicrous mode, which probably doesn't do wonders for his overall range. He also claims a 2.63-second 0-60 time and a 10.80-second quarter mile, which isn't far from what we've seen in the past. Regardless of which is faster, the video certainly shows that the driver mod is one of the most important things you can do to any car.