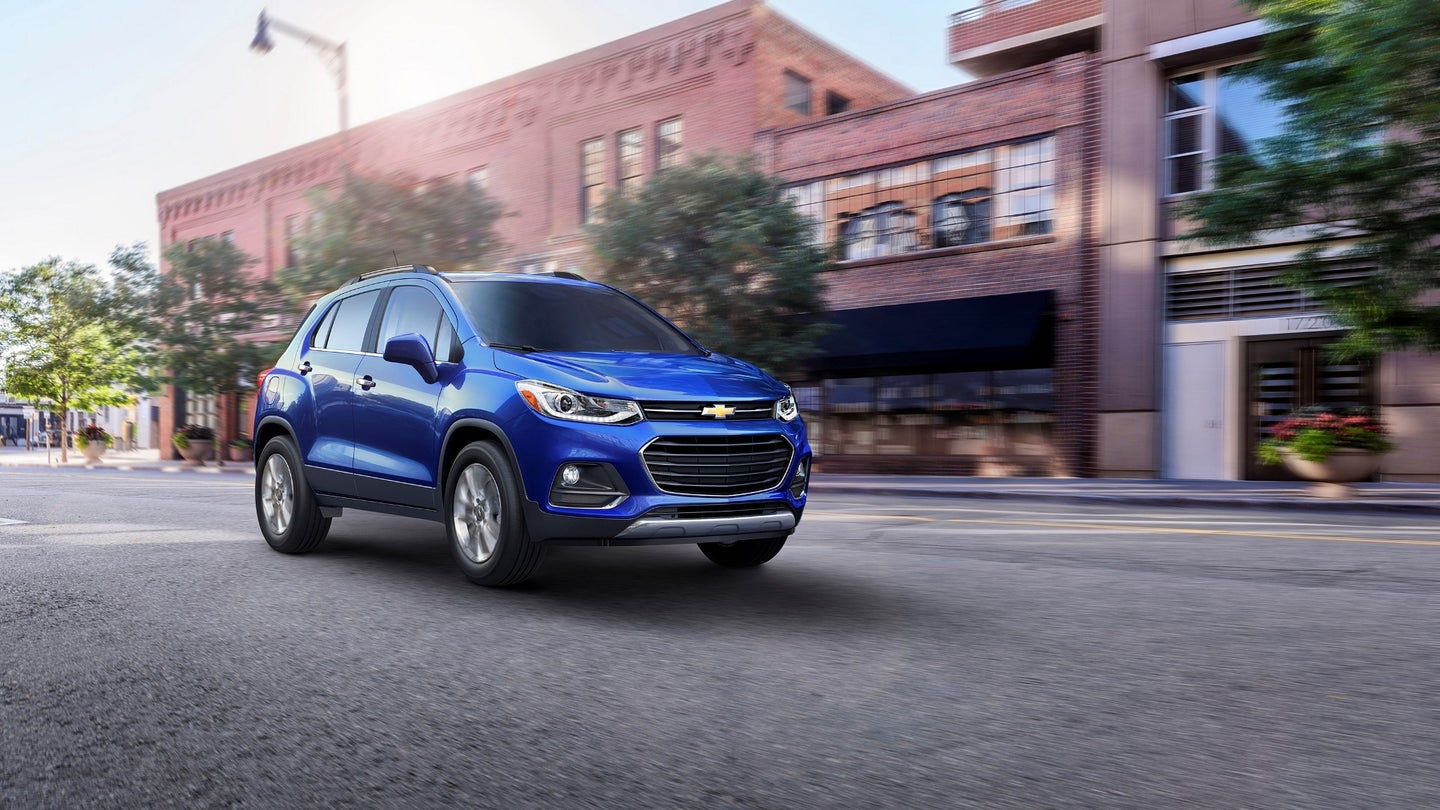 Crossovers are hot, there's no doubt, but here’s more hard data showing us just how irresistible a compact hatch on stilts really is to us Americans. The Chevy Trax crossover which was new to the US for the 2015 model year has already far surpassed the Sonic in sales numbers despite being built on the same Gamma II platform. In case you’ve already forgotten about the Sonic, it’s a Chevy subcompact car slotted below the Cruze that used to be a big seller until the Trax showed up and devoured its market.

According to the Automotive News Data Center, the two Chevrolets sold in about the same amount in 2015 with the Trax passing up the Sonic in 2016 selling 79,016 and 55,255 units, respectively. So far in 2017, the Chevy is on track to almost triple the sales of the Trax over the Sonic having sold 31,044 of the subcompact crossover over just 11,408 Sonics through May.

And get this, people pay significantly more for the Trax than they do for the Sonic and even a little more than the bigger Cruze. According to Kelley Blue Book data, the average transaction price for a Trax is $5,100 more than a Sonic and $1,500 more than a Cruze. You better believe a big chunk of that is pure profit considering a Trax doesn’t cost much more to build than a Sonic.

Despite the rapid decline of the Sonic, it shows no signs of going away. It looks like Chevy is going to keep it in the stable just in case of another gas price hike that would make small cars popular again according to Automotive News. Chevy likes having a full line fleshing out all five segments of cars from the Spark city car to the full-size Impala which is more than can be said of any other mass-market brand.

Looks like crossovers will continue dominating the roads for as long as gas is cheap.