Audi's E-Tron Sportback has made a very subtle appearance on the roof of a parking garage. 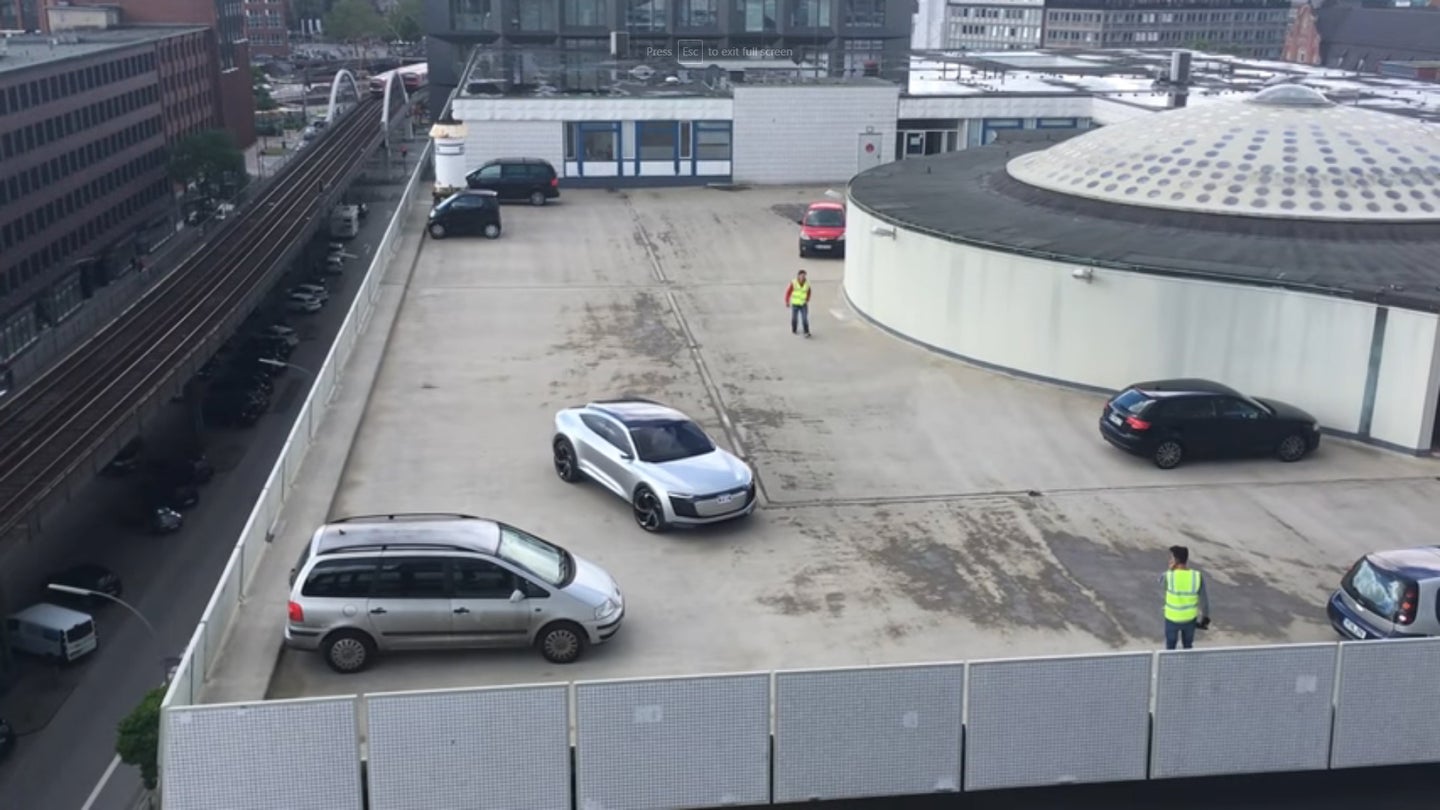 Volkswagen Group has clearly accelerated its focus on moving towards an electric future. When the auto giant announced Audi would have three new electric cars by 2020, nobody would have predicted how far ahead of the game they really were. A video uploaded Friday shows someone catching Audi's newest member of the E-Tron lineup on camera atop a parking garage.

Still hanging onto the reigns of dieselgate, Volkswagen has made increased efforts in researching alternatively fueled vehicles to reclaim its market position. Despite a surprising turnaround after being permitted to sell its fixed cheater vehicles, efforts were still focused on electric cars, including the E-Tron Sportback and Quattro.

Audi recently began taking reservations on its E-Tron Quattro, the all-electric SUV that fits between the Q5 and Q7 models. This behavior may have misconstrued the public's thoughts that it would be the first of the three models to hit the streets, but it seems like the Sportback is much closer to release than anticipated. Heck, an Audi dealer even took the time to tease Tesla's CEO Elon Musk with its newest advertisement for the Sportback on a billboard in Germany.

Not long after, someone happened to be nearby a location—the top of a parking garage in Hamburg—where the Sportback was in motion. The EV can be seen with an exterior that closely matches the concept shown at the Shanghai auto show earlier this year, complete with its illuminated front emblem.

The E-Tron Sportback will likely be a direct competitor to the Tesla Model X. It carries a competitive range of 310 miles out of a 95-kWh battery. Its three electric motors will propel the Sportback from 0-60 in just 4.5 seconds while still ensuring Audi's newest family member will retain the iconic all-wheel-drive featured in most modern Audis. The combined output of its electric powerhouse is a whopping 430 horsepower and even features a "boost mode" to deliver 496 horses for a short period of time—enough to reach 130 miles-per-hour.

Though we still don't have an exact date when the Sportback will go on sale, we can still sit back and admire how futuristic the car appears. Just for good measures (and totally not to hype up the futuristic car), here are a few more video clips of what is to come with the Sportback.