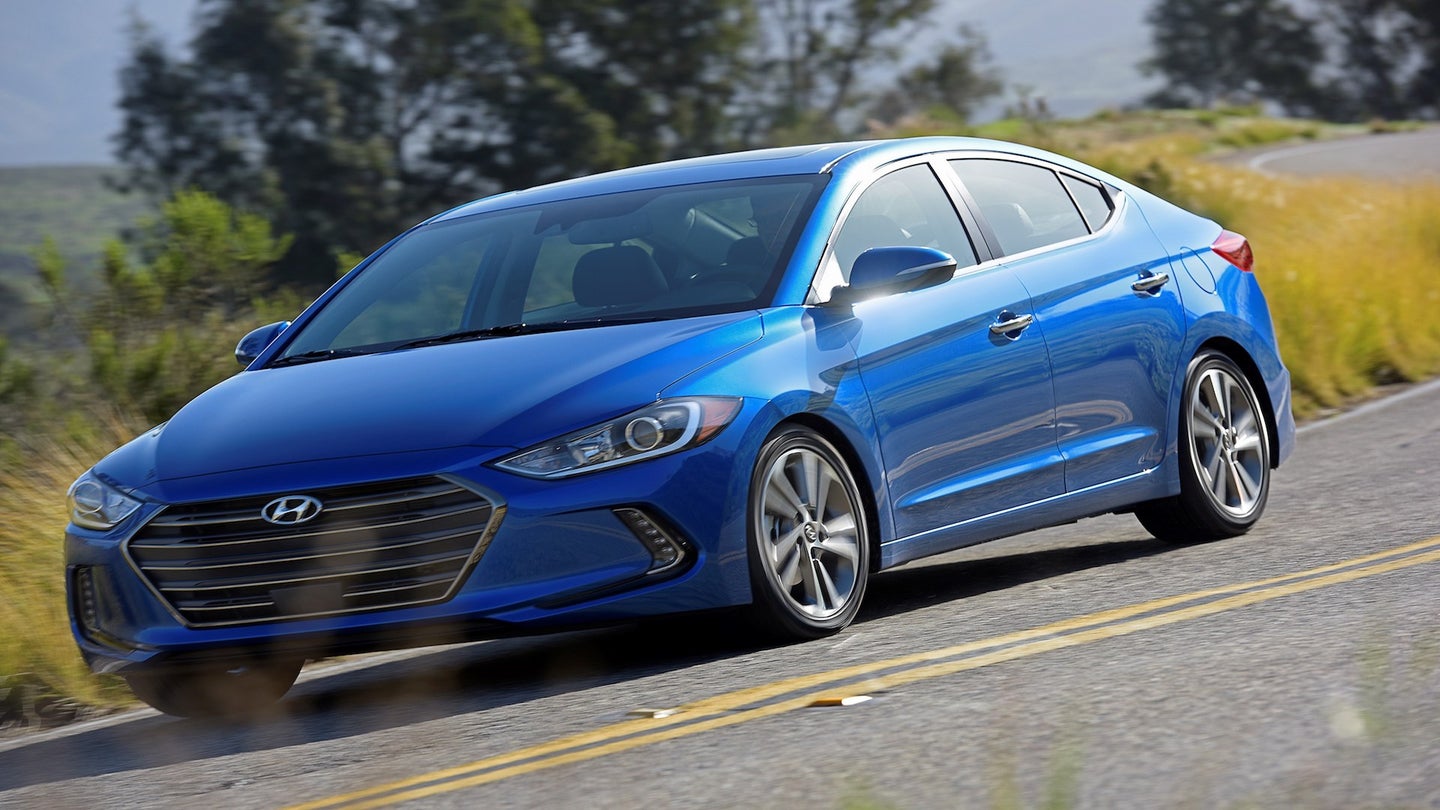 Top-tier performance cars have been charging more for less as long as we can remember. Specifically, the cars that weigh less than a Honda Civic and cost more than a house. In the economy car world, this tactic just doesn't work. Hyundai wants to prove that you can pay less and get more with the latest model of its Elantra. The stylish midsize sedan boasts a handful of new features for the 2018 model year, rivaling those of the upcoming refreshed Sonata sedan. Unfortunately, it won't get the same exterior makeover that the Sonata is getting, but it's what's on the inside that counts.

There's an extensive list of all of the new features that come with the new 2018 Elantra as standard, according to a press release from the automaker posted Thursday. As for safety tech, the Elantra now comes standard with blind spot detection and Rear Cross-Traffic Alert.

The Elantra SEL can be had with the optional  Popular Equipment Package. This package will include even more safety features, rear-view camera, bigger brakes, and other creature comforts. It will also include an upgraded infotainment system with Apple CarPlay and Android Auto integration, plus six premium speakers.

Hyundai has sold more than 2.9 million Elantras in the United States since the car's debut.