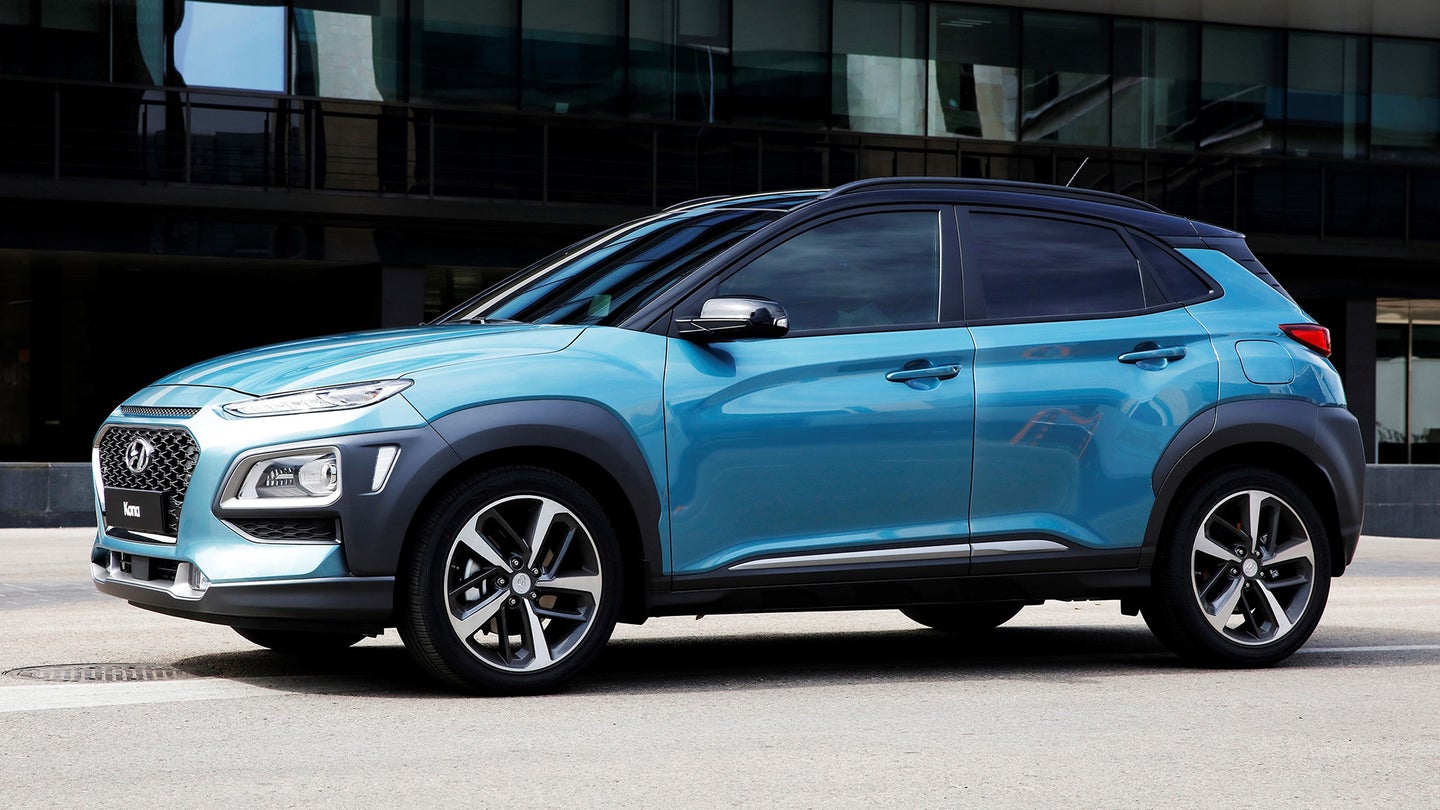 Hyundai has provided us a first look at the brand-new Kona compact crossover—a sporty new SUV promising lots of space and technology for people on the hunt for an urban adventure.

Besides a high-resolution photo and a name, Hyundai has given us a full range of details about its "Urban SUV."  Hyundai is aiming the car at adventure-seekers who need a rugged, all-terrain hatchback for their on-the-go lifestyles.

The Korean auto manufacturer says that this car is the first step towards Hyundai's future stylistic choices. This starts with the Kona's adoption of Hyundai's new Cascading Grille, which it will use on many of its forthcoming vehicles.

The Kona will use state-of-the-art design features to give the cockpit heaps of space while allowing a small overall profile. It will be powered by either a 2.0-liter turbocharged gas engine making 145 horsepower or a 1.6-liter direct-injection turbo four making almost 30 horses more; some markets also get a turbocharged three-cylinder, and a turbodiesel. Customers can also opt for either FWD or 4WD, just like the Santa Fe and Tucson.

The crossover will come with all of the available safety features that other Hyundais get, such as Lane Keep Assist, Forward Collision Assist, and Blind-Spot Collision Warnings. The infotainment system is cutting-edge as well, including Apple Carplay and Android Auto integration, plus a futuristic head-up display.

The Kona is named for the popular district on the Big Island, Hawaii. This follows Hyundai's crossover naming scheme, which names the cars after popular cities and tourist attractions. Who knows—maybe we'll have the Hyundai Walla Walla and the Hyundai Beverly Hills pretty soon.

The Kona is set to go on sale in Korea this month, and later this year in the rest of the world.