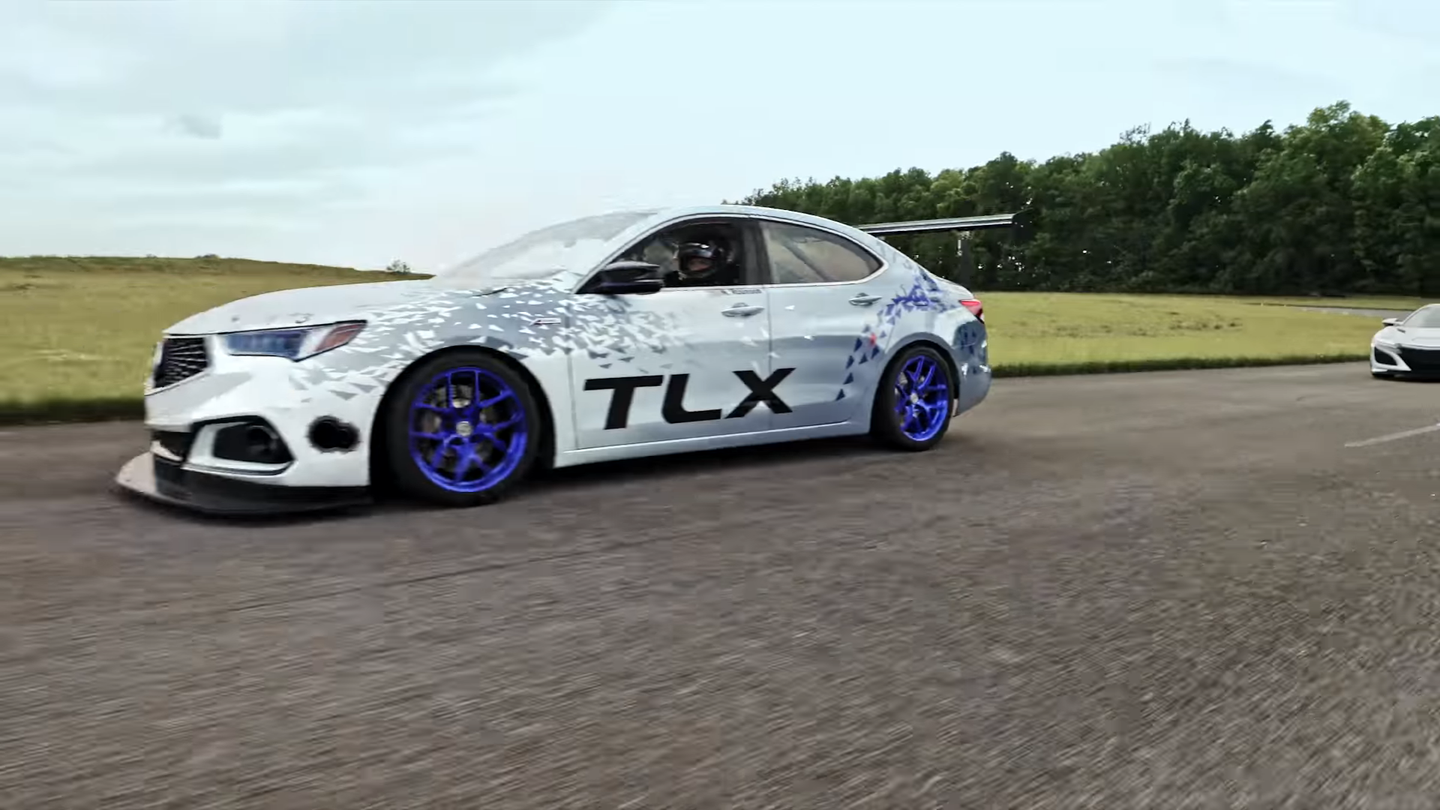 Acura has unveiled plans for race cars built on the NSX and TLX platforms for hill-climb and exhibition series racing. The luxury car brand has been running modified versions of its cars at annual events for a couple years now, and it's looking to set some records this year with a pair of all new, track-friendly TLXs. Based on the facelifted premium sedan, these cars will accompany a special Acura NSX at Pikes Peak as the latter tries to set some fast times on America's most insane mountain run. Although this year's hill climb doesn't start until late June, Acura has already given us some details about its contestants, so we can see what these cars are capable of.

Acura's newest racecar will be designated the TLX A-Spec, and race in the exhibition class. It pulls many of its components from the TLX GT, which it will join on the hill climb. Featuring a limited slip differential, custom suspension, lots of carbon fiber, massive wing, and a 500-horsepower V6, this car has been tuned specifically for Pikes Peak. Nick Robinson will be piloting the A-Spec, alongside Peter Cunningham in the TLX GT. These men have already proven victorious on the mountain multiple times, so the TLX twins are in good hands.

Also returning to Colorado is the NSX, which won the Time Attack event last year. Heavily based on a GT3 car, this special NSX has been given its own arsenal of handling upgrades to keep it on the road in this extreme competition. Pikes Peak expert James Robinson has been driving old NSXs up the hill since 2011, and will get his hands on the new one for the race this year.

Below is a first look at the TLX and NSX side by side, to give us an idea of what to expect from this year's climb.