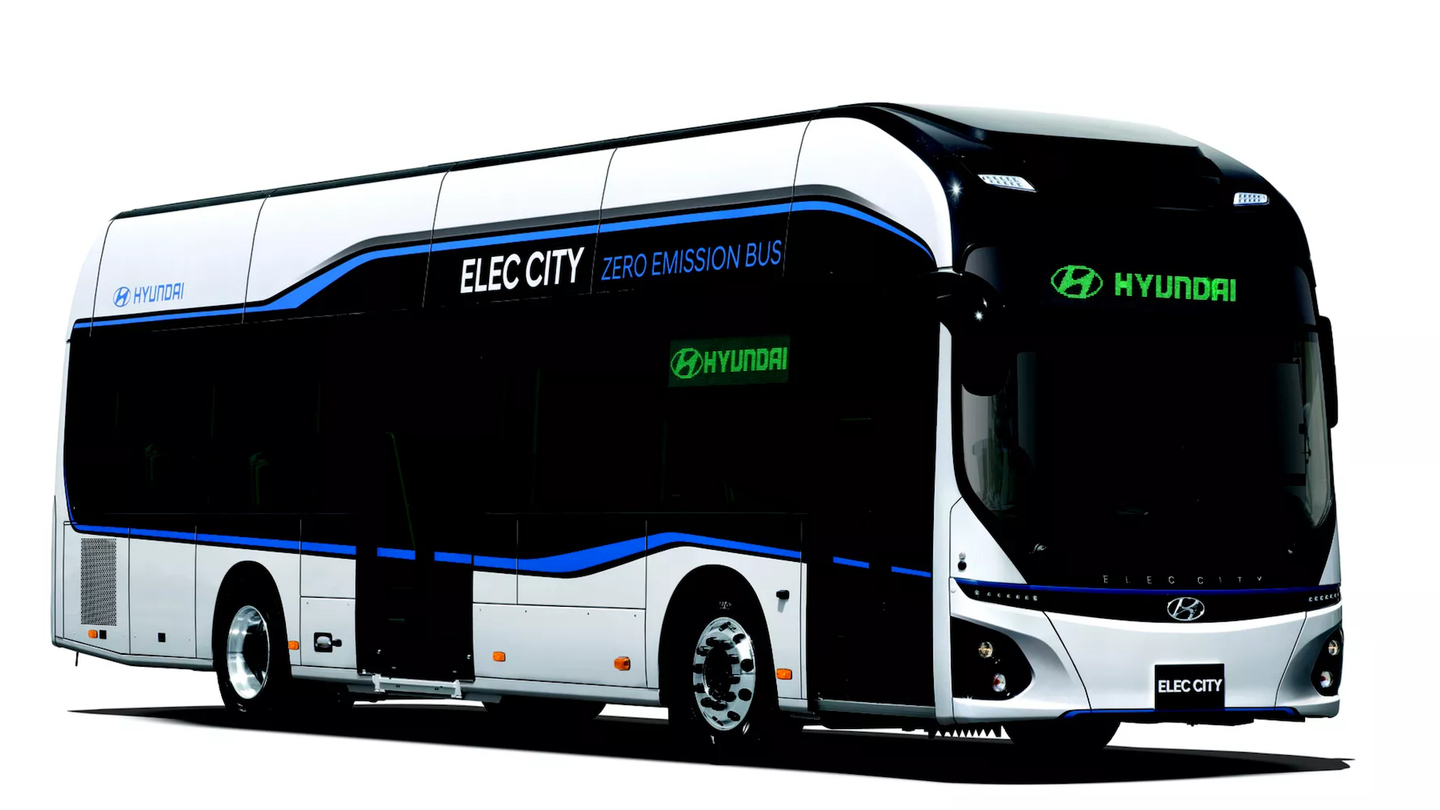 Hyundai announced Thursday that it has a new electric bus called the Elec City that can transport passengers over a distance of 180 miles with just over an hour of charge, according to Yonhap News.

According to the report from Yonhap, Hyundai has been working on the bus over the past eight years. The move is part of the company's efforts to make its commercial and public transportation fleet vehicles more efficient.

Each Elec City will likely cost around $179,000 each, without calculating in any potential government breaks, according to Yonhap. It comes powered by a 256 kilowatt-per-hour battery that charges fully in 67 minutes.

Though the bus is pretty much ready to rock and roll, Hyundai's senior vice president of commercial vehicle R&D doesn't believe society is completely setup for the vehicle.

"There still remain things to be improved in terms of the charging infrastructure for pure electric vehicles," said Tak Yeong-duck, according to Yonhap News. "But we have decided to launch the Elec City next year as the government plans to increase the number of charging stations in the coming years.

As The Verge notes, the Elec City is priced at nearly double what a comparable diesel bus could cost new—but with continuous use, the Elec City could make that price difference up in other ways.