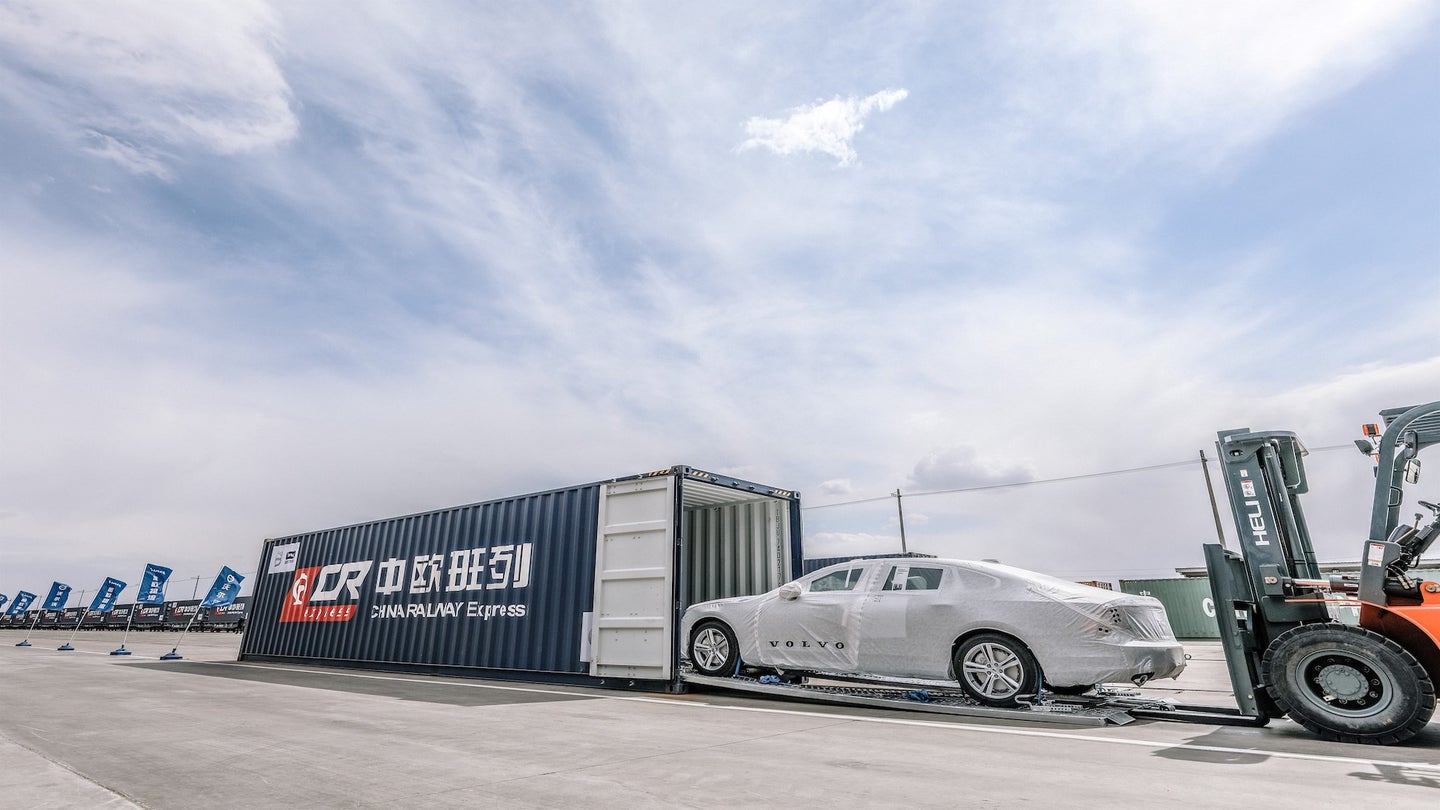 Volvo Cars announced that it will start shipping Volvos made in China to Belgium via China's efficient rail link. This train system establishes a direct and faster trade route between China and Europe, helping China improve its image as a premium manufacturing center at scale. Volvo clearly understands China's potential, having already started manufacturing some of its cars there. (Plus, Volvo is currently owned by Geely, a Chinese auto manufacturer.) The Swedish premium manufacturer first started exporting cars from China to America two years ago with the S60 Inscription, and plans to revive that program with the brand-new S90. This development is another massive step for Volvo in its efforts to take advantage of certain countries' huge manufacturing potentials as it leads the way in global automotive expansion for premium vehicles.

The S90 sedan manufactured at the Daqing factory will be the first Volvo to make the journey to the Zeebrugge, Belgium facility for distribution. Volvo plans to transport the first group of cars this week, and will initially send a new batch of cars along the route once a week. Up to 120 cars can be transported on the train in containers made specifically for Volvos.

There are a number of benefits to transporting via rail over shipping automobiles over the sea. Along with cheaper fuel costs, Volvo says that China's rail line is more environmentally friendly than ships. It is also 75 percent faster to transport a car to Belgium on a train than on a boat, so customers get their cars sooner.