These Front-Facing Headrest Screens Are The Worst Car Mods Ever 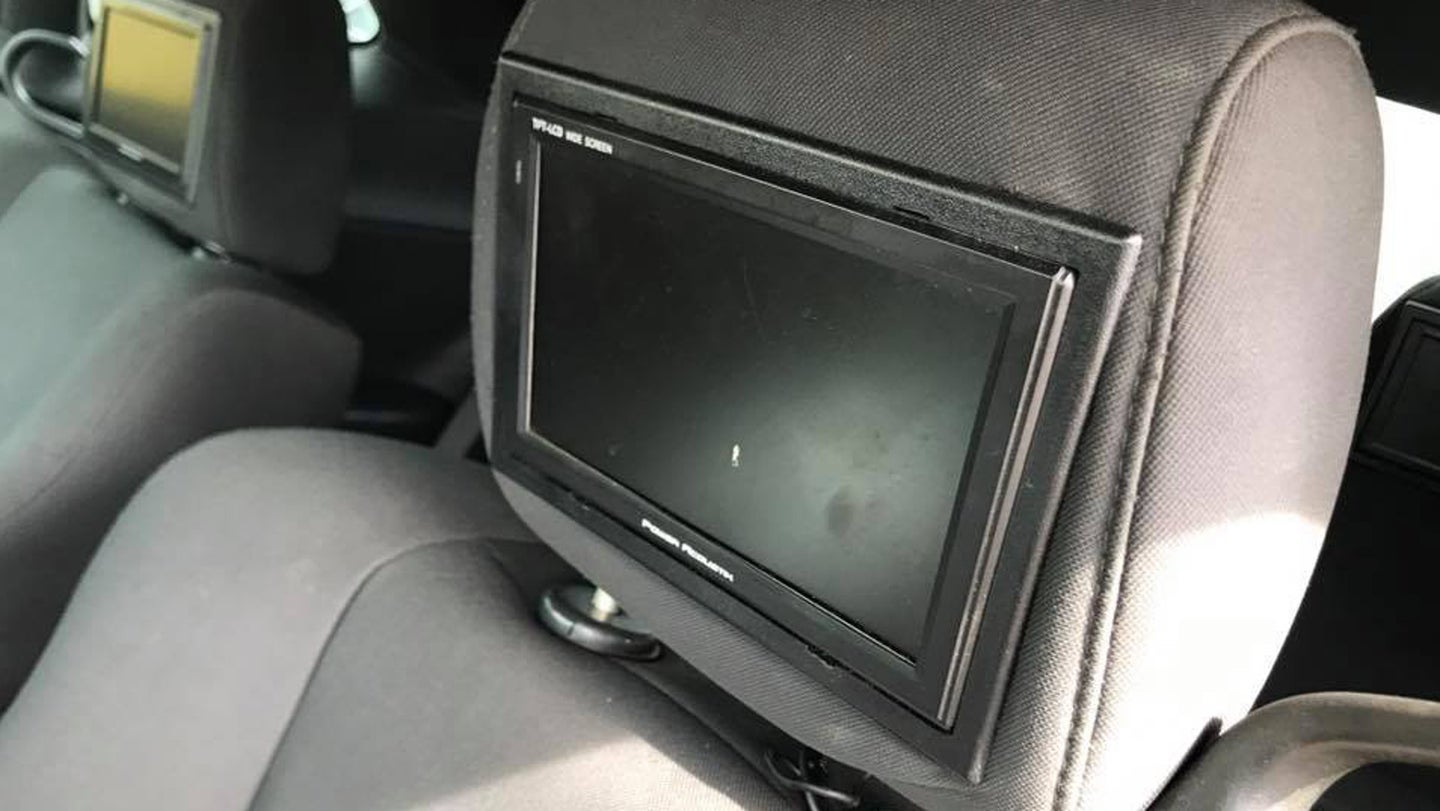 One of the most common (and hilarious) modifications popularized by MTV's Pimp My Ride was the addition of wholly unnecessary LCD monitors to every conceivable part of the car. Screens on the mudflaps, screens on the roof... and now, courtesy of one aspiring customizer in Ohio, we can add screens on the front of the headrests to the list of places where they never, ever belong.

Yes, it appears that someone actually took the time and effort to install front-facing screens on all four headrests in a 2010 Dodge Challenger. Should you want a to own a rolling memorial to what can happen when you measure once and cut four times, this cautionary tale can be yours for just $16,000. A downright steal if I've ever heard one.

There are a lot of questions and maddeningly few answers as to how this travesty came to be. Over on Reddit, where the listing was first spotted, one person suggested the whole thing could be an attempt to use the HOV lanes without actual passengers. Just throw a few face pictures on the screens and you're on your way. Of course, that doesn't explain the driver's seat screen, and the fact that Ohio doesn't actually have HOV lanes.

Then there's the obvious chance that the screens are correctly placed and it's the headrests themselves that are turned around. But unfortunately that's giving humanity a little too much credit as well—the front set appears to be angled and non-reversible, while the backs ones are integrated into the seats. No messing those up accidentally.

So what we're left with is someone who likely wanted to add screens to the back of the front headrests, messed the first one up by putting it on the wrong side, and decided to say "screw it" and do them all the same. Just imagining driving it makes my neck hurt, and I like to think he dumped the car shortly thereafter because it's just too uncomfortable now.

Of course, it's also a base V6 model, so there was little to recommend in the first place. And there's one more mystery at hand: the ad claims there are six screens hiding inside this Dodge Challenger. Where are the other two? I'll be generous and give him one in the infotainment unit, but what about the sixth? I'm guessing someplace extra useful, like inside the center console.

We may never know what madness drove the poor owner to this state, but we sure appreciate the good belly laugh.