Just because you CAN do an engine swap, doesn't necessarily mean that you should. 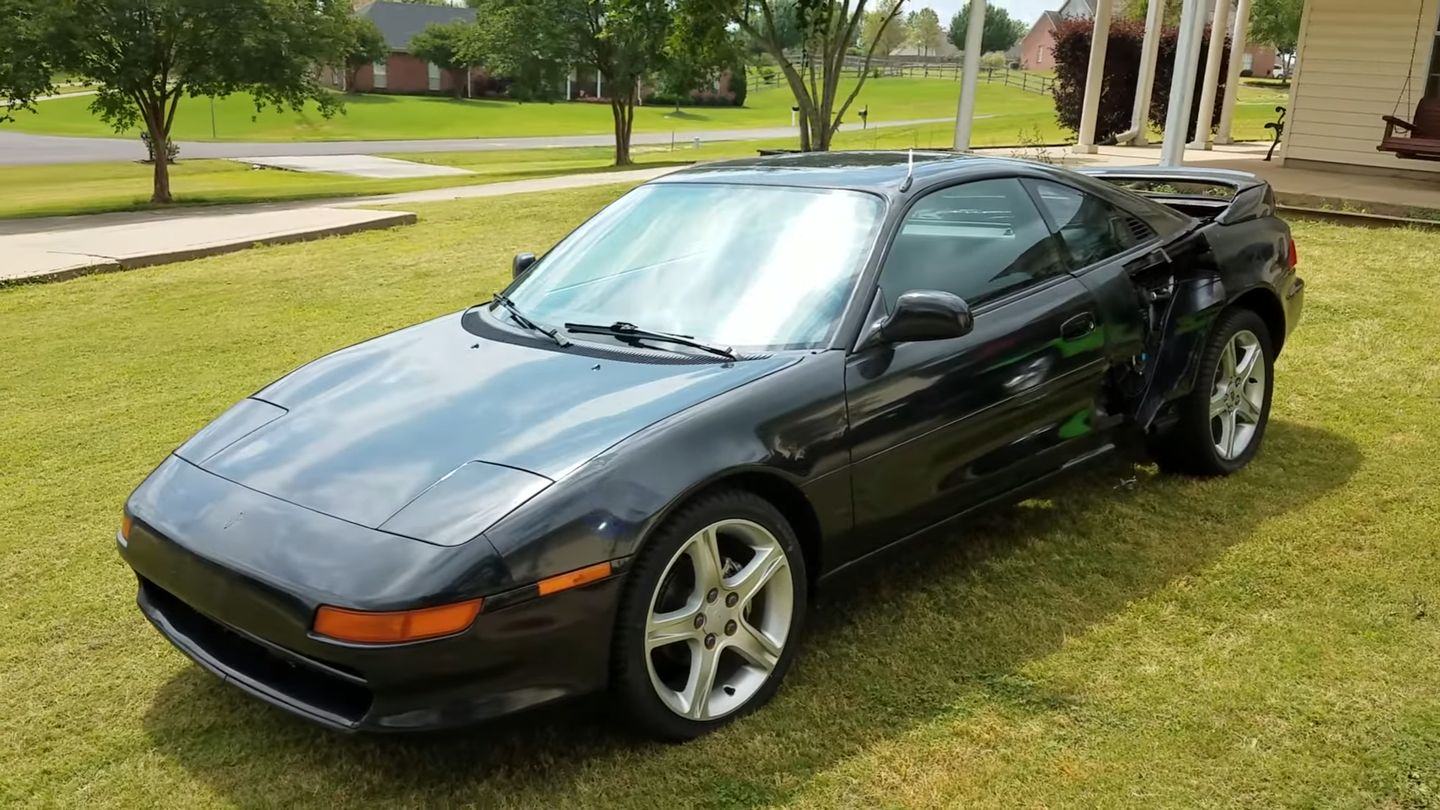 V8 engine swaps are arguably the most common, yet most controversial engine upgrades someone can do to their car. These engines have gone into everything from Porsche 911's to Miatas, and reception of these modifications is always diverse, and often leads to arguments. Some people love it, while others want to burn it and never speak of it again. The latest V8 swap to bear this burden comes in the form of a supercharged 4.0L in a 1991 Toyota MR2. The owner is making a video series to document the build process, and has just gotten the car running. With the MR2's mid-engine design and spry handling coupled with this big forced induction 8-cylinder, this guy may have just created his own little super car.

The man creating this beast is Marty Sweatt, who says he's been doing builds like this all his life. He's taken a 4.0L V8 out of 2004 Audi Allroad, plopped it in his car, and plans to supercharge it.

Sweatt's MR2 first went viral last month when someone posted one of his project videos on Reddit, predictively prompting a huge discussion about whether or not this is a good idea. Any criticisms people had didn't seem to phase Mr. Sweatt, as he's since put out 10 more videos of the project. In his most recent one, Sweatt walks us through the rest of the car, pointing out with his calming southern drawl that the car has a ways to go, but at least it's running now. We're definitely excited to see this car when it's finished, and see how it performs both as a daily driver and on the track.