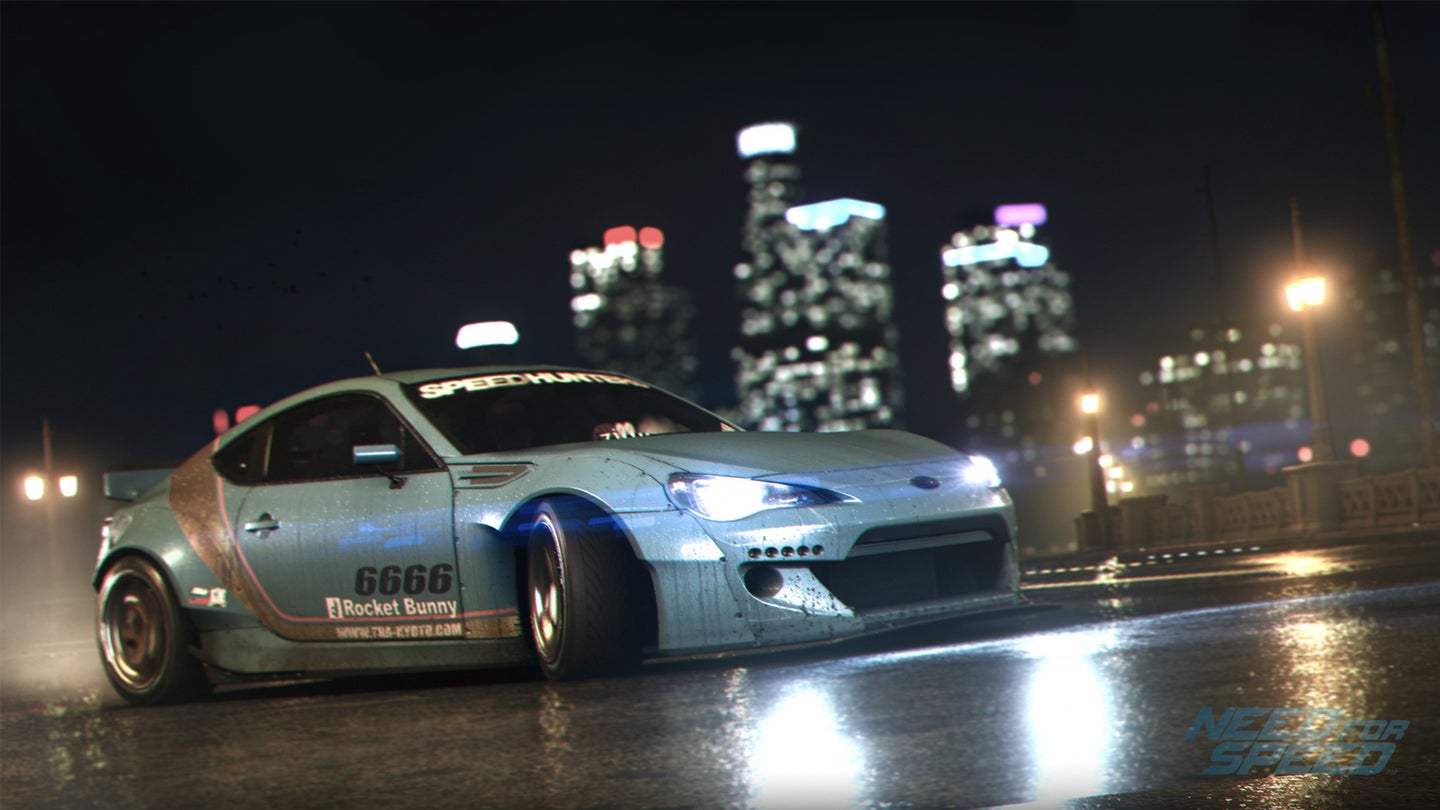 When Need for Speed was rebooted back in 2015 with a game simply titled 'Need for Speed', it was met with a mixed reception from critics and fans. It was praised for its visuals and overall style, but derided for being kinda mediocre at pretty much everything else. One common frustration was the fact that to play the game, you had to be online. If you just wanted to relax and bait some AI cops by yourself, but your internet connection happens to be spotty, you were out of luck. Most infuriatingly, if you had to, oh I don't know, get up to go to the bathroom, there was no real way of pausing your game, leaving your virtual car idle somewhere in a live session, open for cops and griefers to have their way with. "You can't pause an online game, mom!!!"

They also say that deep customization, a police presence, and dirt racing will feature in what is presumably an open world setting.

Whether you’re checking out your freshly customized ride or smoking the competition in an event up in the canyons, you’re going to want a world that not only looks beautiful, but offers you the space in which to do the things you want. We’re dialing up the action and allowing you to tear up the tarmac, and dirt, to your heart's content. Burn rubber as you throw a car around a corner sideways and floor it as you hit an epic jump away from the cops.

Exactly the sort of stuff Need for Speed fans expect, then. More details about the next NFS are expected at EA's E3 press conference scheduled for June 10th, 3pm EST.