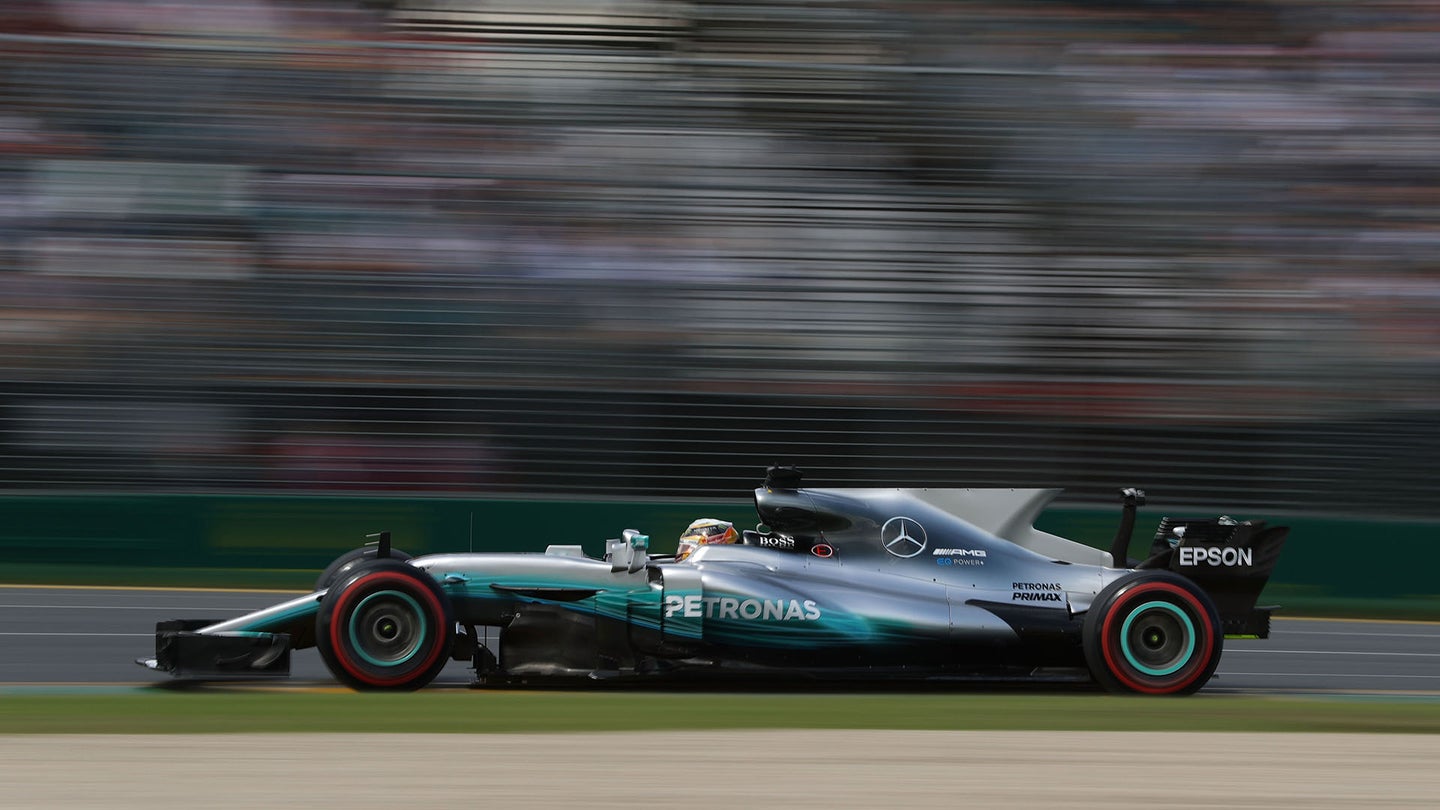 Before qualifying got under way for the Australian Grand Prix, there was one final practice session to be had. It was then that it was announced that Antonio Giovinazzi would replace Pascal Wehrlein at Sauber for the rest of the weekend. Wehrlein injured his back in the off-season in Miami at the Race Of Champions. His car was punted and overturned by Felipe Massa. Wehrlein missed out on several weeks of training and the first pre-season test. He said he didn't feel fit enough to go the full race distance. Giovinazzi was the runner-up in GP2 (renamed F2 this year) in 2016 and is a reserve driver at both Sauber and Ferrari.

During the third practice, Ferrari's Sebastian Vettel reset his record of the all-time fastest lap at Albert Park with a time of 1:23:380. Hamilton got his Mercedes no closer than a half second behind that, but was denied the opportunity for one last run. Lance Stroll banged the wall with his Williams, causing the last session to be red-flagged with just under 10 minutes to go.

With Vettel having laid Ferrari's cards on the table just hours earlier, qualifying would be where it really counts. Was Mercedes holding back a little in the last practice? I think they were. Could Ferrari really take the fight to the Mercs?

Q1 was relatively uneventful. Most of the teams quickly logged times that would advance them to Q2, as a handful tried what they could to not get knocked out. Kevin Magnussen took his Ferrari-powered Haas for a slide over a curb and through the grass while on a hot lap. He completed the lap, but the damage was done. His day ended in Q1, starting in 17th for the race. This was a mistake that he most assuredly would regret considering where his teammate ended up on the grid. Giovinazzi almost got his Sauber in to Q2. He'll start 16th, which is more than respectable considering he'd only driven the car for the first time just a few hours before.

In Q2, things got a little more serious. Valtteri Bottas took his Mercedes to the top and beat Vettel's new record with a flying lap of 1:23:215. His teammate and the two Ferraris came close, but could not better the new record. Advancing to Q3 would be Mercedes, Ferrari, Red Bull, Toro Rosso, Massa's Williams and the Haas of Romain Grosjean. This is the point where Magnussen starts to really regret that error.

With Q3 under way, Bottas again re-set the lap record with a 1:22:798, which was immediately followed up with Vettel pulling out a 1:22:796. Not to be outdone, Hamilton dropped a 1:22:496. I don't know if a record like this has ever been re-set so many times in one day. This was an epic way to start Q3. The session was then red-flagged due to a rare mistake by Red Bull's Daniel Ricciardo. He must have engaged a hidden "Drift Mode" on his car as he went flying sideways off the track and in to the wall.

After the clean up was complete, the cars sat in pits, sans Grosjean. He had the track all to himself and put in a time that would place his Haas 6th on the grid. This is Haas' best qualifying performance to date. This is when Magnussen hides in the team trailer, screaming in to a pillow. The remaining cars finally rolled out, giving themselves enough time for one hot lap each. First across the line was Bottas with another record-breaking 1:22:481. Hamilton was having none of it. He put is foot down, literally and figuratively, with a mind-blowing 1:22:188. Vettel followed a few moments later, but the best he could muster was 1:22:456. Though he was denied pole, he does start from second, splitting the two Mercedes drivers. Not for lack of trying, Kimi Raikkonen managed a 1:23.033 in his Ferrari. He was in the mix all day, but just couldn't make it happen in Q3.

The start of Sunday's race should prove to be interesting. The two Mercedes on one side, the Ferraris on the other. Max Verstappen lines up 5th and should prove to be a factor going in to turn one. I don't think it's a question of will be contact; but more along the lines of out of the top five, who will bump who and how bad will it be. You can't always win a race in the first corner of the first lap, but you can most certainly lose it there.