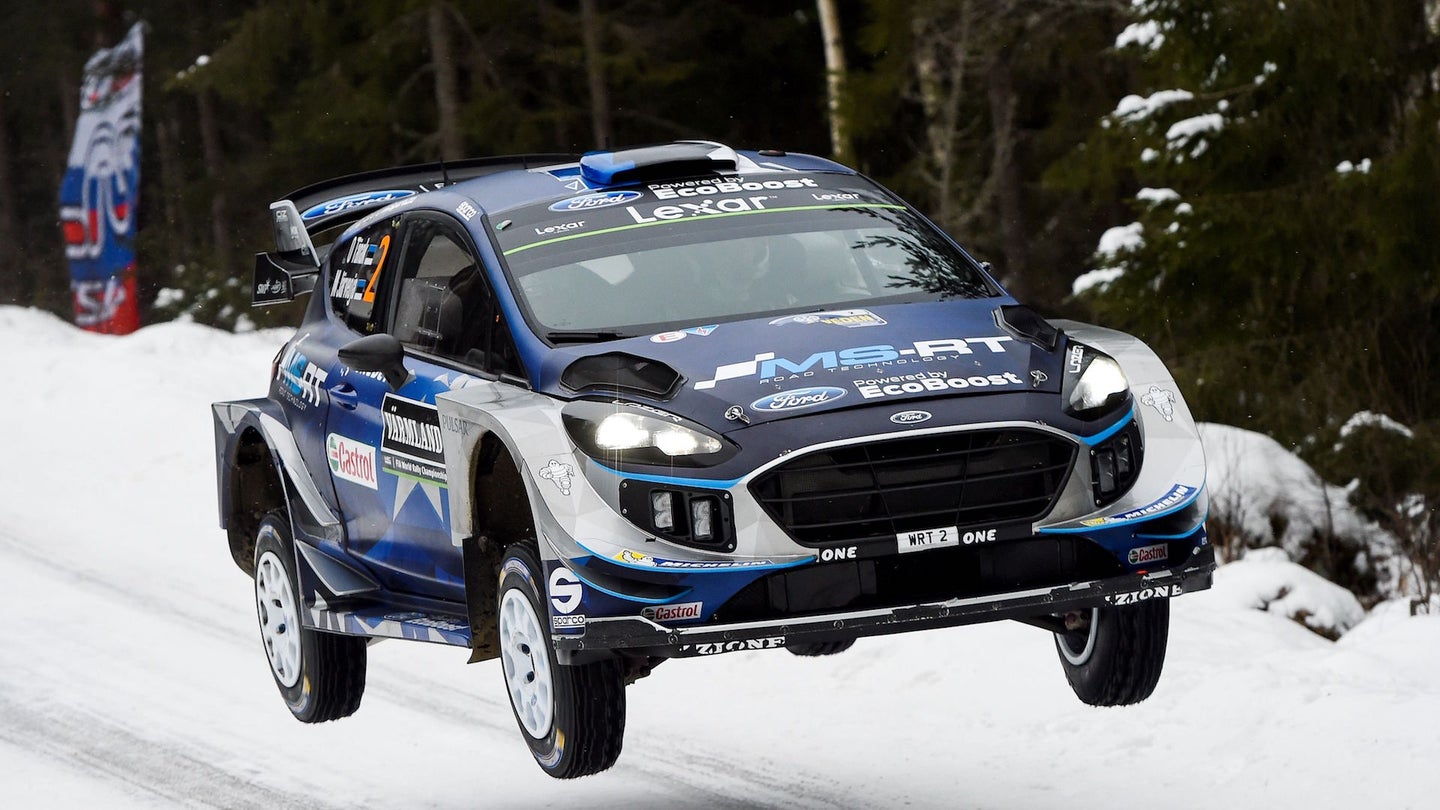 FIA officials are considering limiting average speeds on World Rally Challenge competition stages after the organization had to shut down a stage at Rally Sweden because a Ford rally car managed to clock in an average of 85.62 miles per hour.

The FIA is now looking at potentially limiting drivers to an average of 80 mph on a stage.

"These cars are quicker than the old cars—but in this stage even last year's [cars] were going more than 130 km/h [80 mph]," said FIA rally head Jarmo Mahonen to Motorsport.com. "These kind of stages teach us one thing: we need to take a more firm grip when organizers want to introduce new stages, we have to be present to check them."

Mahonen doesn't necessarily want to have to limit drivers, but he says he's and his team are prepared to do what they have to do to keep speeds at a safe level.

"If we see a stage time of more than [80 mph] then it's an indicator that we need to be looking at this," Mahonen said to Motorsport. "From our point of view this was too fast. What we want to do is look at a guideline on this, but maybe we need to think to the regulations."

Some drivers found issue with how the racing organization went about canceling the stage.

"I don't understand how we can get to this point in the rally before the FIA stepped in and did something about it," one unnamed driver said to Motorsport.com "The road was just straight, not dangerous, just boring. But it was like this when the FIA inspected the route."

Mahonen hopes that other rally organizers will take note of this incident and keep their eyes open for stages that cars are carrying too much speed on.