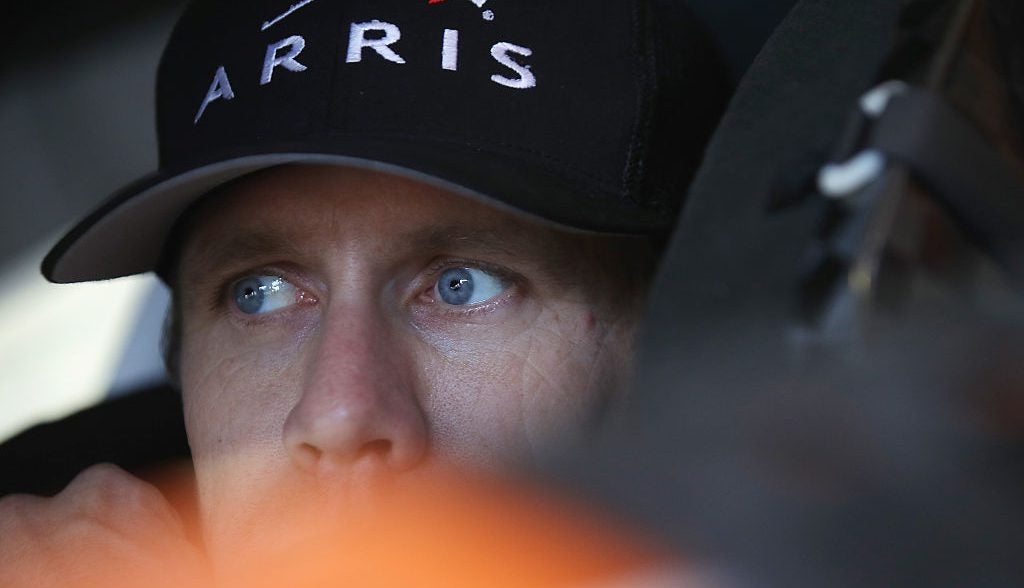 A few Februarys ago, I met up with Carl Edwards on the icy, snow-dusted tarmac of the Jim Hamilton - LB Owens Airport in his hometown of Columbia, Missouri. He was in his early 30s at the time, and still a growing force in the sport after planting a flag in the Craftsman Truck series and winning the 2007 NASCAR Busch Cup series.

Since then, Edwards has risen to the top of the Roush Fenway Racing team ranks, then moved over to Joe Gibbs Racing, where he nearly won the Sprint Cup title twice—most recently this past season, when a late race wreck dashed his championship hopes.

In December, as NASCAR fans were picking up the pieces of fan favorite Tony Stewart's planned retirement, Edwards walked into Joe Gibbs's office in Charlotte, told him he wanted to be released from the final year on his contract, and then announced to a still quite stunned NASCAR world that he was leaving the sport, effective immediately.

One by one, drivers expressed their respect for Edwards' decision to go out at what is truly the prime of his game. But there is a hint of haterism, disguised as downhome perplexity. Matt Kenseth called him and tried to figure out what he was thinking, and hung up none the wiser. Kyle Busch is still searching for an explanation. Edwards says the reason isn't anyone's health, and that he won't be racing in any other series. He's hinted at political ambition, maybe even the Senate, and quoted Benjamin Franklin: "It is the first responsibility of every citizen to question authority," he wrote.

That last part might be the only explanation of Edwards's retirement that makes sense. Tony Stewart once said, "Carl, I think, is starting to show everybody that he's the Eddie Haskell of NASCAR." Edwards does has a tendency to sport a smile just a little too wide for a series peppered with taciturn media-haters like Kenseth, Kurt and Kyle Busch, and the truly unpleasant Kevin Harvick. Sure, Edwards may want to spend a little more time with his two young kids, but the fact is that a NASCAR driver gets a lot more vacation days than I you or do.

In reality, I think he believes himself to be cut out for something different. Something bigger than his 28 Sprint Cup wins and the backflips will ever get him, bigger even than a Cup championship.

On this early, bitter cold Missouri morning, Edwards was stoked. He parked his Ford Super Duty pickup behind one of the hangars, and stepped out wearing a North Face jacket, winter boots, and a big smile on that handsome face of his.

I was there on assignment for a men's magazine to profile one of the bright rising stars of NASCAR, and would spend a couple days with him in Florida as he prepped for the Daytona 500. He had come home for a couple days during Speed Week. Unlike most of the other drivers in the NASCAR Sprint Cup Series, Edwards never kept a residence in the Charlotte, North Carolina, area. He preferred to stay in his hometown, around his parents, including his step-father, who was the Dean of the University of Missouri School of Journalism.

"I love it here," he said. "I mean, I love North Carolina too. But this is my home. It's where I was raised, and it's where I'm going to raise my family."

We walked into the hangar to inspect a yellow and black Aviat Husky, a single-engine backcountry taildragger that Edwards could use to deliver himself and his mountain bike basically anywhere he wanted. Like a modern-day stock car, the Aviat is an anachronism—simple, durable, and adorned by little modern technology. Where NASCAR compromised and shifted to fuel injection, the Aviat added a GPS.

"This plane is basically unbreakable," he said. "That's part of its beauty. It's idiot-proof."

We went into the air controller's office and checked the weather report. It was snowing outside, overcast, with a low ceiling. The weather in Daytona wasn't much better—it was cold and rainy, with icing conditions on approach. Edwards didn't seem concerned. He sat at a computer terminal to review his flight plan, made some notes, and made a remark to one of the controllers about the dicey weather.

Outside again, we climbed aboard his new-to-him Cessna CJ4 jet. Buckling in, he chatted happily about the plane (one of his most cherished purchases), his love of mountain biking, and his girlfriend, Kate, a physician he would end up marrying the following year.

He went through the startup procedures and he taxied to the end of the runway.

"You know why this is an exciting flight for me?" He put on a big smile.

"Right. No. Seriously, the reason is because it's my very first time flying this aircraft alone."

And with that, Edwards turned to me, flashed a set of two-finger heavy metal devil horns, and opened the throttle on his jets.

"Don't worry," he said as we accelerated down the runway. "I have a perfect solo flying record in this aircraft."

And with that, Cousin Carl, a one-of-a-kind in a cookie-cutter sport, left earth and pointed east to the Florida coast.