But don't call him retired just yet. 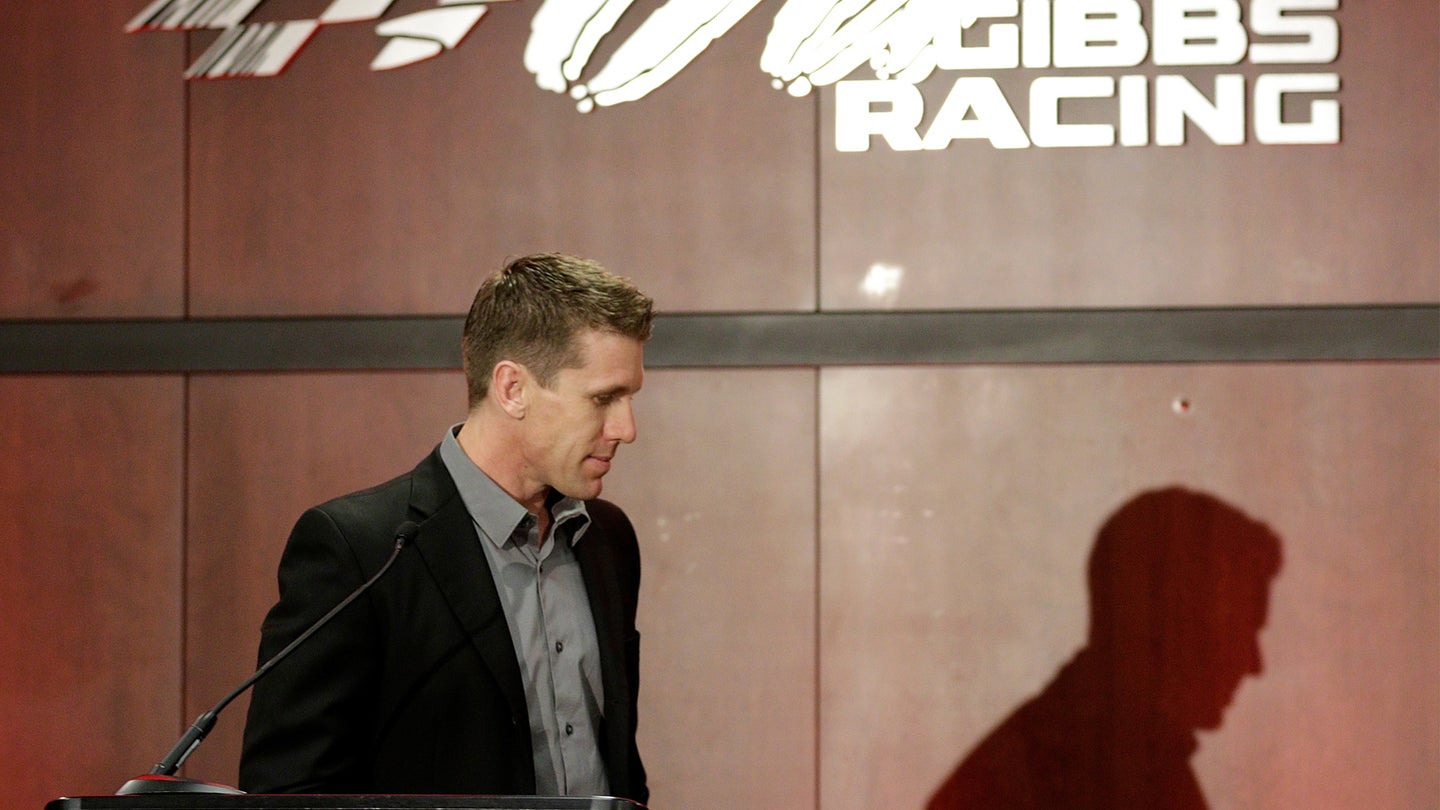 After shocking reports yesterday, Carl Edwards has indeed announced his decision to step back from full-time racing duties in 2017. The driver of the No. 19 Joe Gibbs Racing Toyota Camry cited career satisfaction, his family, and his health as the reasons why he has decided to step aside. Edwards will be replaced by 2016 Xfinity champ Daniel Suarez.

Though he never won the Cup championship, Edwards finished runner up twice in 2008 and 2011. Despite the lack of championship hardware, his 28 victories in the premier series still has him tied for 26th on the all-time list. But Edwards insisted during his press conference "You guys know I don’t race just for the trophies.”

For him, the biggest victory of his 13-year career in NASCAR's premier level is walking away with his health. Edwards remarked during his press conference that he is lucky to still be sharp after 20 years of racing, and owes that to the safety improvements of the sport. But, despite improved safety technology, Edwards doesn't feel comfortable with the hard hits the drivers take, and he wants be just as sharp in 30 years as he is today.

It's a valid concern on Edwards' part—especially in light of Dale Earnhardt Jr.'s 18 missed races in 2016 after a concussion that left him with vision and balance problems, and the ongoing research into CTE in football players and action sports athletes. As a father of two young children, Edwards is taking not only the immediate consequences of these hard hits into consideration, but the long-term impact as well.

Edwards, however, refuses to say he is retiring from racing. While he has no intention of driving full-time in NASCAR or any other series, he admitted he would entertain any intriguing offers.