Cadillac! Hey, Cadillac! Get Off Your Ass!

Seriously, guys. Get it together. 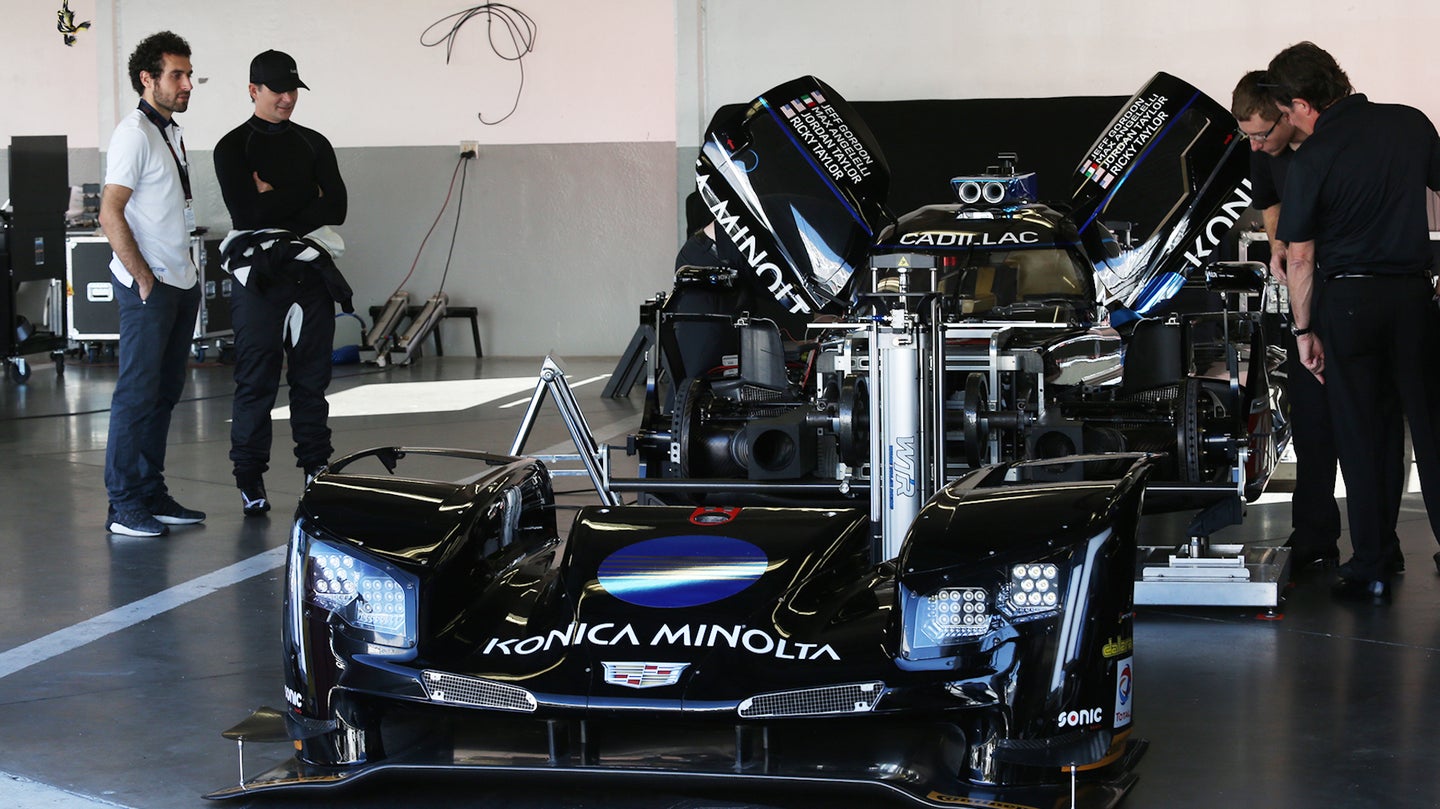 In one of the best-kept secrets in motorsports, Cadillac is backing three of the top teams, in the top class, of the IMSA WeatherTech SportsCar Championship. They are running 6.2-liter Cadillac V8 engines, and the bodies are styled to resemble Cadillac’s V-Performance models, which mostly means a Cadillac badge on the noses, and Cadillac-looking headlights for its DPi-V.R.

Cadillac delayed this announcement not once, not twice, but five times, finally admitting they would be racing in IMSA’s fastest class. That came on Wednesday, November 30, pretty much a perfect time to guarantee no one would be looking for a big motorsports announcement.

Since then, crickets. The three teams (at least) that will be racing the Cadillac are Action Express, which has a two-car team – the Mustang Sampling number 5, and the Whelen Engineering number 31. In the three years the IMSA WeatherTech series has existed, the number 5 car won the championship the first two years, and the number 31 won it in 2016.

The third car is the high-profile number 10 Wayne Taylor Racing Konica Minolta Cadillac driven season-long by brothers Ricky and Jordan Taylor, and with a special guest helping out for the Rolex 24 at Daytona on January 28 and 29: Four-time NASCAR champion Jeff Gordon. The car has CADILLAC in medium-sized letters over the windshield, but that’s about it.

So Cadillac has two cars that could very easily win the Rolex 24, and the IMSA championship. And a car that could also win the race and the season championship, and for Daytona, it has Jeff Gordon, one of the biggest personalities in racing in the car.

So to say Cadillac is missing an opportunity to activate their participation – “activate” is the industry term for spending a shitload of money on a project, but hoping to get your money’s worth by activating the newsworthiness with a flood of press releases, social media, media interviews with, say, Gordon that ties him to Cadillac – is an understatement. But so far, so little.

TheDrive.com asked Gordon if, at least, they gave him an Escalade: He laughed, and said, “No, not yet, but that would be nice.”

Cadillac could have exhibited one of the Prototype cars at the ongoing North American International Auto Show in Detroit, like Mazda debuted its Prototype car at the Los Angeles show, and like Ford, Mazda, BMW, Acura and others showed their IMSA race cars at the Detroit show, but they didn’t.

One source suggests that Cadillac will have its act together by the actual race, but it’s surprising that at last weekend’s Roar Before the 24, the official pre-race Rolex test, Cadillac didn’t have a banner, a bunch of Cadillac press releases at the media center, a Cadillac executive to talk about the new effort, a CTS-V parked in the courtyard for the fans to look at. Cadillac has done a very good job of publicizing its Pirelli World Challenge teams, but so far that hasn’t transferred to IMSA.

There’s just 18 days until the Rolex 24. We’ll see then if Cadillac shows up.