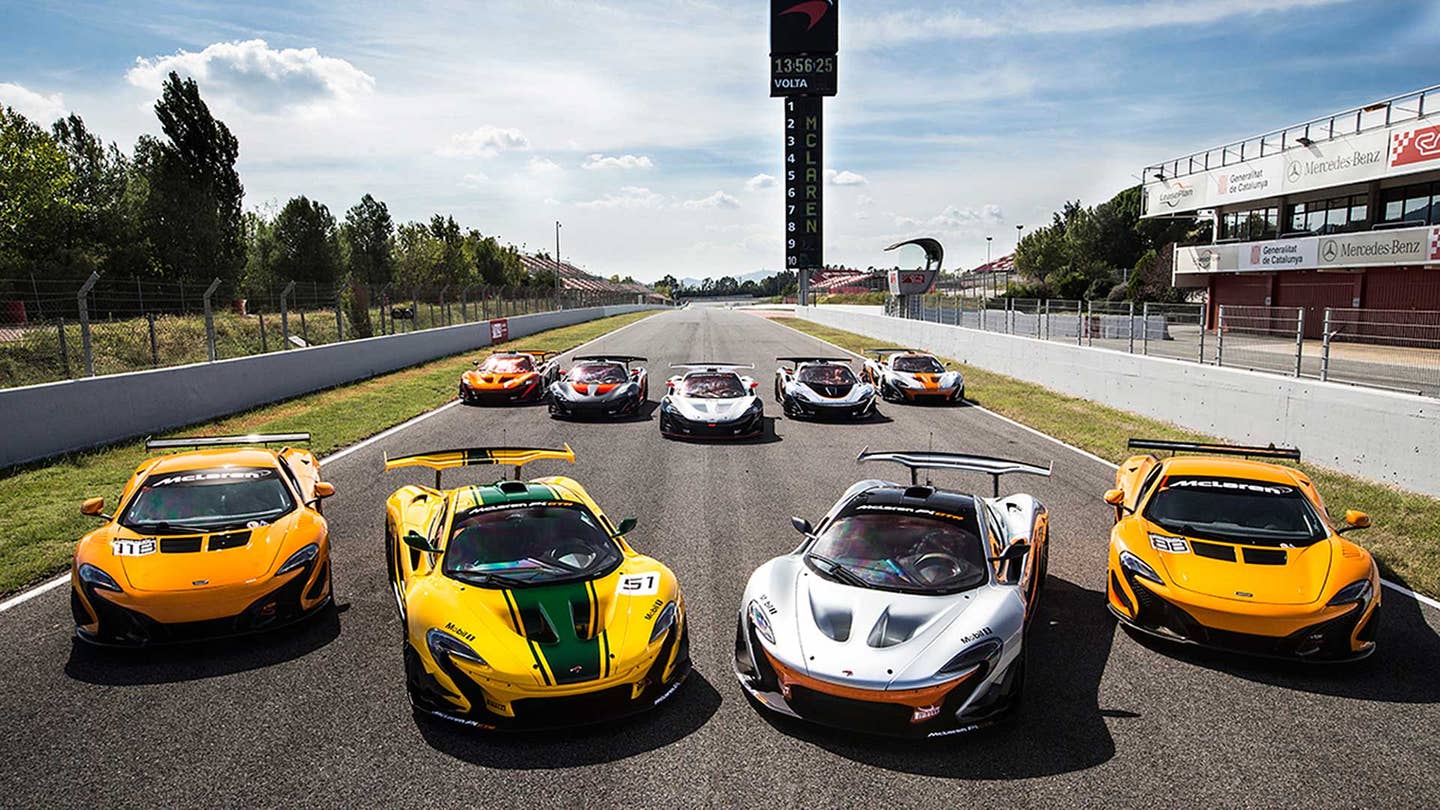 The billionaire boy-racer season is warming up. Seven unidentified lucky souls have just wrung out McLaren P1 GTR race cars in Spain. You won’t click a YouTube video or heart an Instagram pic about how these 986-horsepower hybrids tore up the Circuit de Catalunya. That’s the difference between rich and quiet, backdoor, unimaginable rich.

In case you’re not one of the roughly 40 P1 owners who dropped or will drop $3.1 million on the track-only P1 GTR, here’s the deal. That cost brings the raddest driving school known to mankind: McLaren engineers, testers, paddock crews, racers like Bruno Senna cheering you on, six track days on the most famed race courses, four hours of simulator time at McLaren headquarters before each track session and custom racing livery with matching suits and helmets. The only people you’ll race against are other P1 GTR owners. It’s Forza Live in real life, with no graphics-engine latency.