How to Change Your Oil: A Primer

It helps to have a jackstand. Or a tree stump. 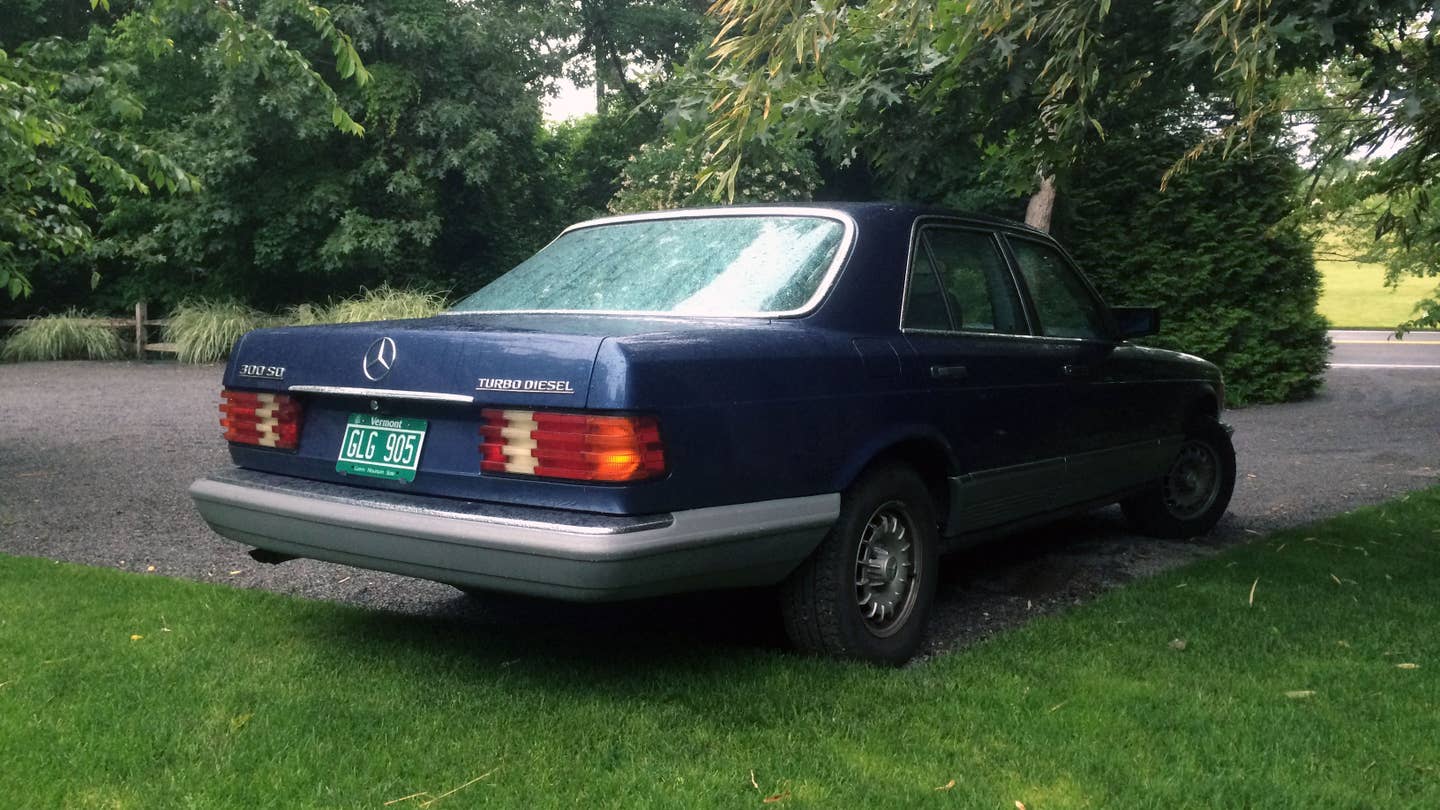 Comparing DIY car care to virginity is not totally fair, because most people live their entire lives never having sullied hands or knees on a garage floor. That, and it’s a solo undertaking. Still, this felt momentous, exciting, a little dangerous and fairly messy. On Friday, October 23, 2015, I changed my own oil.

It was meant to be. The stars aligned, the editors were kind. After a trip midweek in Stowe, Vt., I diverted to my childhood home in Guildhall, a town that once printed bumper stickers exclaiming “The only one in the World!,” leaving residents of London’s Guildhall neighbo(u)rhood slighted, and us looking at best provincial, at worst ignorant. I had to stop by; a native Vermonter forsaking his hometown’s foliage for that two towns over is like a native New Orleanian deciding not to make the trip from Baton Rouge for Mardi Gras.

Besides the maple sap in my heart, a more solemn errand called me back. I keep a car in New York, and it’s my little raft of autonomy against a tide of good sense and public transportation. Budget and the automotive taste of Lucille Bluth dictate that that car is a 1985 Mercedes 300SD, in pleasing medium blau. She pummels cobblestones in Red Hook, cruises Bedford Avenue in Williamsburg, steams down Eastern Parkway. She’s the sooty queen of Brooklyn. Snow and sleet, though, are not her beat; come winter, she retires to a barn in Vermont.

The car needed an oil change, too. I called around—$19.95 deals abound—but Friday afternoon is not the time to try last minute, even in a part of the country whose population density rivals Wyoming’s. The air crisped and the sun fell onto a rusty jack in the corner of the garage. The light wouldn’t last, and I was loathe to drive an old car another mile with old oil. Any oil that was changed would be with my tender hands.

Outside, the dog, an elderly bloodhound named Isabel, looked lonely, so I threw her and some old bath towels into the back seat and we went to the auto parts store. The Internet may ultimately be a force for evil, but it’s mighty helpful for the amateur wrench: screenshots on the phone detailed what density of oil I needed, what kind of filter and how many pairs of gloves. It’s purposeful, a trip to get oil. The bloodhound’s slobber streamed lengthily out the window, creating the proud flag of our mission.

“Elegant dog,” said a customer who had definitely changed his oil before.

We pulled into the parking lot of the parts store. The dog has a history of chewing through seatbelts—she’s obliterated a minivan’s seven in under 30 minutes—so I pulled her out of the back seat. The store’s policy is no dogs, but seeing an anomaly in New York City-regulation black attire with a willful hound and a worried face, the guys at Bond Auto Parts waved her inside, where she soon knocked over a tower of filters.

“Elegant dog,” said a customer who had definitely changed his oil before. Bloodhounds are distinctly inelegant—all flaps, flops, spit and flatulence—but I nodded as Isabel nosed him in the groin.

A word to the wise: It is not in fact cheaper to change your own oil. Between two gallons of 15W40 Rotella, an oil filter and a pan, I left $60 lighter, but invigorated. At the door, Isabel made a break for the ice cream shop next door. I collected her and the fallen goods, and we drove home.

Like a harried chef, I fretted about internal temperatures. I was chasing some ideal warmth, knowing I needed low viscosity to drain the oil. Satisfied, arbitrarily, at 80 degrees Centigrade, I shut off the agricultural five-cylinder and began to set up. Two tons of steel needed to be lifted.

Growing up with two parents who have worked in Emergency Rooms—making them fluent in the sometimes banal dangers of Vermont life—I promised myself that Oct. 23 wouldn’t be the day I was found crushed under my own car, a mournful dog licking my sneaker. As I heard at Bond Auto Parts, trust a jack like you’d trust a snake. So, I jacked the car up, then slipped a stump I’d found on the woodpile underneath. The jack handle twisted, and the car came to rest solidly on the stump, like a stuffed bear posed in a museum. For the full effect, I split another stump and chocked the rear wheels with the halves.

Satisfied after ample prodding, I crawled under the car. Wearing my dad’s grimy overalls and with my mom’s Apocalypse-ready headlamp, I felt both cartoonishly boyish, garbed in adult drag and, as I loosened the oil drain bolt and the steaming oil fell (mostly) into the bedpan-like bowl, damn crafty. The rest of the process, from o-rings to crush washers, went perfectly; the Internet never led me astray. Pouring thick, honey-like liquid into a crankcase is like feeding a calf. I was generous, benevolent, near godly, rewarding my beast of burden with ambrosia.

Now, the Mercedes lives in a shed. As I favor, I asked that my mom give it some exercise in my absence. So, though she’d rather crawl to work than drive a Mercedes—even one with the market value of an IKEA dining set—the depths of maternal love mean my mother will now and again drive a 17-foot vintage Benz down Guildhall’s main thoroughfare.

The stumps, after Sunday’s cold snap, have since been repurposed.