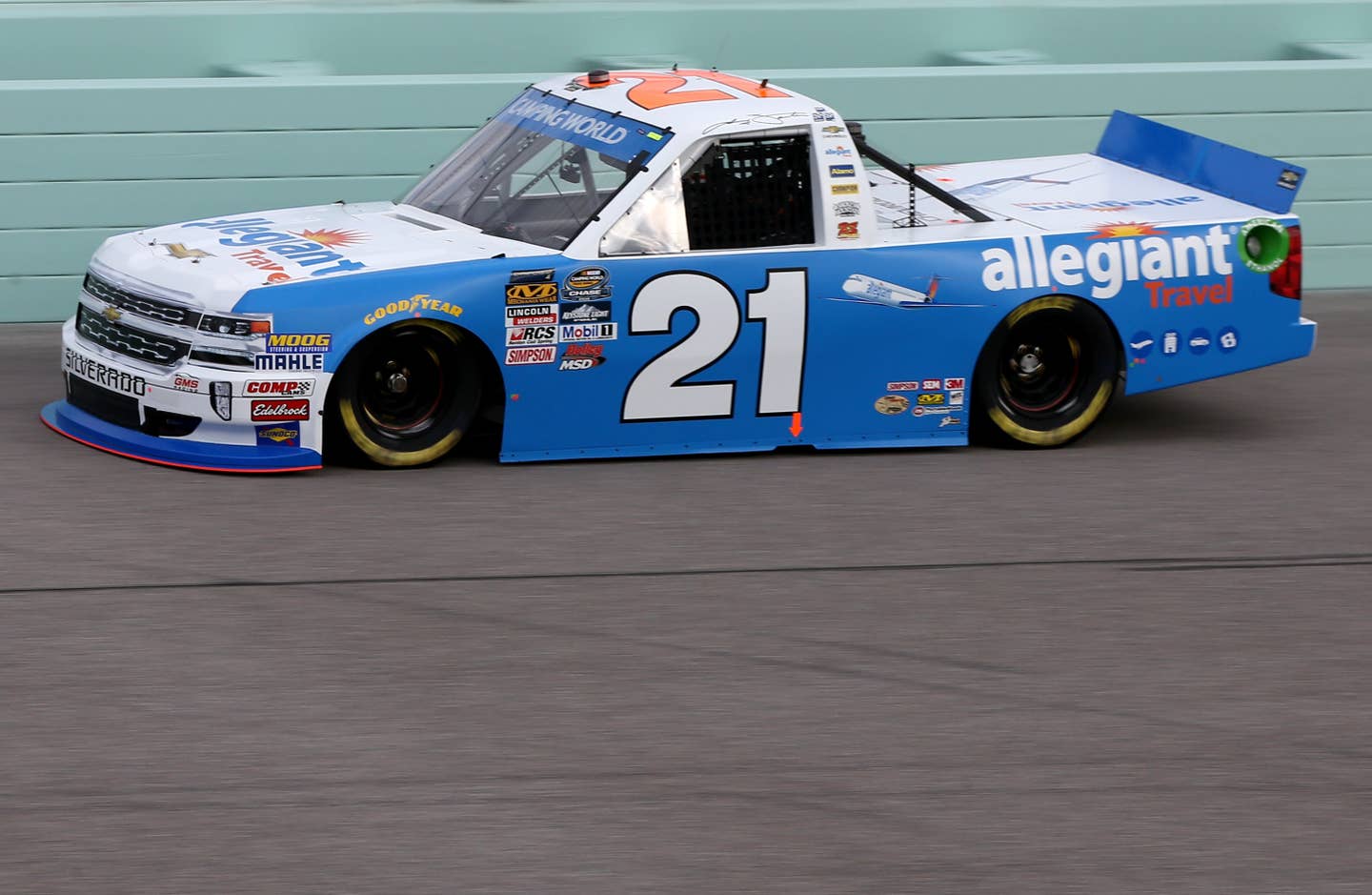 With seven teenagers starting in the top 12 of Friday night’s Ford EcoBoost 200 NASCAR Camping World truck series finale at Homestead-Miami Speedway, you might have expected plenty of caution flags.

But everybody behaved themselves, and aside from a few spins by backmarkers, it was a surprisingly calm run to the championship with the four Chase finalists, Christopher Bell, Matt Crafton, Tim Peters and Johnny Sauter able to battle it out among themselves with no real issues with the other trucks on the track.

And when the checkered flag fell, William Byron took the win, with Tyler Reddick second, but neither qualified for the final four chase. So third place was the most important finishing spot – that’s where Wisconsin veteran racer Johnny Sauter ended up, and it was enough to give him his first NASCAR championship.

Lofton, Bell and Peters all finished in the top 10, so it was a genuine shootout for all four contestants. It was sad that Byron didn’t make the championship run – he was leading in Phoenix when his engine failed, which moved him out of the top four. Byron won seven races this year, and it’s something of a fault in NASCAR’s championship structure – applied this year for the trucks and the Xfinity series for the first time – that one bad finish was enough to eliminate him from the championship chase.

At least Byron won again in the finale, so he definitely made his mark in the truck series this year after a stellar season.

It was an emotional championship for Sauter, who comes from a big racing family that has, for the most part, had to operate on the fringes of the big leagues despite undeniable talent. He started the race in 19th, the furthest back of any of the four finalists.

It was at least as emotional for crew chief Joe Shear, Jr. His father was a racer, and won four of the last five races in the final year of his career, which was cut short by cancer at age 54.

The championship was also a validation of Sauter’s move this year from the solid ThorSport team to the (then) two-year-old GMS Racing team, where his teammate is Spencer Gallagher, son of the owner of Allegiant Air, sponsor of Satuter's Chevrolet. The family has pumped a lot of money into GMS, and this is a validation of that investment, too.

Saturday, it’s on to the Xfinity championship finale, and Sunday, for the NASCAR Sprint Cup championship.