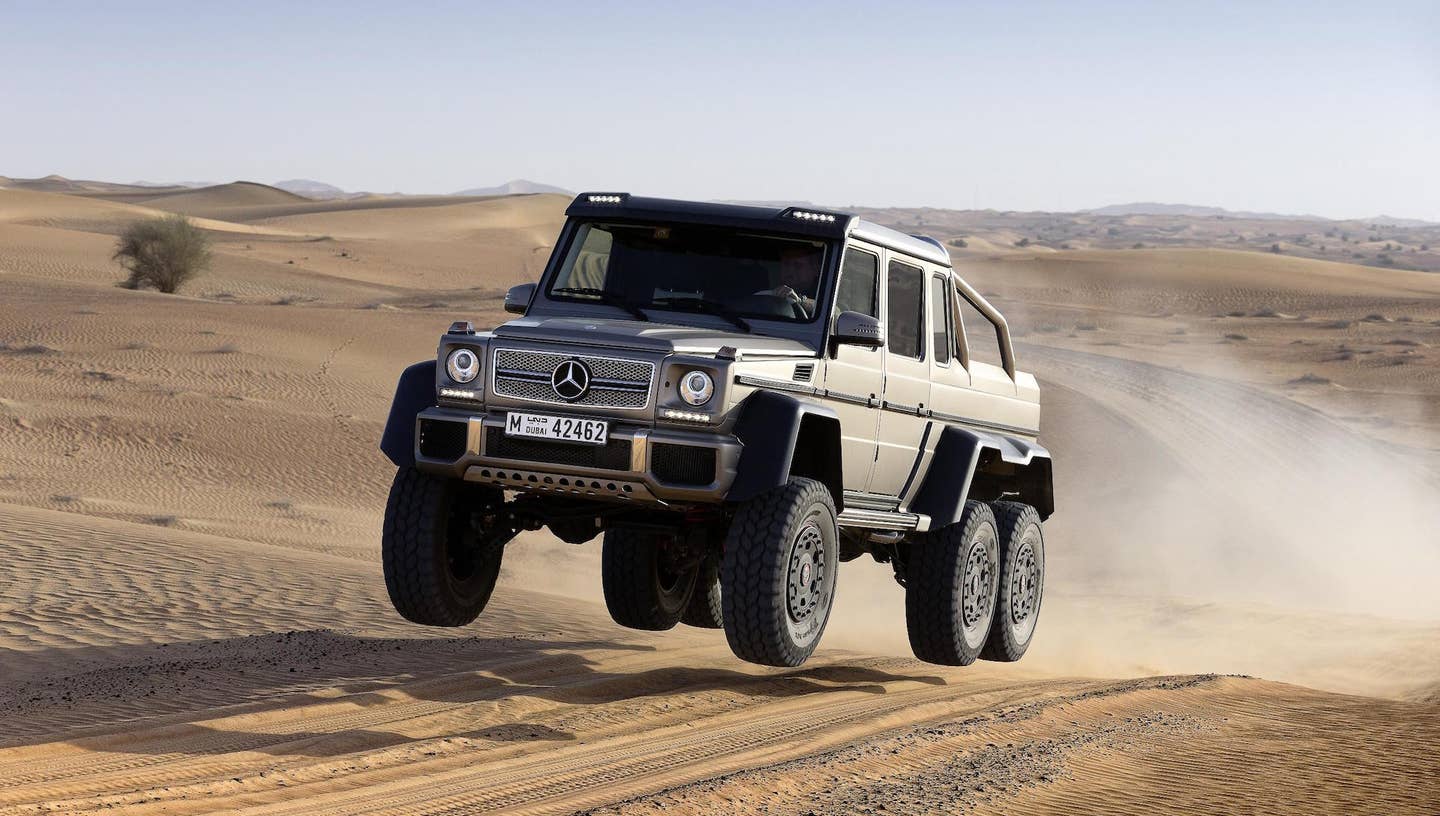 Mercedes-Benz calls the G63 AMG 6x6 the “automotive declaration of independence.” Seems about right. This is a truck that has five locking differentials, three transfer cases, six beadlock wheels on portal axles, and weighs nearly 9,000 pounds. It jumps dunes, and fords rivers, and offers breakover angle to scale a scale a prison wall. It is raw capability, distilled through a testosterone filter, inside a large, steel riveted refrigerator box with two turbochargers strapped on the nose. The only thing keeping the G63 AMG 6x6 from being perfect is that Mercedes never officially sold it in the United States.

Still, a few examples have made it to our shores and, on rare days, one of those pops up for sale. Today is that day.

See: This 2014 Mercedes-Benz G63 6x6, with all of 3,000 miles on the odometer, just listed on Dupont Registry. The truck's been worked over by the lunatic tuners at Brabus, who converted it to G700-spec. That means the 5.5-liter V8 gets a turbo upgrade, trick exhaust work, special tuning, and gold insulation to stave off heat soak under the hood. All that is good for 700 hp and 708 lb-ft of torque, up from for 536 hp and 561-lb-ft in stock form. The Brabus G also has a ton of matte and carbon exterior goodies, remote-operated running boards, and more LED lighting than War Memorial Arena. Basically, this truck is king shit. You want it.