Oslo Wants to Be Car-Free in Four Years

Ban cars downtown, and Norwegians will probably go for it. 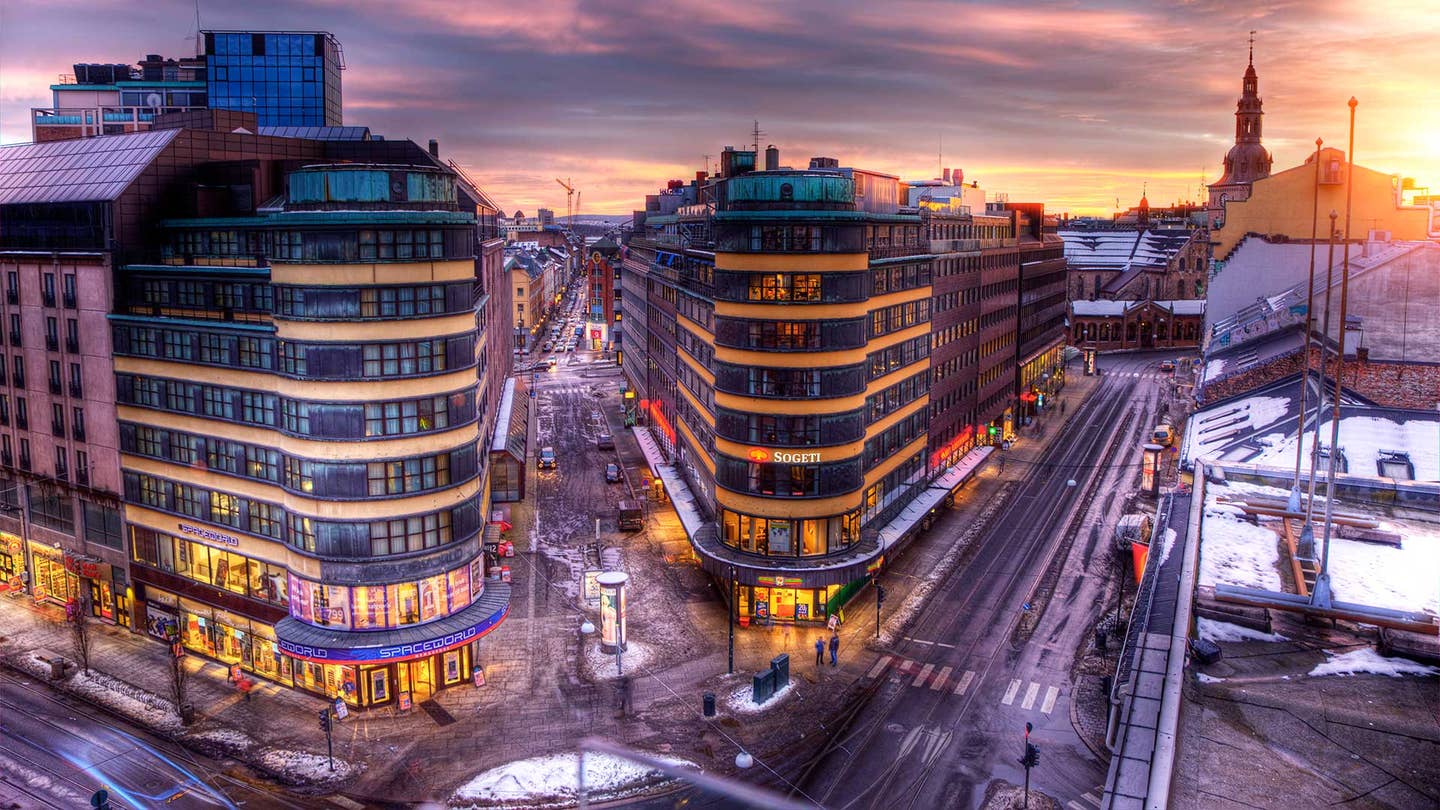 By 2019, the Norwegian capital wants to ban cars from certain downtown zones, potentially becoming the first major European city ever to do so. In return for creating a haven for pedestrians and cyclists, the Oslo city council will make a “massive boost” to build new public transport lines and add 37 miles of bike lanes. It’s unclear if motorcyclists will be excluded but, if all goes well, the streets will be open only to buses and trams within four years.

Other European cities, like Paris, have temporarily blocked cars. Some have been charging drivers electronic tolls, known as congestion charges, to enter downtown zones during certain times. Zermatt, a small ski town in Switzerland, has banned cars for years, opting for a fleet of low-speed electric carts.

These initiatives are environmental, sure, but it’s also a matter of convenience. New York’s bustling Times Square has been closed to traffic since 2009. While Mayor Bill de Blasio is tempted to reopen the thoroughfares, any Manhattan visitor can agree: It’s easier and safer than ever to walk around.

Save for an inordinate proportion of Teslas exempt from that tax, luxury cars, and indeed driving itself, isn’t exactly the catch of the day. Norwegians value their modesty—and their country’s abundant social services funded by high taxation—ahead of car ownership. Maybe Oslo is onto something. Or maybe, as we drink up the last warm days in loaned supercars, they’re just nuts.