Spec sports car series hosts racers from around the world 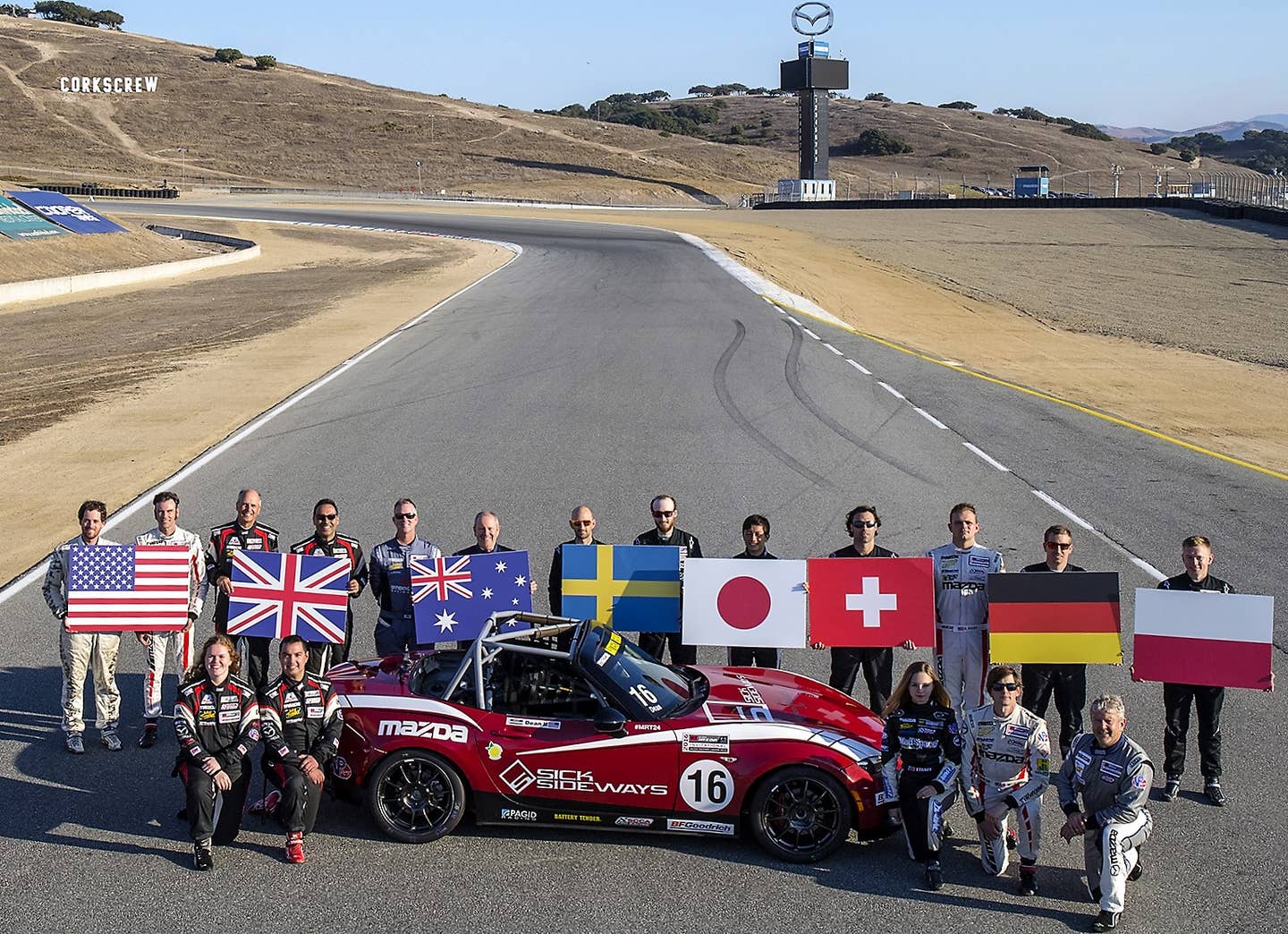 When the arrival of the all-new fourth-generation Mazda MX-5 Miata meant that there would, as a result, be an all-new MX-5 Cup race car, Mazda decided to see if they could make a global car into a global race series.

Rather than have multiple shops and racers try to turn the street car into a race car that used the same specifications, Mazda arranged for a respected North Carolina car builder, Long Road Racing, to build all the MX-5 Cup cars to one specification, and sell them for one price to any interested racers. The current price is $58,900.

This season, the plan has worked very well in the U.S., with large, extremely competitive fields. The cars are better built than ever, with cages constructed to FIA standards, and parts sourced from aftermarket companies at a cheaper rate than would be possible with a variety of builders.

And last weekend, the final part of the plan to make the series into a global entity took place at Mazda Raceway Laguna Seca in California: A race weekend that featured drivers from the U.S., Japan, Germany, Sweden, Poland, the United Kingdom, Switzerland and Australia, all racing identical cars.

It should probably surprise no one that a U.S. racer took the weekend – it was a tricky U.S. race track, after all – but almost all the racers were lapping in the 1 minute, 42-second range, including winner Nathaniel Sparks, though drivers from Germany and Japan beat his fast lap.

Said Sparks: “Honestly, there’s a lot of (American) guys here that have a lot of experience and laps in these cars and on this track, but for these international racers to hop into a car and show up the way they did showcases their level of talent, and it’s super impressive.”