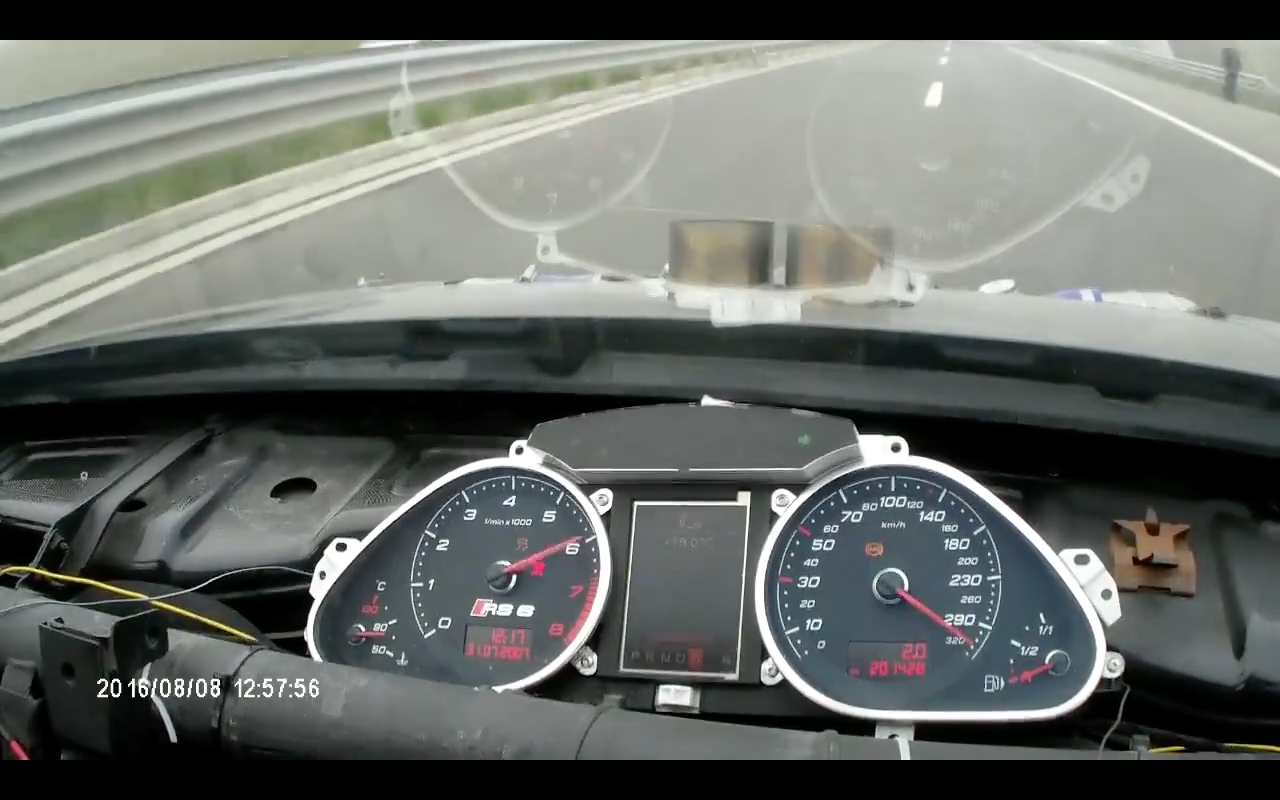 I'm not entirely sure what to call this creature. It is, or at one point appears to have been, a MKIV Volkswagen R32 Golf. Then some guys at a Serbian shop got ahold of it, lost their freakin’ minds, and built one of Europe’s wildest street rods. The results are nothing short of epic.

Note the dash cluster, ripped out of a C6-generation Audi RS6. That’s because this Volkswagen is packing that car’s twin-turbo 5.0-liter, one of the most sophisticated road-going ten-cylinder engines ever. The all-aluminum, quad-cam RS6 lump churned out a claimed 571 horsepower in stock trim; considering this example clearly has serious turbo work, and also sounds like the War in Heaven being settled with chainsaws, it’s probably making a lot more. Specs aren't available. Let's just agree that it's not slow.

Here, it should be noted that doing 200 mph on (at least what looks to be) a public highway is highly inadvisable. But these guys just built a V10-powered Golf and are fresh out of shits to give. So here’s a video of the car doing some nasty things. Bask in its glory.