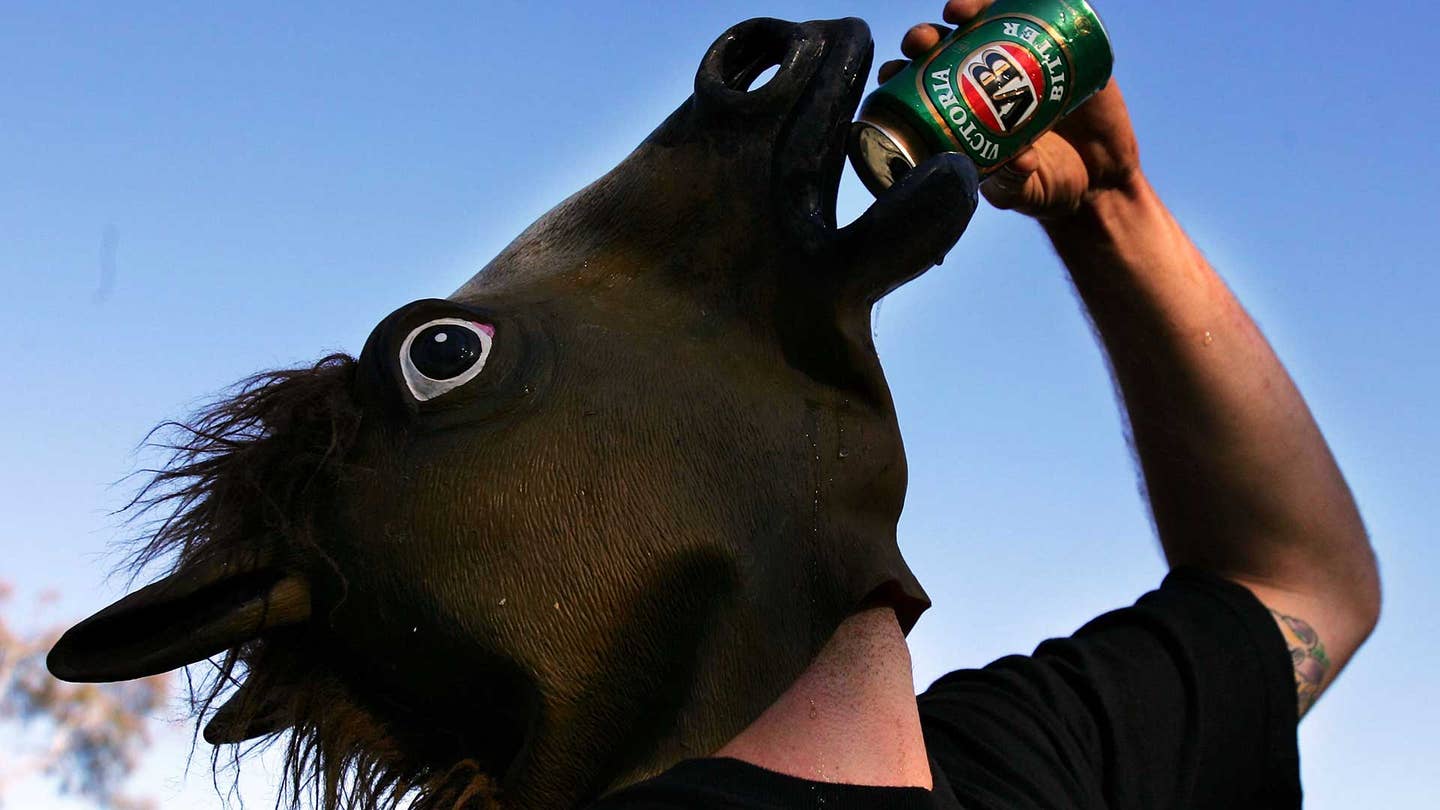 Once, during college, I wound up backpacking in Europe for a week with a couple of Australians. Both were from Melbourne, statuesque surfer types kind enough to learn me some things about their culture. Generally speaking, one said, his countrymen loved racing sedans with big, honkin’ V8s. And given the opportunity, the other added, an Aussie would drink you under the goddamn table.

This explains the Bathurst 1000, crown jewel of Australia’s stock car racing series, V8 Supercars. The event is held each October at Mount Panorama Circuit and spans an entire weekend. It is so outrageous, so wonderfully rowdy and absurd, that it's actually perfect. Think: New Orleans Mardi Gras, except with less papier-mâché and, somehow, more drinking. Also, racing. Really, really good racing. V8 Supercars is the Aussies' NASCAR, and Mount Panorama is their Talladega. Bathurst? That’s the Aussies' axis mundi.

So apropos of this year’s Bathurst 1000 weekend, which kicks off tonight, we bring you the faces of these wonderful fans. The ones drinking and carousing and occasionally getting into a fist fight, the folks wearing costumes and singing, faithfully swearing allegiance to team or driver. They’re the best of us. Without them, this’d just be another motor race.