It's two minutes faster than the old record—and breathing down the motorcycles' necks. 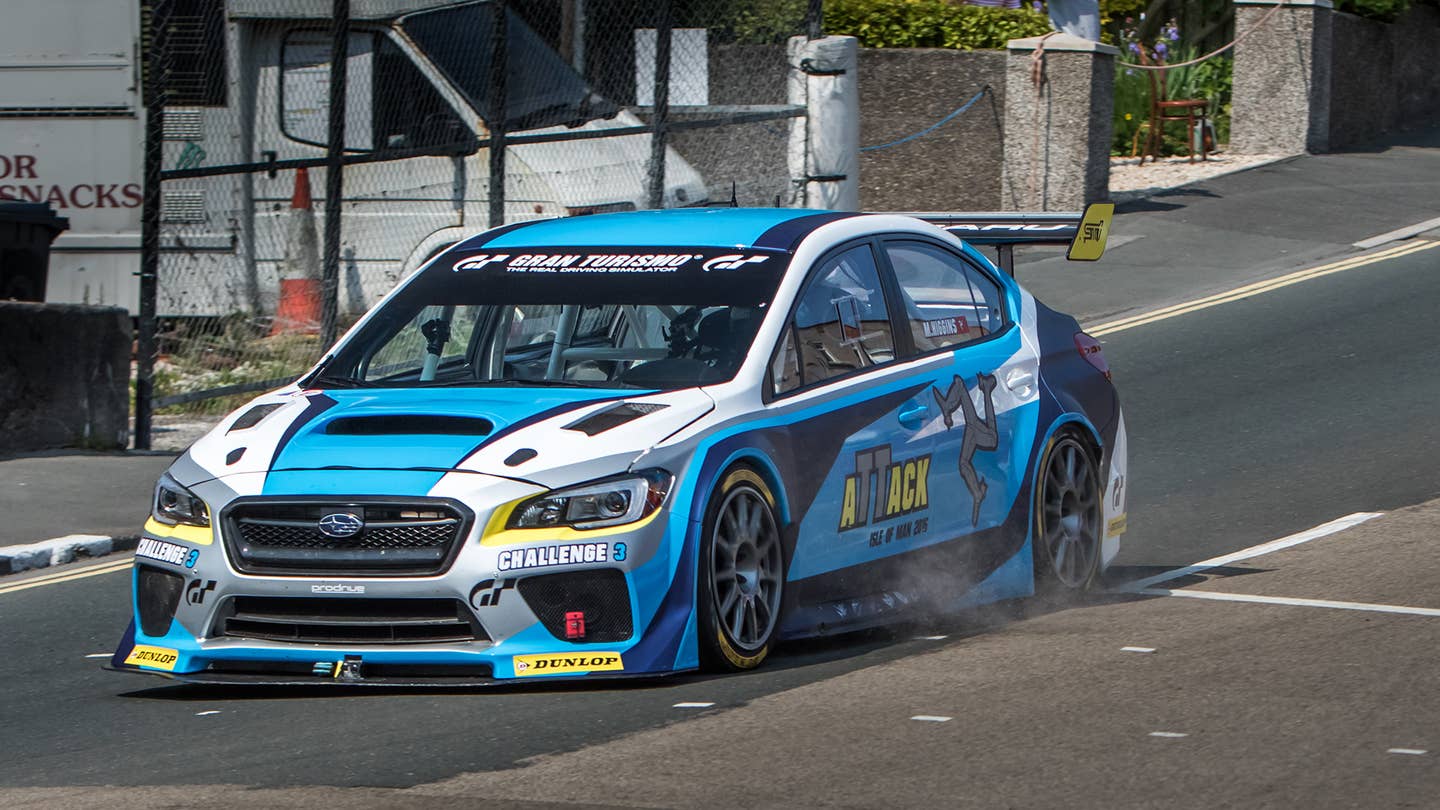 On Monday, Subaru driver Mark Higgins blasted his one-off, 600-horsepower Subaru WRX STI Time Attack car to a new record around the Isle of Man TT course, screaming around the 37.7-mile course in 17 minutes and 35 seconds. In case you failed long division, that works out to an average speed of 128.73 miles per hour.

Not only does that time curb-stomp the old record of 19 minutes and 26 seconds, set by one Mark Higgins in a largely-stock WRX STI back in 2014, it also comes within spitting distance of the latest records set by the motorcycle racers who made the island race course famous. During competition last weekend, Michael Dunlop zoomed around the course on a superbike in an unparalleled 16 minutes and 58 seconds—barely half a minute less than the jacked-up, stripped-down Subaru.

Subaru does have a bit of an unfair advantage when it comes to laying down automotive records at the Isle of Man TT. Subaru of America spokesman Dominick Infante tells The Drive the carmaker is the only auto manufacturer allowed to run on the course, thanks in part to Subaru's long-running sponsorship of the race. And unlike previous record runs, Subaru of America worked hard this year to optimize its car for the Isle of Man, teaming up with Prodrive and STI to modify the stock sedan into a custom-made time attack monster.

Impressive as the record is, it may not stand for long. Infante said Higgins and his super-STI may take another crack at it on June 10, in the hopes of knocking a few extra seconds off the time.

"With lower temperatures we would be making more horsepower," Higgins said, "so I still believe we have more left in terms of speed."

While Subaru hasn't released the official video of the record run yet, the good folks at Prodrive have released their own video of the monstrous WRX flaying the course alive. Check it out below.