The racing is fine. But the noises... 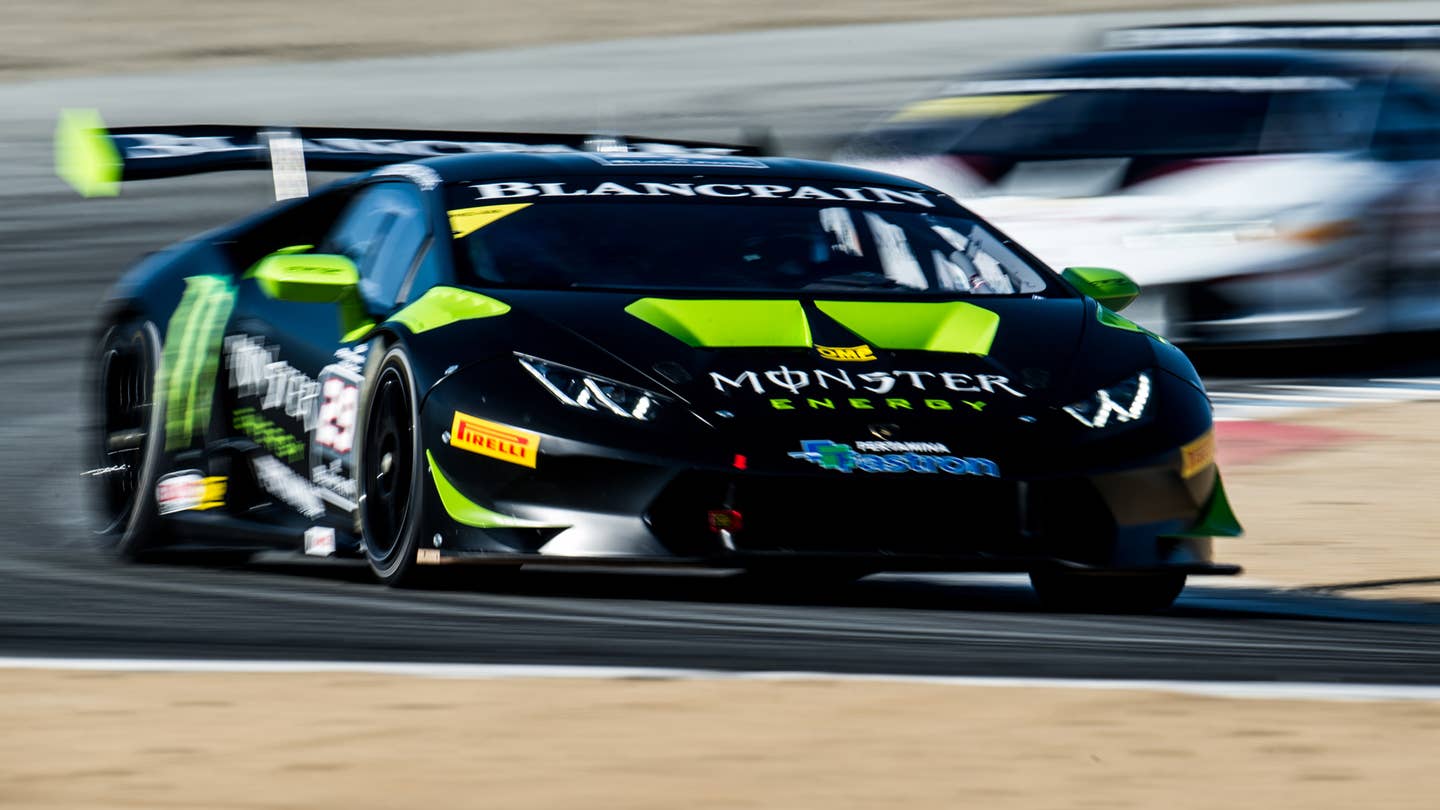 Lamborghini was never supposed to go racing. In the company’s early years, Ferruccio famously disallowed motorsport, an attempt to differentiate and distance his company from Ferrari. Bob Wallace and Giotto Bizzarrini and Gian Paolo Dallara, Lamborghini’s proverbial Founding Fathers—they all roots in racing. But Sant’Agata built road-going supercars and grand tourers. Simple as that.

Five decades on, things are different. Since Volkswagen Group took ownership of Lamborghini in 1998, the former has ratcheted up the latter’s racing presence. The Italians may built the cars, but the Germans control the business end. And the Germans think racing is key to profitability. So now we have the Lamborghini Super Trofeo series.

The 2016 North American season kicked off earlier this month at Laguna Seca. The grid is all privateer, high-roller gentlemen drivers, in matching Huracán LP 620-2 Super Trofeos. The racing is fine. But the sounds from an entire field of 5.2-liter V-10 going full-whap, echoing through Monterey at 8,200 rpm? That’s the stuff that makes it worth watching.

Video evidence is below. Skip to 6m20s to hear all the ten-cylinder Lambo goodness.