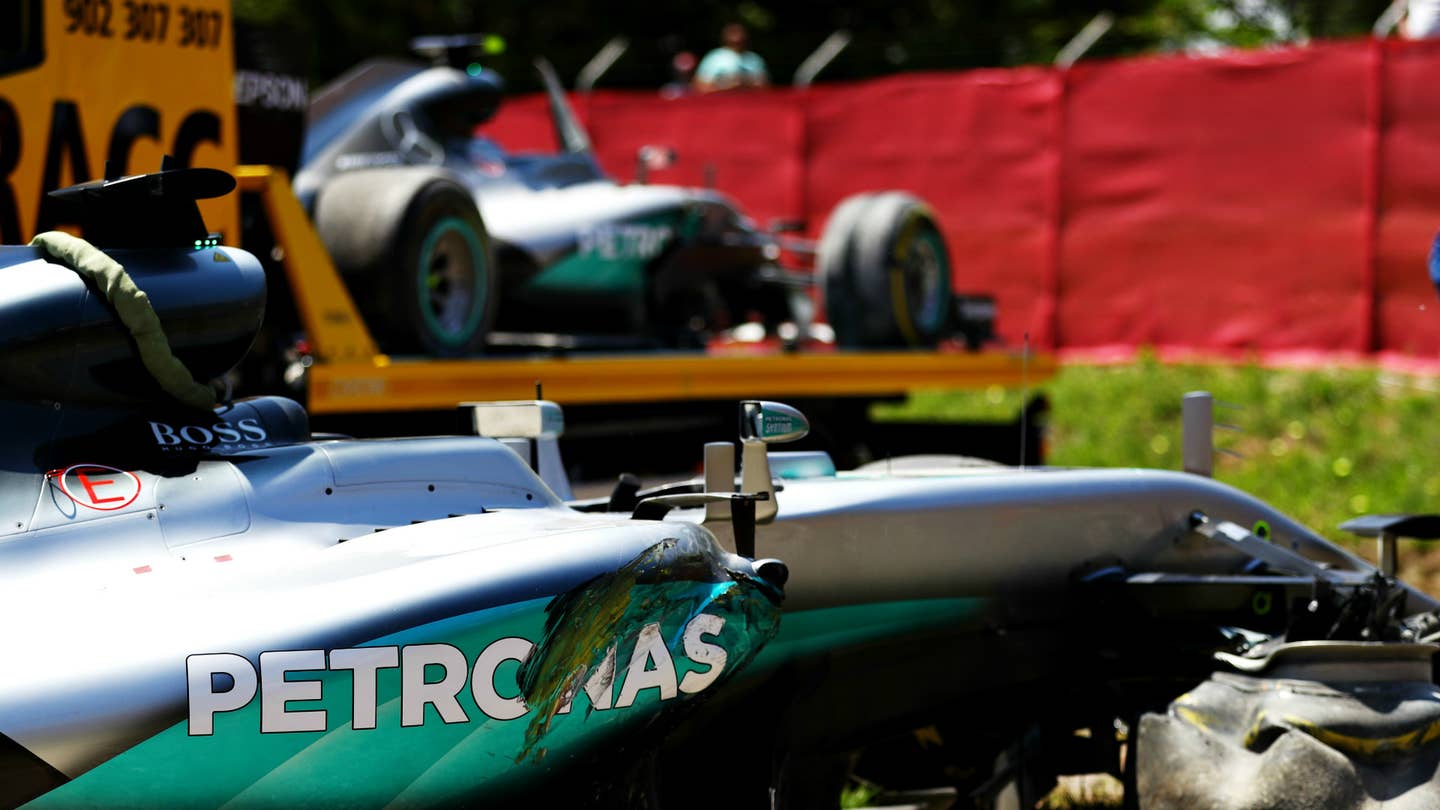 Well, nobody saw this one coming. Just a week after replacing the troubled Daniil Kvyat at Red Bull, teenage phenom Max Verstappen has won the Spanish Grand Prix in his team debut. Aged 18 years, 227 days, he’s now the youngest race winner in the history of F1, and the the first Dutchman to take a World Championship victory. Verstappen spent the latter half of the race smartly fending off Ferrari’s veteran Kimi Räikkönen, who kept constant pressure for more than 20 laps, at times within two-tenths of a second. He took the second step on the podium, followed by Ferrari teammate Sebastian Vettel.

The nigh-undefeatable squad saw its race end on the first lap, just seconds into the race. With current championship points leader Nico Rosberg leading out of Turn 3, his teammate and defending champ Lewis Hamilton went to pass along the inside. Rosberg made an aggressive move to block; Hamilton put a wheel off into the grass. He jackknifed, collected Rosberg, and both crashed into the gravel pit at Turn 4. It wasn’t Senna vs. Prost at Suzuka ‘89. But it sure felt like it.

More madness. Verstappen’s Red Bull teammate, Daniel Ricciardo, duked it out with Vettel in the closing minutes, at one point managing a (risky) pass, before a freak tire blowout on the last lap sent him into the pits. He still finished fourth, leading the Williams of Valtteri Bottas. Toro Rosso’s Carlos Sainz, Jr. took a surprising sixth, the best of his career, followed by an equally surprising seventh from Force India’s Sergio Perez. Felipe Massa’s Williams was eighth, Jenson Button finished ninth for McLaren-Honda, and the Toro Rosso car of Kvyat, who’d lost his seat to Verstappen, rounded out the top-ten.

Haas F1, the lone American team, struggled. Esteban Gutiérrez ran as high as eighth in the closing laps, but finished eleventh, just out of the points. Romain Grosjean’s car retired with braking issues.

The Spanish Grand Prix was easily the best race this season. Historic, on account of Verstappen, but genuinely unpredictable, too, something F1 hasn’t felt in a while. That’s all good tidings for the next race, the Monaco Grand Prix, on May 29.