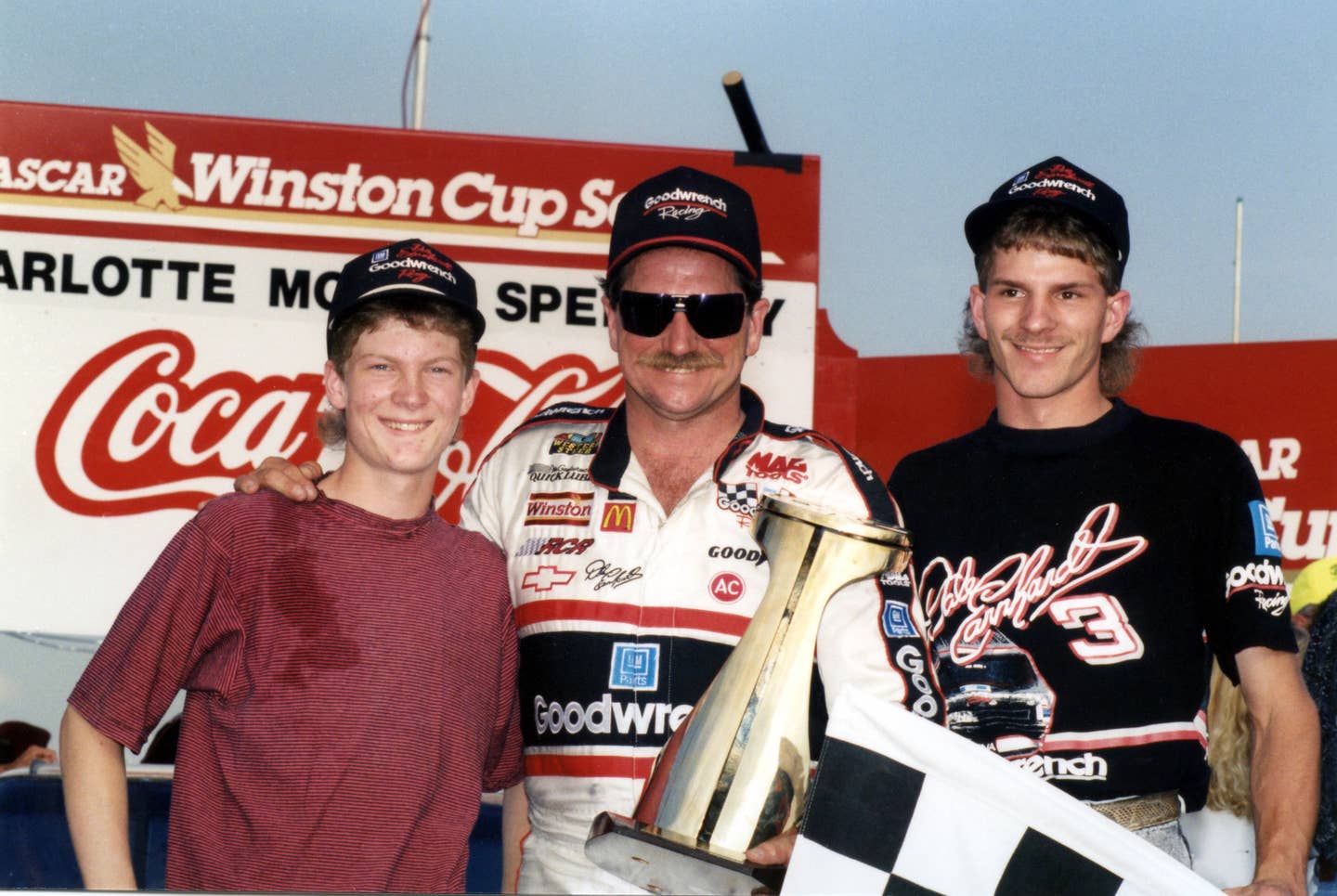 How low can Teresa Earnhardt go? We’re finding out.

Kerry Earnhardt, Dale Earnhardt’s oldest son, is in a trademark battle with Teresa Earnhardt, court-appointed and certainly self-proclaimed curator of anything and everything that has to do with Dale, apparently including his children and their last name.

Kerry and his wife have entered a business venture involving home design, which they call “The Earnhardt Collection.”

Teresa apparently feels that any use of the name “Earnhardt” can only legitimately apply to Dale Earnhardt, and she and her attorneys filed an appeal in federal court over a U.S. Patent and Trademark Office ruling that failed to uphold Teresa’s challenge to the “Earnhardt Collection” trademark, which was requested by Kerry Earnhardt, Inc.

Her appeal said that using the name Earnhardt “may falsely suggest to the public in this country that such goods enjoy a sponsorship approval or other commercial connection with Dale Earnhardt or his successor-in-interest,” which, of course, is her. Multiple websites list her net worth at about $50 million, so you have to wonder where this is coming from.

Years ago, when Dale Earnhardt was still alive and Dale Jr. was fast en route to superstardom, Budweiser plastered the country with billboards that had a “Like father, like son” message, featuring the two Dales, and only the two Dales.

At the time, I couldn’t help but wonder how that made Dale Earnhardt’s other son, Kerry, feel. I had recently done a story on Kerry, and found him to be painfully shy, unfailingly polite, and unfortunately, not a very good race car driver. He seemed to lack the passion – for that matter, so did Dale Jr., compared to some of the more dedicated young racers – but mostly, Kerry just lacked the talent that it seemed his brother inherited. But he did manage to stay in ARCA and NASCAR from 1998 to 2009, so he has more than a right to claim himself part of the racing community.

Kerry is the son of Dale’s first wife, Latane; his parents divorced when he was just a year old, and Kerry did not see much of Dale. Dale Jr. is the son of his father’s second wife, Brenda; they divorced soon after Junior was born. Dale Sr. married his third wife in 14 years, Teresa, in 1982. Teresa was 23, packed full of trophy-wife pulchritude.

When Dale was killed in 2001, Teresa assumed the dual role of grieving widow and evil stepmother. Then and now, tension has always been palpable between Teresa and Kerry, Dale Jr. and Kelly, their sister. (Dale and Teresa had one child of their own, Taylor Nicole, in 1988. She prefers rodeo to racing.)

So what? So this: These past few days, Teresa Earnhardt has been wearing that evil stepmother hat low and pulled tight around her ears.

Kerry, 45, and his wife René have a deal with a company named Schumacher Homes, which has built over 12,000 houses around the country, from Texas to Pennsylvania.

Kerry and his wife consulted with the Schumacher family on 21 home designs. One was named the “Giant Sequoia,” in memory of his father, Kerry said: “You never really know how big a tree is until it falls.”

The trademarked-named Earnhardt Collection was launched at the NASCAR Hall of Fame in 2011. A videotape of the presentation never suggests that Dale Earnhardt had anything to do with the Earnhardt Collection. Kerry does reference his father in the presentation. But he does not say his father spoke from the grave to tell him to design homes. It is all done with class, and Kerry and his wife are up front involved in the pitch for every design.

Kerry’s siblings have gone on record as saying that have no problem at all with “The Earnhardt Collection” – “Hate that my brother & family have to deal w/ this nonsense for over 4 yrs. It's our name too! We were born w/ it!” tweeted Kelly Earnhardt. The “family” hasn’t been together since 2010, when Junior drove, and won with, the number 3 Wrangler car at Daytona’s Jalapeno 250 Nationwide series race, and that was an icy affair.

We know Teresa has lawyers. If she has any public relations consultants she trusts, we’d suggest she listen to them now – and go back into seclusion.