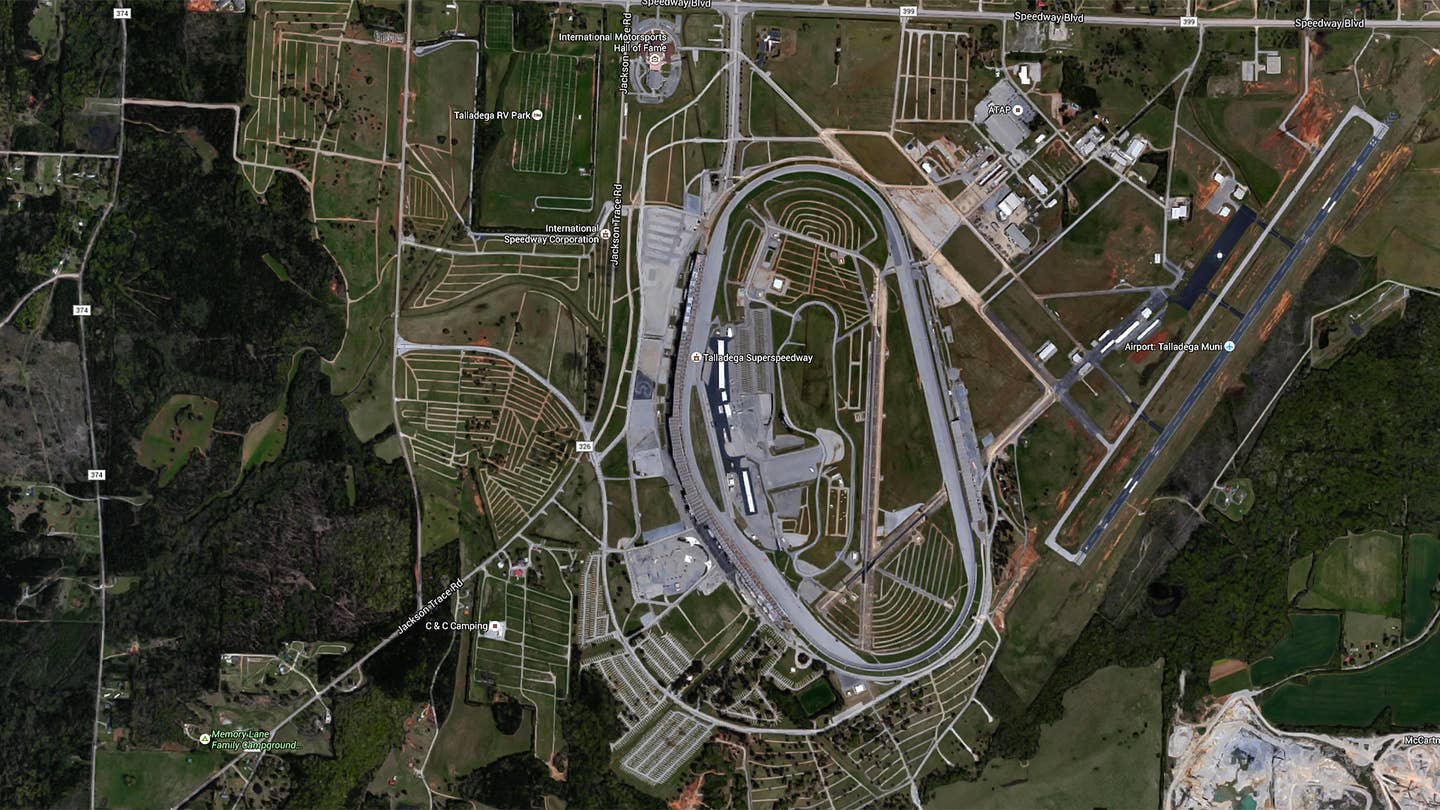 Google Earth is a wondrous thing, science fiction conjured into techno-reality. Want to scope out Lincoln’s nose in a 3-D rendering of Mount Rushmore? Here. Marvel at the ozone-scraping towers in downtown Manhattan? Done. Drink in the Grand Canyon, then put that terrain in perspective? One click is all it takes. Hell of a time to be alive.

And, after you’ve laid eyes on the monuments and Americana, it's time to go all Buck Rogers on the world’s finest racetracks. (Racetracks!) The size, the scale, the surrounding area—all ripe for oggling, and Google Earth’s the best platform for doing that. Peek into the woods at the Nürburgring, and see just how small Laguna Seca is by comparison. Or stop into the ruins of abandoned ovals, those crumbling horsepower areans. Want the highlights? Here, we take an aerial spin around our favorite racetracks.

Home to endurance racing, European sprints, and the F1 Belgian Grand Prix. Look closely, and you’ll spot Eau Rouge, the gnarly uphill righthander that separates the men from the boys.

Some people will tell you it’s just four corners, asphalt laid over brick, marooned in the midwest. Those people are heathens. One trip to Indy for the 500 will make you a believer for life.

From sky-view, it looks like a tarmac squid. Each June, la Sarthe hosts the 24 Hours of Le Mans, the oldest (and most storied) event in endurance racing: The squid’s been forging heroes and taking lives since 1923.

The hallowed Salt Flats, where top speed records are set and shattered, on two wheels and four. This place can make you a legend or a memory for next of kin.

Recently renovated; still a classic. This is where the IMSA endurance racing season kicks off each year (Rolex 24) and also the site of NASCAR’s equivalent to the Super Bowl (Daytona 500).

Glamor. Money. Sex. Speed. Monte Carlo’s street course is a holdout from the glory days of Grand Prix racing. So what if the circuit is too tight for passing? F1 belongs in Monaco.

Behold, beauty in simplicity. If dirt ovals are the lifeblood of American grassroots racing, Eldora is its half-mile clay heart. And, since it’s owned by millionaire NASCAR stud Tony Stewart, the Big E will be pumping for years to come.

Just a few hours down the Autostrada from Maranello, this is the Ferrari tifosi’s Mecca, the site of the F1 Italian Grand Prix. Well, for now at least.

Daytona may be the site of NASCAR’s Super Bowl, but Talladega is bigger...and faster. Not shown on Google Earth: The Native American curse put on the ground on which the track is built. Who'll get bitten by the Talladega Jinx this year? Watch this weekend and find out.